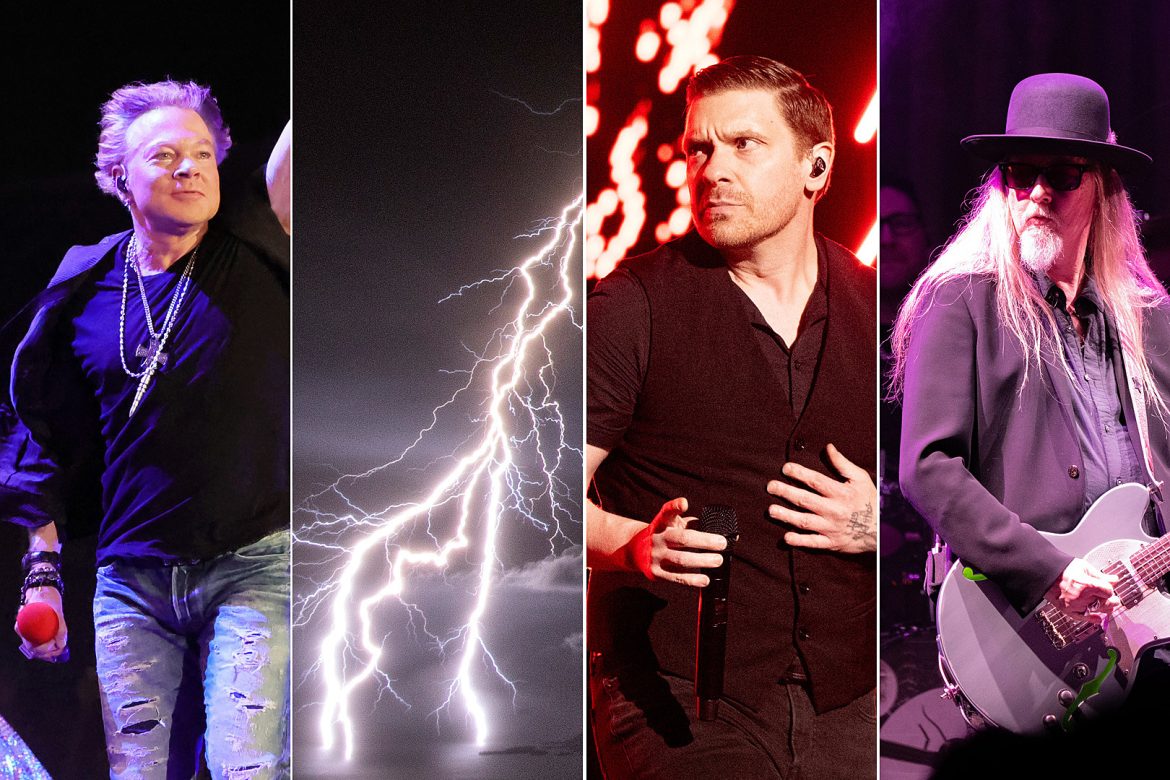 The weather continues to play a major role in the 2022 edition of Welcome to Rockville. A night after Korn, Breaking Benjamin and Skillet were unable to perform due to inclement weather in the area, weather impacted Saturday (May 21) festivities as well, forcing abbreviated sets from Jerry Cantrell and Shinedown, while headliners Guns N’ Roses were unable to play at all.

Once again, rain and lightning in the area led festival organizers to advise fans attending the event to seek shelter. The delay then forced some rescheduling of sets with Dirty Honey, Alexisonfire, Sick of It All and Saul all losing out on their performances on Saturday.

Jerry Cantrell was one of the artists who was able to get in some stage time, but he was only able to play an abbreviated seven-song set that included “Brighten,” “Cut You In” and “Psychotic Break” as well as the Alice in Chains songs “Them Bones,” “Check My Brain,” “No Excuses” and “Man in the Box.”

Shinedown’s set time was also pushed back and they too had a chance to play an abbreviated set, but a second storm hitting the area shut things down after they had only played “Devil,” “Planet Zero,” “Get Up” and “Enemies.”

Brent Smith told the crowd, “There’s nothing we can do about this. We’ve been informed for a Code Red. We have nothing to do with this. This is Mother Nature and at the end of the day, she’s the boss.”

Sadly, there was no coming back a second time for festival goers. “Unfortunately there is another storm headed our way so we regretfully will be cancelling the rest of the show tonight. We are as heartbroken as you are that today’s inclement weather has disrupted our plans, but ultimately the safety of our fans, artists, staff and vendors are of the upmost importance. Please make your way to your vehicle or campground calmly. Thank you and see you tomorrow,” stated a message posted via the festival’s socials. As such, Guns N’ Roses’ headline set became the night’s final weather-related casualty.

That meant that for the second night in a row, the festival headliner would not be able to perform due to the weather. Kevin Peebles of the Appetite for Distortion podcast tweeted out, “This close to it happening. Crew set the stage. They were clearly rushing to get set so they could play. Spitting with rain but then the lightning came. They cleared us out and the rain is now the worst I’ve ever seen.”

Slash added, “Tonight’s cancelation at Welcome to Rockville was a massive disappointment. We were really looking forward to the show. But the weather had other ideas. We sympathize with all you guys who got rained out along with us, it fucking sucks. Another time, sooner than later!”