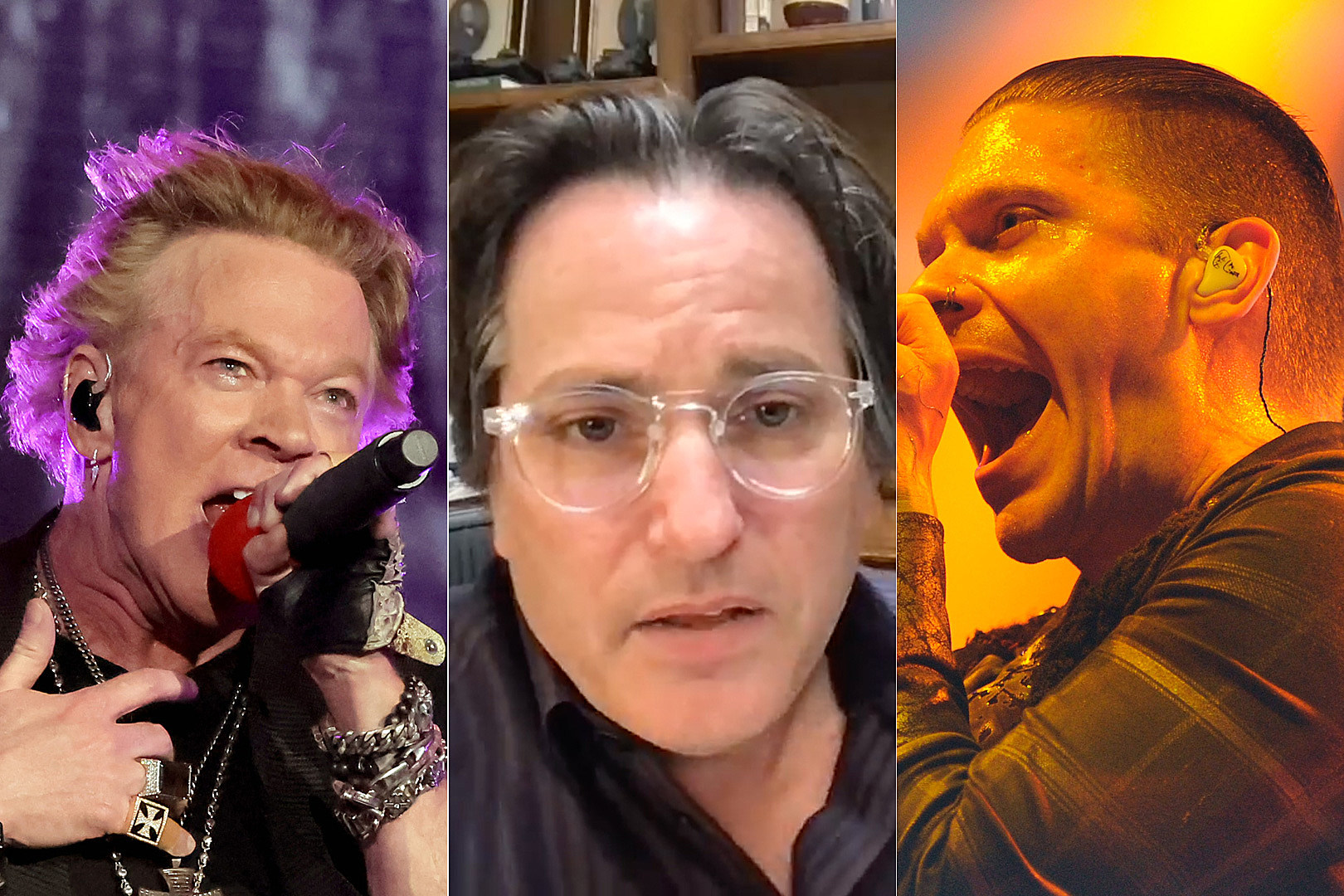 The 2022 edition of Welcome to Rockville is in the books, but as those paying attention over the weekend know, things did not go off without a hitch. Weather issues plagued the festival, forcing multiple shortened sets and cancellations and the loss of performances of headliners Korn and Guns N’ Roses on Friday and Saturday (May 20-21). Danny Hayes, CEO of Danny Wimmer Presents, held a Town Hall discussion Wednesday (May 25) afternoon to discuss and explain some of the issues at hand and here’s what we found out.

The festival featured multiple pauses and eventual cancellations over the course of Friday and Saturday as the weather in the area became an issue.

“I wish we actually were not good at evacuations cause that would mean we hadn’t done ’em, but when you do the live events business and anyone who goes to a festival knows, there’s gonna be weather,” explained Hayes, who went on to share that he was incredibly proud of all Wimmer staffers, venue employees and security and police staffing for being able to pull off five evacuations without major incident.

“Our No. 1 priority will always be your safety, and we’ll always do what’s right. I’m telling you right now, the decisions that were made last weekend, I would make them 100 of 100 times.”

What Goes Into the Evacuation Decision

As Hayes explained, evacuations are often put in place well before the brunt of the weather hits the area. “It is not rain,” explained Hayes. “Rain is never our issue unless it’s turned into a dangerous condition.” Rather, issues such as high winds, lightning and tornado warnings all play a role in the potential evacuation, with the CEO commenting that they are often looking at “what’s coming behind the weather” that is currently being experienced at the venue.

That said, there needs to be time in order to move people to safety. They primarily have tried to move those in attendance to the grandstand area as it holds 50,000 and Hayes viewed it as the safest place that could withstand weather conditions.

What Happened With Shinedown and Guns N’ Roses

Weather can be unpredictable. As Hayes broke it down, they were presented with a forecast that looked as though what remaining weather was en route would miss the festival grounds. As such, Shinedown were allowed to start their set after a delay, but shut down soon after as the forecast changed and the Rockville grounds were now directly in the path of the coming storm.

The CEO also shared that cloud-to-ground lightning strikes in the area require 30 minutes of clearance before festivities can proceed, so with each instance of a strike, the timer is reset.

While it was their hope that Guns N’ Roses would be able to play, the weather did not relent. “We were heartbroken on Guns. We’d love to get ’em back next year,” says Hayes, who gave the band credit for sticking through the delay. “They really wanted to play and they were there until the last second until we said there’s no chance.”

Weather Posts Were Not Pulled From Facebook to Hide Anything

As Hayes explained, Facebook has an algorithm that determines when things will show up in your feed. Given that there had been multiple weather posts made over the course of the two days of weather, they did not want people seeing Facebook weather posts from Friday or Saturday on Sunday just in case there was any breaking weather news happening during the course of the day to avoid any confusion.

According to Hayes, the Welcome to Rockville organizers are currently “having conversations” with the insurance company for the event about what can be done. “We are in conversations with the insurance company. It is not solely our decision,” said Hayes. “I need you to bear with me.” He did add that it is his hope to “have something” by the end of the week, though that’s not set in stone.

If something were to happen, all purchases would be emailed. So keep an eye out for future announcements where refunds are concerned.

Just moving the festival or bumping to another day is not really an option in these cases. Hayes cited a 10-14 day window to set up the festival and another 10-14 to strike the festival.

In addition, the festival happens in May as their venue is not available during the months of January to April, so they are looking for a block of time to fit their window on both sides.

As for moving back to the original home in Jacksonville, Hayes says that renovations to the venue have made it so the venue can no longer hold the amount of people that Welcome to Rockville brings in.

Why were some checked during evacuations and other times not? Hayes revealed that one of the reasons is crowd surge issues.

“We all know what happened as AstroWorld, and monitoring for surges is one of the most important thing that ops room does. We have cameras everywhere. If we see what looks like a potential surge forming, then we’re going to have to release the gates without security screenings and let people back in cause we have to release that pressure point,” he explained.

Citing that it did happen over the course of the weekend, he explained, “We saw the early stage of a surge and the only thing you can do at that point, if we send security out there and they can’t get it calm, then you drop the gate and you let people in and you relieve that pressure point.”

Hayes said he’s heard the requests for more water stations and finding more options for shade and it is something that is being looked into for the 2023 event. He also commented that they had secured “every single mister in the state we could get our hands on” for this year’s event as well.

Watch the Welcome to Rockville Town Hall below.

There may be no more moving things in this world Heartfelt loss and the uplifting power of music. Fortunately, we got a bit of both over this past weekend when over 1,000 musicians gathered in Paris at the Stade de France for a Rockin' 1000 concert that was highlighted by an impactful tribute to late Foo Fighters drummer Taylor Hawkins.While the concert featured musicians from 25 countries gathering together to […]