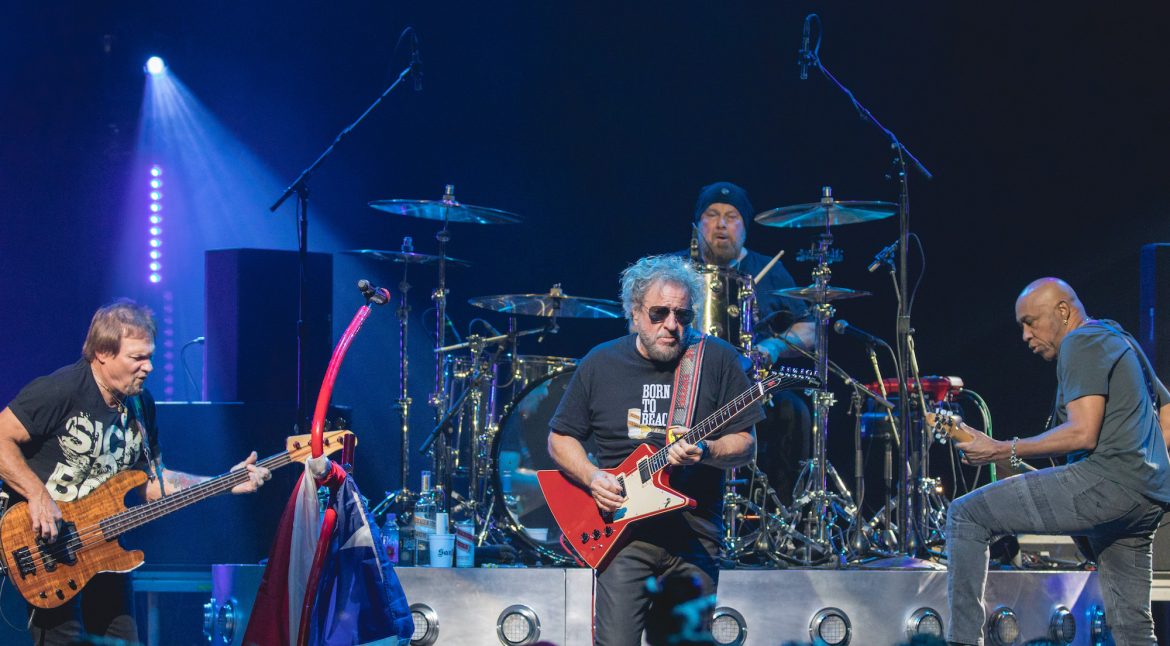 Shortly after the tragic death of their drummer, Taylor Hawkins, in March, the Foo Fighters canceled all of their upcoming tour dates.

Among these was a headlining slot at the first night (April 29) of the 2022 Beale Street Music Festival in Memphis, Tennessee. A few weeks after the cancellation, Sammy Hagar & the Circle were tapped by festival organizers to take the Foo Fighters’ spot.

In recognition of the Foo Fighters, and as a tribute to Hawkins, Hagar and the Circle included a rather loose but heartfelt cover of the band’s classic song, My Hero, in their Beale Street set.

You can see footage of the cover below.

“When we were asked by the promoter to fill in for the Foo Fighters at the Beale Street Music Festival, my first reaction was ‘No fucking way!’,” Hagar wrote in the video’s caption. “We discussed it as a band, and we came up with ‘Why not! Let’s just go play music – [put on] a big ass Circle party for those people, just do what we do!’

“Then, with Dave Grohl’s blessings, we decided to do a broken down version of one of my favorite songs from one of my favorite bands. It felt appropriate. No rehearsal. After all this is rock ‘n’ roll and thats what it’s all about.”

Hawkins’ death prompted an outpouring of tributes from the likes of Paul McCartney, Slash, Tom Morello, Brian May, John Mayer and Ozzy Osbourne.