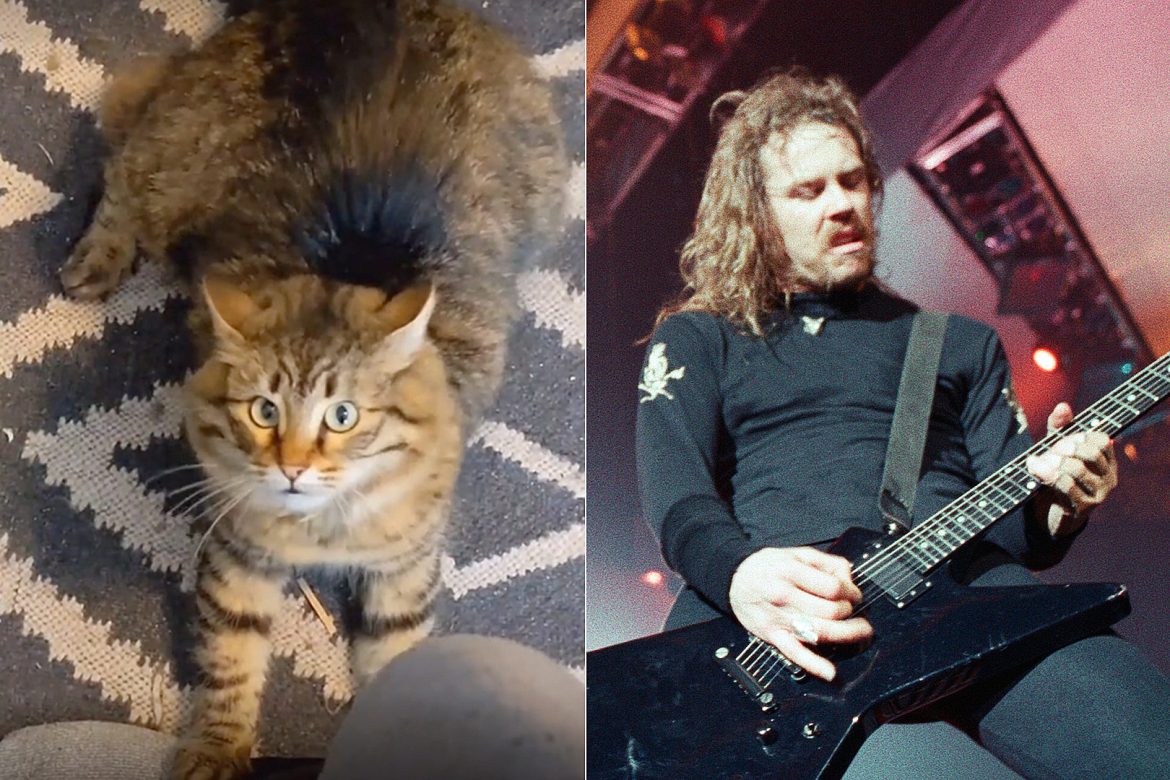 As many pet owners likely know, animals can have just as much personality as humans (and sometimes much more). One particular tabby cat’s personality was on full display when her owner shot a clip of her thrashing around and headbanging to Metallica’s global hit “Enter Sandman.”

While former Metallica bassist Jason Newsted thought the track was “kinda corny,” this ferocious feline sure didn’t. The video of this Metalli-cat was posted to TikTok Saturday (May 21) by owner @mrchashundley featuring the caption, “She’s back at it #catsoftiktok #tabbycat”. Since then, the post has amassed over 270,000 likes and has been shared more than 16,000 times.

The video clip also received numerous funny comments, with one user writing, “James Catfield really tapped into his wild side,” and another writing, “She needs her own moshpit.”

This is not the first time a cat has gone viral on the app for jamming out to some metal, and certainly not the first time we have covered it. As many may remember, cats have been going viral on TikTok for singing along to Ozzy Osbourne’s “Crazy Train” and even Disturbed’s “Down With the Sickness.”

Metallica’s eponymous 1991 album – widely known as “The Black Album” – is approaching its 31st birthday, coming off of a huge 30th anniversary celebrated that featured a reissue as well as The Blacklist, a compilation of 53 different artists covering songs from the record. Despite being around for 30 years, the monstrous record continues to sell thousands of copies every week and even cracked the Billboard Top 10 last year for the first time in 29 years.

Watch the video of the Metallic-cat below and grip your pillow tight as you struggle to not laugh.