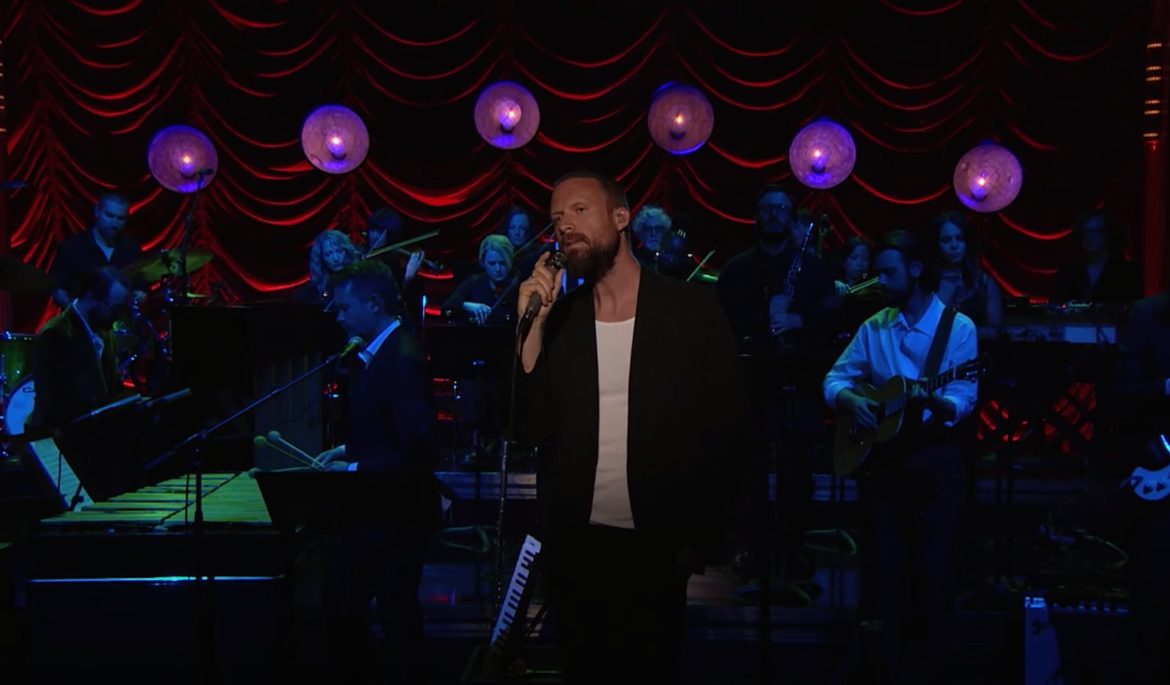 Father John Misty appeared on The Tonight Show to perform “Kiss Me (I Loved You),” from his recent album, Chloë and the Next 20th Century. Performing with a small orchestra, the musician offered an intimate, thoughtful rendition of the emotional ballad.

Chloë and the Next 20th Century, out now via Sup Pop, is Father John Misty’s fifth studio album and first in four years, following 2018’s God’s Favorite Customer. He released several songs in the lead-up to the album, including “The Next 20th Century” and “Funny Girl.” The music video for “Kiss Me (I Loved You),” directed and edited by David Raboy, stars actors Annie Hamilton and Alexander Zuccaro as customers who spend an evening at a bar.

Father John Misty recently announced a headlining tour in support of Chloë and The Next 20th Century, which will kick off July 31 at Red Rocks Amphitheatre outside Denver and wrap Oct. 8 at the DPAC in Durham, North Carolina. Suki Waterhouse will provide support throughout must of the trek. The Colorado Symphony will back Father John Misty at the Red Rocks gig, while the show at Radio City Music Hall in New York City will boast accompaniment by the New York Pops.