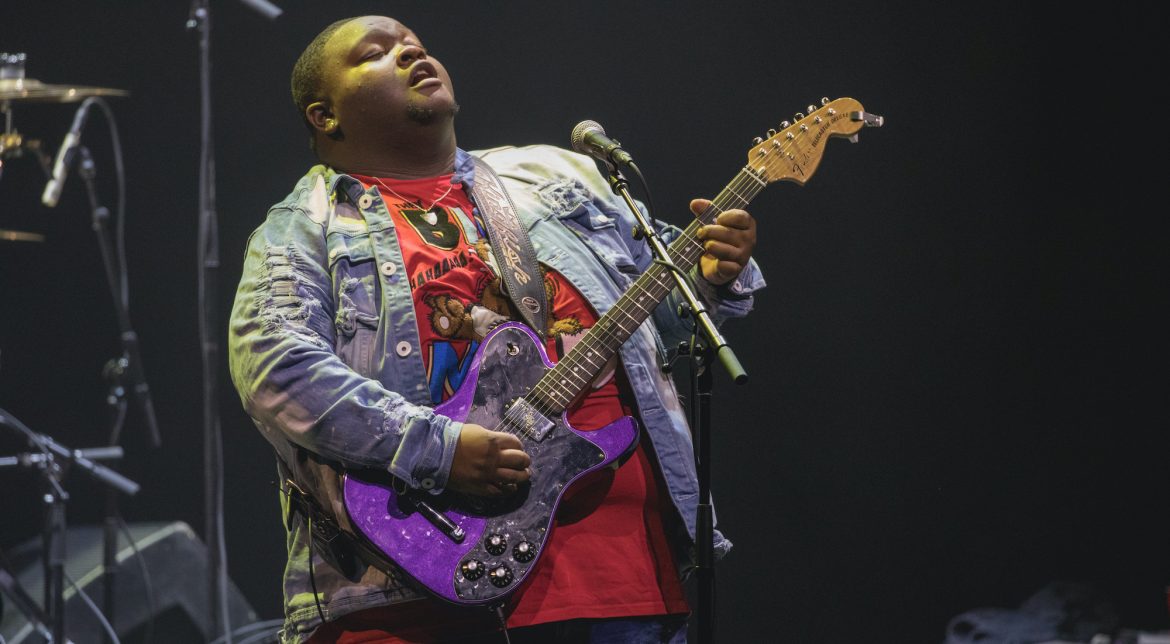 In April, the Mississippi native bagged his first ever Grammy Award, for Best Contemporary Blues Album. That same month, he was also chosen to be a part of Kenny Wayne Shepherd and Buddy Guy’s Backroads Blues Festival tour, which is set to take place this summer.

Now, Ingram can also cross ‘playing the U.S. national anthem at a major sporting event’ off of his career to-do list.

Prior to the Memphis Grizzlies’ home playoff game against the Golden State Warriors Tuesday night (May 3), Ingram lit up the crowd at Memphis, Tennessee’s FedExForum with a fiery instrumental performance of The Star-Spangled Banner, footage of which you can see below.

Wielding a purple Telecaster Deluxe, Ingram plays things fairly safe at first – no wild feedback excursions here – but does fit in some awe-inspiring vibrato displays. Just before he brings the song home though, he briefly veers off-course into a smokin’, wah-driven lead break – much to the delight of crowd.

Still only 23 years old, Ingram is widely regarded as one of the best blues guitarists in the world today, and has been praised as one of the most prominent young artists keeping the genre alive and vital.

In an interview with Guitar World last year, Ingram discussed how he feels about his status as a sort of torch-bearer for the blues in the 21st century.

“Oh yeah, I definitely feel it,” Ingram said when asked if he felt pressure from those looking to him to carry on a specific musical tradition. “There’s a lot wrong with the blues genre right now. People that come along you think that are bringing something really authentic to the table, [and] people got to keep that thing on you; they’re like, you got to be the one to keep it going this way, but you got a whole lot of stuff that you want to do differently.

“I feel like that’s the pressure with that sometimes, but most of the time I’m just riding the wave, man.”