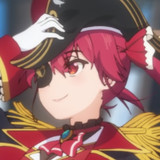 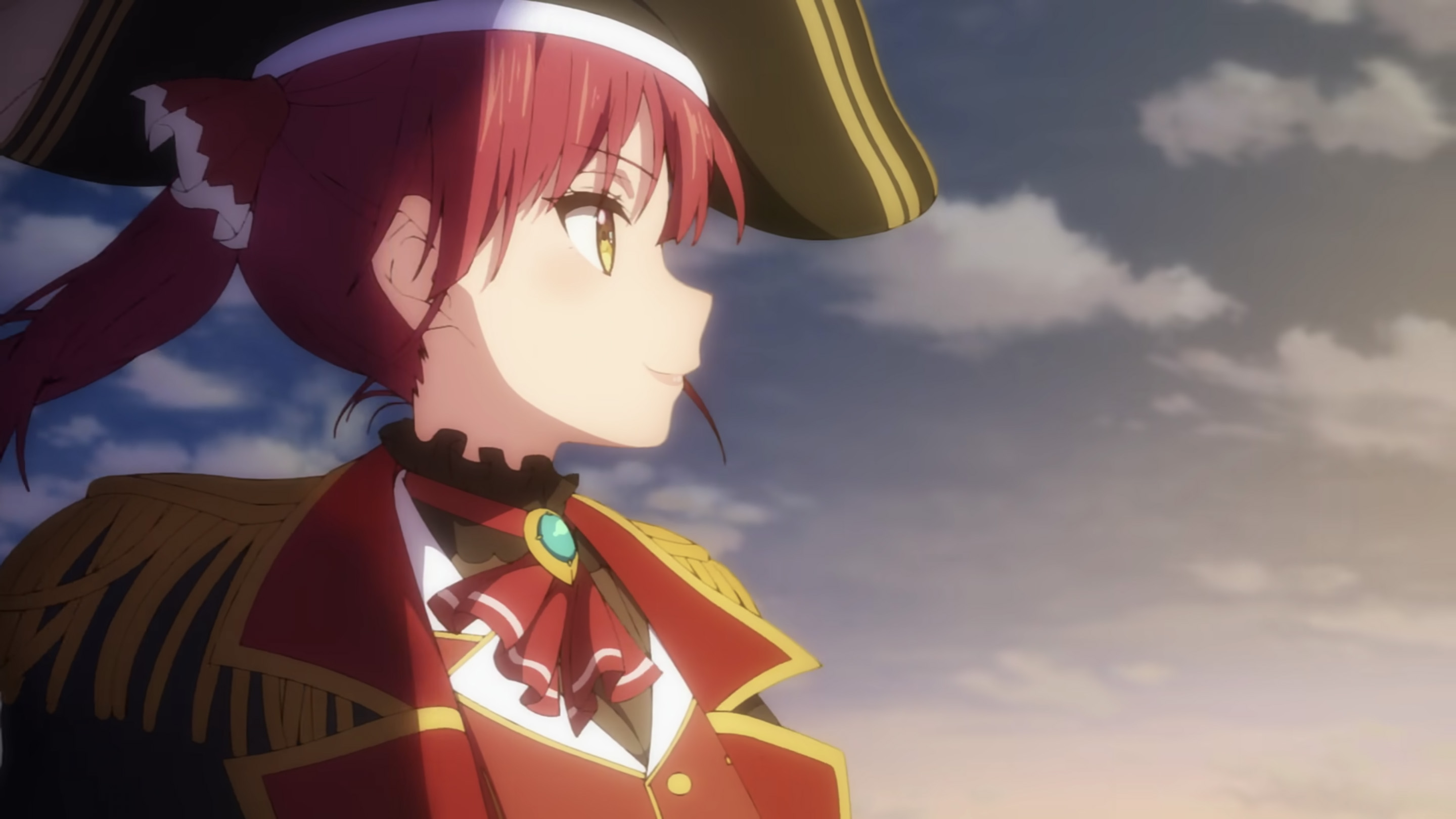 Aye, pirate cosplayers! It’s time to jump ship as hololive VTuber Houshou Marine‘s latest music video has been sent to the open seas for anyone to watch. The animated music video, set to the song “Marine Set Sail!!” by the hololive star, see’s the wannabe pirate get her own ship and sailing the high seas in adventures with her crew and fellow hololive friends, tackling the dangers that she may face with heart and beach episode-level jiggle physics.

Not only is the quaility of music high, but the level of staff for the music video is higher than the waves, with The Hidden Dungeon Only I Can Enter director Kenta Onishi both directing and storyboarding the video, Kakushigoto character designer Shuhei Yamamoto performing the same duties here, and one of the chief animation director of Iwakakeru -Sport Climbing Girls-, Yoshihiro Watanabe from Frontier One, designing the props. The animation was produced at entertainment company Frontier One, which has worked with hololive’s parent company Cover on event installations in the past.

Houshou Marine debuted with hololive as part of their third generation of Japanese VTubers under the guise of “hololive Fantasy. She’s gone on to sail to 1.89 million YouTube subscribers making her the third highest-subscribed VTuber of all time.

Daryl Harding is a Japan Correspondent for Crunchyroll News. He also runs a YouTube channel about Japan stuff called TheDoctorDazza, tweets at @DoctorDazza, and posts photos of his travels on Instagram.