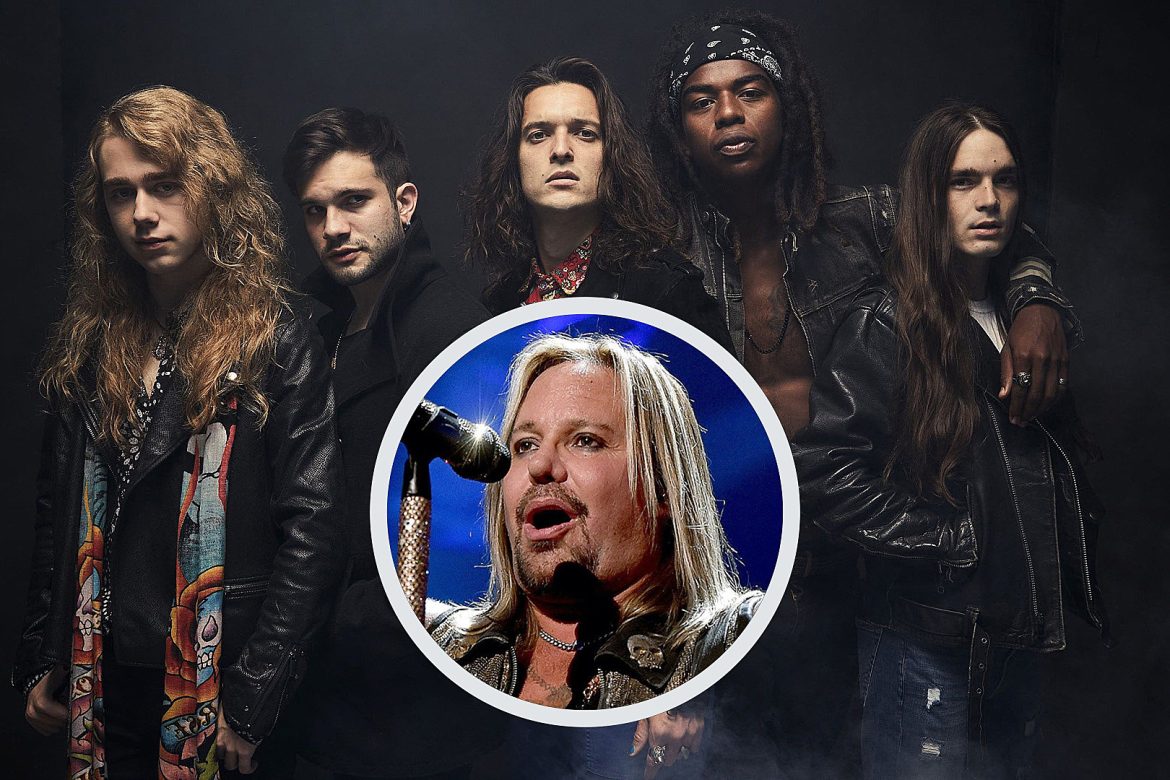 Classless Act will get a prime spotlight this summer on “The Stadium Tour” with Motley Crue, Def Leppard, Poison and Joan Jett, but today (May 20) they’re in the spotlight with an assist from Motley Crue‘s Vince Neil on the song “Classless Act.”

The song was produced and mixed by Classless Act bassist Franco Gravante, and will get an even further assist when it’s included on The Retaliators soundtrack which is expected this fall.

Frontman Derek Day says, “This song really is a musical expression of who we are. It’s a little dirty, maybe kinda sloppy and probably needs a good night’s sleep and a shower, and it absolutely kicks ass. Every night. Just like us.”

When asked what drew him to the song, Vince Neil explained, “What drew me is that these are young guys playing real rock ‘n’ roll, playing their own instruments, all that good stuff that you miss from the last 20+ years. These guys remind me of Mötley Crüe growing up and they definitely rock. Can’t wait to see what happens in the future.”

The John Orphan-directed video for the song can be seen below.

The track is the third release from the band’s forthcoming set, Welcome to the Show, which is on target for a June 24 street date. It follows the previously released “This Is for You” (featuring The Darkness’ Justin Hawkins) and “Give It To Me.” Pre-orders for the album are available here.

And be sure to catch Classless Act on tour at these dates.

Classless Act (feat. Vince Neil of Motley Crue)
This Is for You (feat. Justin Hawkins)
Time to Bleed
On My Phone
All That We Are
Made in Hell
Storm Before the Calm
Haunting Love
Walking Contradiction
Give It To Me
Circles
Thoughts From a Dying Man