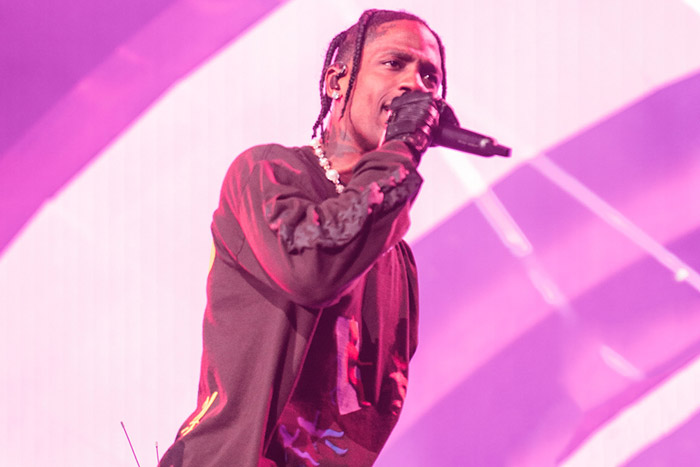 It’s about to be lit.

Travis Scott will make his return to the stage at the 2022 Billboard Music Awards, it was announced today. The Houston rapper will perform live during Sunday’s show in Las Vegas, marking his first awards show performance since the Astroworld Festival in November, which resulted in 10 deaths.

Travis and HVME’s remix of “Goosebumps” is nominated for Top Dance/Electronic Song at this year’s show. In 2019-2020, he became the first artist in the history of the Billboard Hot 100 to have three songs debut at No. 1 in less than a year–“Highest in the Room,” “The Scotts” (with Kid Cudi), and “Franchise.”

.@trvisXX the first artist to ever have three songs hit No. 1 on the Billboard Hot 100 chart in less than a year, will perform LIVE at the #BBMAs this Sunday at 8PM ET/5PM PT on NBC! pic.twitter.com/URFKXQuNUC

It’s unclear what Travis will perform or whether he will debut new music from his long-awaited album Utopia. He recently teamed up with Future on Southside’s single “Hold That Heat,” but he hasn’t released any solo music since “Mafia” and “Escape Plan” in November.

Over the weekend, he performed his first paid gig since Astroworld at Miami nightclub E11EVEN during Race Week. He is also slated to perform at the Primavera Sound festivals in South America this November.