[Update: The Final Fantasy VII Buster Sword clock is now up for pre-order in the US. It’s $199.99. The US listing also provides more info on the clock, including its USB type-C connector, an LED screen that has three brightness settings, three volume settings, a lack of snooze function, and five minute auto-stop limit.]

You can wake up with Sephiroth and friends with this Final Fantasy VII Buster Sword clock, which features music from the game. What better way to start your day than immediately remembering that [Aeris] is dead?

In addition to featuring five songs (One-Winged Angel, Fight On [the battle theme], the main theme, the Airbuster boss theme, and Aeris/Aerith’s theme), it’ll also swap colors and features dots that double as “materia” inside of the Buster Sword: like the remake.

The clock itself is cool, but pricey, and you have that Square Enix tax on top. The orientation is a bit awkward, but with the right bedside table, I can see it being readable when you’re first waking up. After that you’d probably have to shift it around! In any case people who play First Soldier and are eagerly awaiting the next FF7 Remake part could probably immerse themselves in this world even easier with a wake-up tune every morning.

With the Final Fantasy VII Remake still making waves, it seems like the perfect time to capture nostalgia and new fans with all this merch like the Final Fantasy VII Buster Sword clock. You can find the listing here on the Japanese Square Enix store. Currently it’s going for 21,780 yen with tax, which is roughly $188 USD, and will ship on September 17, 2022. The dimensions are W238mm×D100mm×H340mm.

Reviews Director, Co-EIC – Chris has been enjoying Destructoid avidly since 2008. He finally decided to take the next step, make an account, and start blogging in January of 2009. Now, he’s staff! 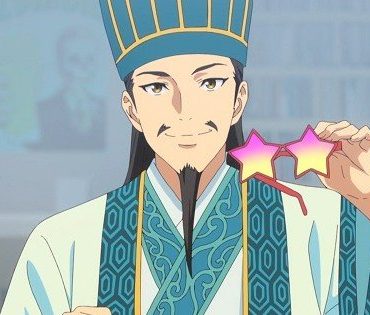 The first episode of Ya Boy Kongming! does an effective (and delightful) job of laying out its establishing premise: Three Kingdoms-era strategist Kongming finds himself reincarnated into modern-day Japan, where he winds up tending both a bar and the career of aspiring songstress Eiko. It's fun, it's funny, and perhaps surprisingly cute in its wholesome handling of the whole affair and making clear just how moe ol' Zhuge Liang can […]