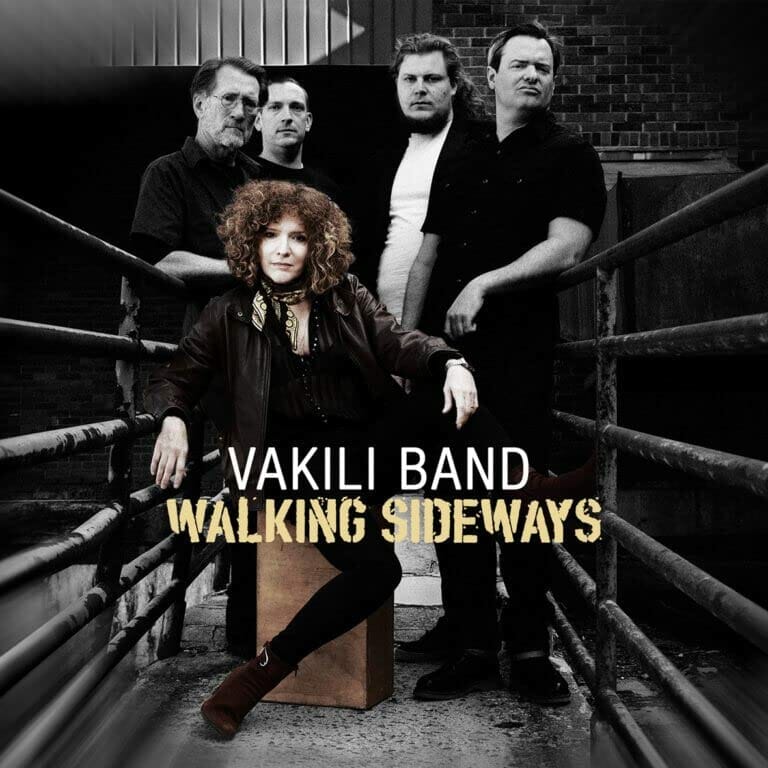 A New Jersey native, Lily Vakili works as a lawyer, fighting for the underrepresented. On weekends, she picks up her guitar and hits the stage as a singer-songwriter. She made two solo albums before starting The Vakili Band a few years ago. Her group—guitarist Ben St. Jack, drummer Gordon Kuba, bassists Matt Jovanis and Jim Tyndall and harmonica ace Joel Dorow—provides subtle backing tracks that keep the focus on Vakili’s fierce vocals. Their first outing was 2018’s Oh Alright. This time around, she ups the emotional and political ante with 10 punchy tunes, delivered from a strong female perspective. Since the dawn time, men have seemingly been asking, “What do women want?” On “She Wants What,” Vakili answers that question with a snarling blend of anger and irony. With her band laying down a bluesy groove, Vakili shouts, “She wants everything,” describing a woman who’s lifting a hammer to the glass ceiling that’s holding her down. Her vocals alternate between calm spoken-word portrayals of oppression and jubilant cries of triumph. The album’s title track is a caustic blend of rock and R&B that follows a woman trying to break away from an abusive relationship. St. Jack adds rhythmic guitar chords to accent Vakili’s vocals, building up the tension as the song explores the ambivalent emotions often experienced when struggling with the tension between desire and survival. “Facial Recognition Technology” is an explicit critique of social media’s impact on our daily lives. It starts as a talking blues nugget, listing off outrages like school shootings and climate disasters, before the band jumps into a solid punk-rock groove, as Vakili delivers the hopeful chorus: “Peace and love and justice are where it’s at.”

The JamBase Podcast: Tank And The Bangas

Hear an interview with all four band members discussing their new album, 'Red Balloon' and more. By Team JamBase May 12, 2022 • 10:00 am PDT Episode 125 of The JamBase Podcast, a partner of the Osiris Media Network, features an interview with Tank and the Bangas. JamBase’s Scott Bernstein interviewed the band about their new album, Red Balloon, that arrives tomorrow via Verve Forecast, and much more. Bernstein recently caught up with frontwoman Tarriona “Tank” Ball, multi-instrumentalists Norman Spence […]