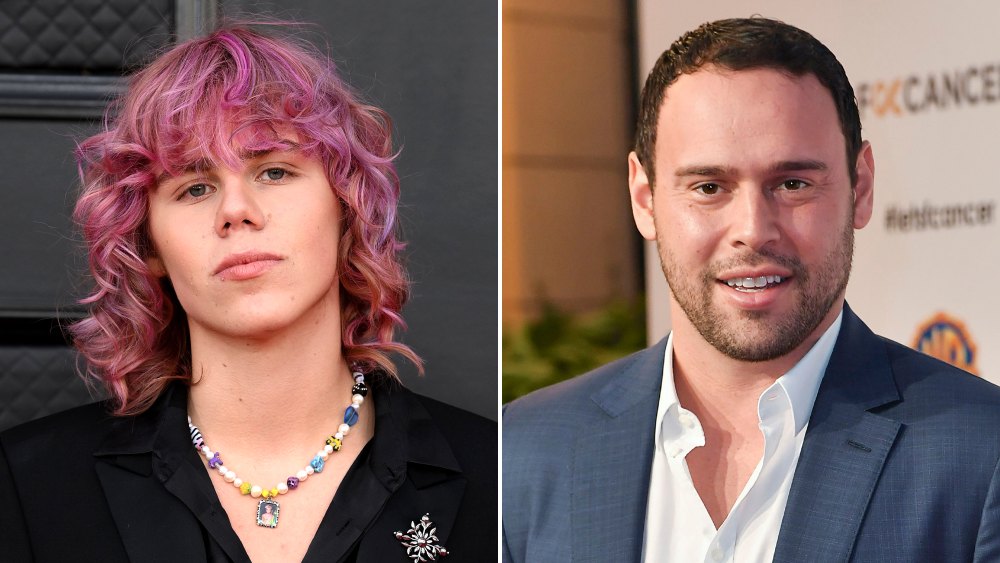 Not mincing his words. The Kid Laroi has something to say about his former manager, Scooter Braun, and he isn’t holding back.

The “Stay” singer, 18, blatantly called his prior deal with the music exec, 40, a “mistake” via TikTok on Wednesday, April 13.

The “Without You” singer originally signed with Braun’s SB Projects in June 2021, but left the management team just four months later. While Laroi — who has since signed with Lil Nas X’s manager, Adam Leber — hasn’t spoken publicly about the reason why he left SB Projects, Billboard reported that the artist allegedly thought Braun would be more “directly involved” in his career. (The outlet also claimed that Laroi was having issues with Allison Kaye, the president of SB Projects.)

For his part, the Schoolboy Records founder — who has managed Justin Bieber for over a decade — told Billboard: “Laroi is a brilliant artist, and I wish him and his family nothing but the best. I’m proud of the historic success we had together in our short time — I am rooting for him always, and he knows that.” (The Kid Laroi was nominated for two Grammys this year: Best New Artist and Album of the Year for Bieber’s Justice, on which he was featured on “Stay”.)

This is not the first time Braun — who also manages artists like Ariana Grande, Demi Lovato and more — has been called out by artists in the industry.

Taylor Swift first slammed the New York native in June 2019 when she learned he bought out her former record label, Big Machine Records, and purchased the rights to her entire catalog of masters from the label’s CEO, Scott Borchetta (who the “This Is Why We Can’t Have Nice Things” singer, 32, used to be close with). At the time, Swift not only called out both music executives, but targeted Braun’s alleged “incessant manipulative bullying,” which she claimed went on for years.

Five months later, the “Happiness” artist took them to task when she found out she allegedly wasn’t allowed to play her old music — everything from 2005 to 2018 — on TV.

Selena Gomez weighed in on the feud at the time as well, telling her ex-boyfriend’s manager and Borchetta that they “robbed and crushed one of our best song writers of our time an opportunity to celebrate all of her music with her fans and the world.”

The following year, in November 2020, Swift further alleged that she tried to buy back her masters from Braun — but he had sold them.

“I regret and it makes me sad that Taylor had that reaction to the deal,” Braun himself told Variety in June 2021.“All of what happened has been very confusing and not based on anything factual. I don’t know what story she was told.” (He also refuted the bullying claims.)