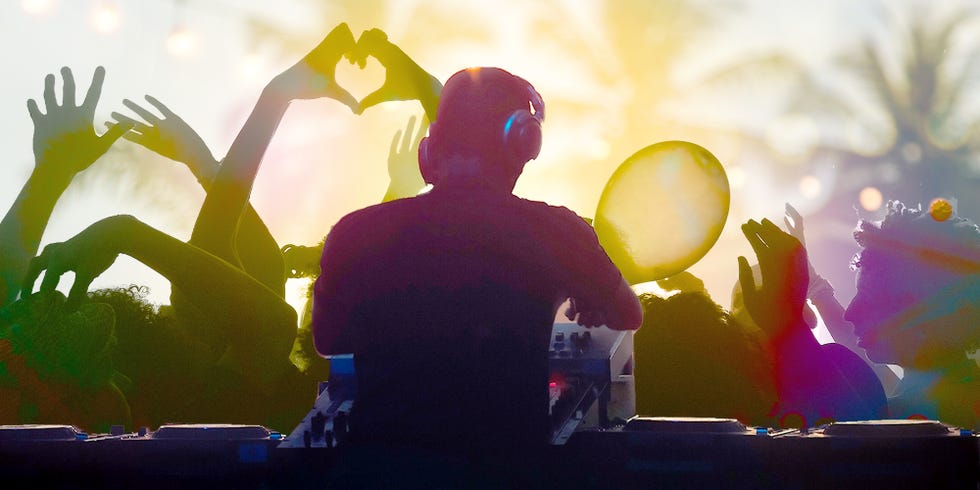 Back in 2020, many didn’t believe that we’d be rubbing shoulders with fellow-music lovers and screaming lyrics to our favorite songs at music venues together. With Coachella back this year, one thing is clear for 2022: music festivals have been normalized again. Maybe you went and are desperate for more, wondering what to do with that leftover festival fever. Maybe you didn’t and the jealousy is too much to bear. Either way, don’t fret, Esquire complied a list of music festivals taking place the rest of the year.

Afropunk is back again this year and is bringing with it the usual: groundbreaking arts, fashion and music from the Black community. Ari Lennox, Noname and Mereba are all set to perform at the festival, which will take place in Miami in May, and in Minneapolis over Juneteenth weekend, marking the first ever Afropunk event in the Midwest.

Boston Calling Music Festival is looking to make Memorial Day weekend one to remember. Nine Inch Nails, The Strokes and Metallica are all set to headline the three-day festival. The former are joined by impressive acts such as Haim, Weezer, Avril Lavigne, Black Pumas and more.

Governors Ball, as always, will deliver another incredible music, and a lots of mud. This year festival-goers will be heading to Randall’s Island to see the likes of Kid Cudi, Halsey and J-Cole, Roddy Ricch, Glass Animals, among others. Maybe all the mud will be worth it after all.

Described as “the most positive place on this planet,” Bonnaroo is the place to be this summer. This year’s acts include Ludacris, 100 Gecs, and Marc Rebillet. There’s also a ton of electronic and pop punk acts set to perform at Bonnaroo. If you’ve never experienced Bonnaroo, it may be time for you to put on your camping shoes and head to Tennessee.

If you’re wondering where all of the cool alternative artists will be this summer, you can find them at Pitchfork. For years, Pitchfork has been tagging themselves as “the most trusted voice in music.” Based on this year’s line-up, Pitchfork will definitely has a taste for great music. Artists such as The National, Mitski and The Roots will be headlining the three-day weekend, where they’ll be followed by a slew of talented acts like Japanese Breakfast, Earl Sweatshirt, Tierra Whack, Amber Mark and more.

Being one of the first modern music festivals in the US with a 60-year-run, you can expect Newport Festival to be nothing short of extraordinary. For decades the festival has boasted renowned performances and an astounding cultural atmosphere. This year is no different, with artists all the way from Clairo to Beebadoobee, Buffalo Nichols, Maren Morris and more set to take the stage in Rhode Island.

Tickets are currently sold out, but there is an option to join the waitlist.

LollaPalooza, the Chicago-based festival, is back this year with Dua Lipa, Doja Cat, Green Day, Lil Baby, Kygo and many others. Alongside a myriad of colorful outfits, you can expect to find incredible restaurants in the Windy City.

Life is Beautiful festival coming to the Las Vegas area this September. Alongside music, the festival also offers culinary, art, and learning experiences in Downtown Vegas. This seems like a wonderful bonus to an incredible lineup. Artists like Lorde, Arctic Monkeys, Gorillaz, Jack Harlow and more are set to perform.

After being canceled for the past two years, due to COVID-19, Primavera Sound is ready to shake American audiences. Artists such as James Blake, Nine Inch Nails, Cigarettes After Sex, Lorde, King Krule and many others are booked for the festival’s 2022 debut.

The multi-genre weekend festival is set to make its eight year return this September. Chris Stapleton and Brandi Carlisle, who both received Grammy nominations this year, are set to headline the festival. Another Grammy winner on the bill is Jon Batiste, who actually earned the highest number of nominations by the Recording Academy this year. The complete line-up also features a number of other impressive musicians like The Avett Brothers, Elle King, Lennon Stella, Lake Street Drive and more.

When We Were Young

Emo and Pop-Punk fans can rejoice because all of your favorite artists are set to take the stage in Las Vegas this Fall with the When We Were Young Festival. The new festival boast an impeccable set list, which is already sold out. Artists such as Bring Me To the Horizon, Pierce the Veil, Avril Lavigne, Sleeping With Sirens are set to perform. Paramore and My Chemical Romance will be the festival’s headliners.