In a week where Bad Bunny’s Un Verano Sin Ti dominated the charts, the new album accounted for 18% of all U.S. Latin on-demand streams and pushed the genre’s streaming market share past country for the first time ever.

According to Luminate, formerly MRC Data, last week (ending May 12) was the Latin genre’s highest streaming week to date with over 1.8 billion weekly ODA streams, largely driven by Bunny’s new set. It’s also greater than any weekly total for the country genre to date, according to the data company, making Latin the fourth most on-demand streamed genre, currently, in the U.S. (after hip-hop, rock and pop). Additionally, of the top 50 streaming markets, cities such as Orlando, Milwaukee and San Diego experienced significant Latin streaming increases.

On the Billboard charts, the Puerto Rican hitmaker’s 23-track set debuts at No. 1 on the Billboard 200, Top Latin Albums and Latin Rhythm Albums charts. Furthermore, every song from the album lands on the Hot Latin Songs chart, and 22 of those songs also debut on the all-genre Billboard Hot 100. With Un Verano Sin Ti released May 6, Bunny breaks a record with 274,000 equivalent album units earned in the U.S., marking the biggest week for any Latin music album by equivalent album units earned.

Un Verano Sin Ti becomes the second all-Spanish album to rule the Billboard 200 — the first one to sit atop the chart was Bunny’s El Último Tour del Mundo in 2020. Moreover, Bunny’s new album isn’t the only Spanish set to enter the Billboard 200 this week. For the first time ever, two all-Spanish-language albums have placed in the top 10 simultaneously as Eslabon Armado‘s Nostalgia debuts at No. 9 on the tally. The teenage group’s 14-track album makes history as the first top 10-charting regional Mexican album ever on the Billboard 200.

Bunny and Eslabon’s notable achievements reflect an enduring genre growth trend. According to Luminate, Latin gained more than any other genre last year, growing its market share to 5.39% — up 9% from 4.95% of the market in 2019. Meanwhile, Country had a minor bump in the market share from 7.91% in 2019 to 8.09% in 2021. It’s worth noting that Latin’s growth is driven by streaming, which accounts for 97.2% of Latin music’s consumption activity, whereas Country’s streaming growth has been slower. 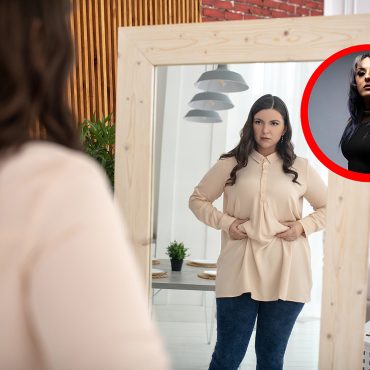 Eva Under Fire’s Eva Marie – The Truth About Body Image

What do you see when you look in the mirror? Body image is an issue that many struggle to come to terms with, impacting how we feel about ourselves and the choices we make concerning our bodies. Having a healthy body image is an important part of mental wellbeing and eating disorders prevention.May is Mental Health Awareness Month and a great time to take stock of how your dealing with your […]