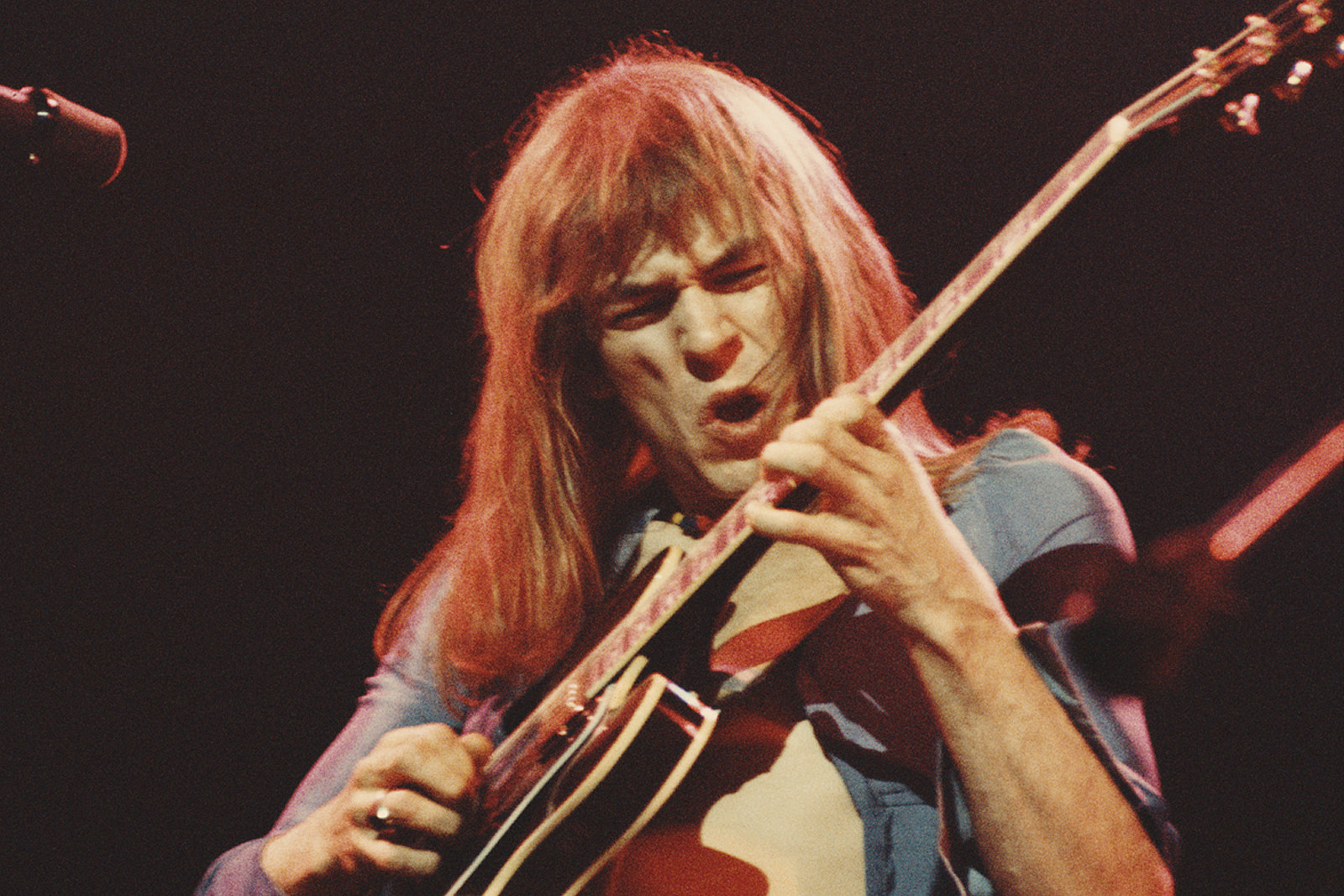 Is “Owner of a Lonely Heart” heavy? Depends on how liberal you are with that term. Yes’ lone No. 1 hit, which introduced the revamped band to a decidedly non-prog audience back in 1983, is pure hard rock in its power chord riff: distorted and direct. But what about the gently cascading chorus and jolting drum samples?

Yes don’t have that many obvious heavy songs — that comes with the territory when you write so many epics with dense counterpoint and classical-styled motifs. But you’ll find sustained blasts of heaviness throughout their catalog, from Trevor Rabin’s arena-friendly ’80s guitars to Chris Squire’s skull-rattling ’70s bass lines. Hopefully, though, you’re willing to tolerate some non-heavy bits along the way.

Below, we round up 10 of the band’s hardest-hitting tracks, navigating through bits of heavy psych, jazz-fusion and even orchestral rock.

It’s an unusual recipe: Jon Anderson’s uncharacteristically bleak visions (“In this world, the gods have lost their way”), a driving Chris Squire bass line fit for a ’70s spy flick, slashing and swelling accompaniment from the San Diego Symphony Orchestra. But it adds up to one of the band’s most forceful late-career tunes — in this case, adding strings only toughened up the Yes attack.

What an entrance! Most Yes fans first encountered Howe’s malleable guitar playing on “Yours Is No Disgrace,” a masterwork of staccato crunch, frenetic lead twang and jazz-rock sizzle. His extended mid-song solo, starting around the 4:50 mark with a torrent of jagged chords, instantly elevated Yes to a new plane of musicianship — and intensity.

Howe opens this piece with a riff hostile enough to pierce through your speakers and slash your eardrums — it’s one of the most visceral moments in the Yes catalog, and “Siberian Khatru” mostly maintains that momentum. There are so many noteworthy flourishes: vocal harmonies that reach choral complexity, Rick Wakeman’s left-field harpsichord, Howe’s electric sitar cameo. Anchoring all those surprises is Squire, laying down bass grooves somewhere between funk and metal.

Huge chunks of this Fragile classic aren’t heavy at all — particularly the middle third, dominated by three-part vocal harmony, Wakeman’s classical piano and Bill Bruford’s tumbling jazz drums. But the rest? Howe goes wild with some of his most ferocious guitar tones (check that ascending run at 1:32 and descending chromatic flourish at 6:30), and engineer Eddie Offord sharpens every angular riff into a dagger.

Anderson’s vocals swim in a sea of psychedelic phasers as his bandmates stir up an almighty storm: Bruford’s jazzy rolls, Peter Banks’ electric guitar stabs, Tony Kaye’s whirring Hammond organ and Squire’s biting bass guitar. It’s easily the heaviest arrangement from the pre-Howe Time and a Word — a time when their tunes had a bit more open space.

In an interview with writer Jon Kirkman, Howe described this chaotic fusion epic as “a real minefield” that introduced a new flavor of Yes. The corresponding album, 1974’s Relayer, was already a one-off of sorts, their only collaboration with briefly tenured keyboardist Patrick Moraz. And his jazz chops propel the band toward the wavelength of Mahavishnu Orchestra, with Howe, Squire and drummer Alan White utilizing white-hot speed and force. “It goes kind of pretty bananas out there,” Howe said. Indeed it does.

“The band hit its real template, really, with ‘Heart of the Sunrise,'” Bruford told Rolling Stone, reflecting on the Fragile closer’s “drama” and “poise.” It’s hard to argue: In many ways, it’s a baby step toward the even more dynamic “Close to the Edge” suite, but this track wins out in the heaviness department, utilizing a chromatic, King Crimson-inspired bass riff and gothic blasts of mellotron. There’s light here, too, but the dark is midnight-black.

“It’s about the tribalism between warring factions, and who is the dominant country, the dominant energy at that time,” Anderson told Songfacts of Relayer‘s wild, 22-minute centerpiece. “It was at the end of the Vietnam War. We were learning about the unbelievable destruction that was done to the Vietnamese, and for what?” The music, unruly but often majestic, matches those themes of destruction — various moments, including the prog-funk clatter that erupts around the 10:20 mark, feel militant in their aggression.

The heaviest sound in Yes history could be the doomy hammer-on riff that fades in to kick off “Machine Messiah” — and that vibe lingers for the song’s first minute and a half, Howe and Squire summoning evil spirits with their fretboards. Even the brighter moments that emerge later on — Downes’ flashy synthesizer solo, the yelped vocal harmonies of Horn and Squire — flow to and from that metallic mood.

Radiohead Mix Louis Armstrong and Beach Boys on ‘No Surprises’

“No Surprises” was the first song Radiohead wrote for OK Computer. Back in 1995, when Radiohead were promoting The Bends by opening a slew of dates for R.E.M.’s Monster tour, Thom Yorke debuted a new tune for his bandmates, as well as the members of R.E.M. Although the song had some different lyrics and was titled “No Surprises Please” (after its final line), the basic ideas were there.The Radiohead singer set […]