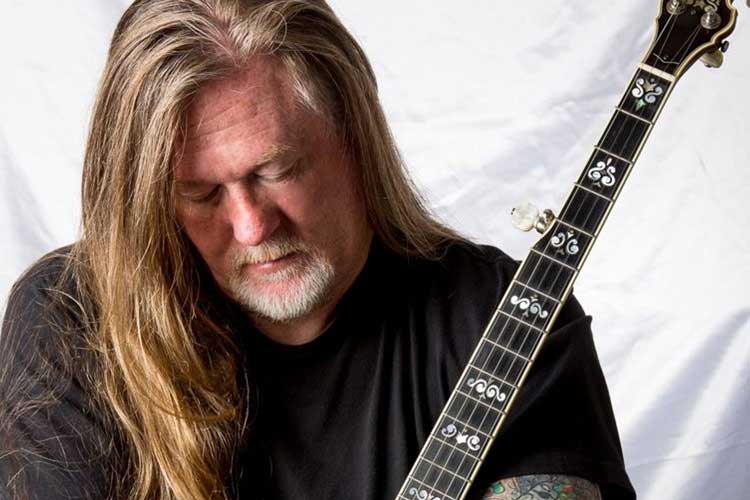 Hey, fellow guitarist! AcousticGuitar.com is here to support you with fantastic articles (like this one.) If you like what we do, please give $1 (or whatever you can afford) in support of our work.

From the March/April 2022 issue of Acoustic Guitar | David McCarty

Like fellow acoustic guitar groundbreakers Andrés Segovia, Django Reinhardt, Michael Hedges, and others, flatpicking legend Tony Rice’s impact ranged far from his native bluegrass bars and festivals to influence musicians well beyond his acoustic bluegrass roots. Taking chances with alternative instruments like alto sax on the Dylan song “Sweetheart Like You,” employing the tasteful percussion of Larry Atamanuik, piano, and other atypical instrumentation for bluegrass on many cuts, and recording “Pony” by alt-rock legend Tom Waits, Rice was an innovator and visionary whose influence has only grown since his untimely and sudden death on Christmas Day 2020.

Barry Waldrep & Friends Celebrate Tony Rice brings together a pantheon of country music and Americana stars including Vince Gill, Darrell Scott, Emmylou Harris, Larry Campbell and Teresa Williams, and Rodney Crowell to create a personal remembrance of Rice and his music from a modern country music perspective. Although inspired by his musical technique and vision, the artists here avoid producing note-perfect renditions of Rice’s songs (which he would have hated) to interpret his music through a multifaceted musical prism that steers clear of straight-from-the-still bluegrass.

Crowell’s languid, East Houston drawl adds a perfect touch of melancholy to “Song for Life.” For those who do prefer a more traditional bluegrass sound, look no further than Mike Farris’ “Walk on Boy,” where the spirit of Rice’s effervescent, melodic flatpicking lives on. Same with Norman Blake’s eternal “Church Street Blues,” rendered here by Nashville Americana legend Jim Lauderdale in an unadorned twin flatpicking guitar format mirroring Rice’s revered duet recordings with Blake. The David Grisman Quintet’s “EMD” gets a more modern update, with John Cowan on electric bass and John Jorgenson on acoustic guitar and mandolin backed by rock-inspired drums. “Four Strong Winds” gets all dressed up for a night out on Lower Broadway by John Paul White, decorated with more Rice-inspired flatpicking backed with some tasteful percussion.

Not everything here will draw approval from Tony Rice diehards. It’s puzzling that none of the songs here are Rice originals. Rice’s version of the bluegrass standard “Wayfaring Stranger” is performed by blues-rock guitar legend Warren Haynes, whose vocal delivery draws more inspiration from the Allman Brothers than the Stanley Brothers. John Cowan’s CD-closing number, “Me and My Guitar,” is buried under florid singing, bar band drumming, and electric slide guitar, because nothing spells classic Tony Rice more than screaming humbuckers?

But that’s the unique selling point for Waldrep & Friends here—taking 21 songs from Rice’s timeless catalog and opening the material up for listeners who may have only heard a smidgen of his work. As producer Waldrep intended, this is a true celebration of Rice’s art and impact, not a reinterpretation like the Punch Brothers’ stellar new Hell on Church Street project. It would’ve been nice if Waldrep had broadened the project’s musical range to include artists outside bluegrass and country, but for the most part this CD delivers a listenable, engaging portal into the bluegrass heart and soul of one of the acoustic guitar’s greatest players.

This article originally appeared in the March/April 2022 issue of Acoustic Guitar magazine.