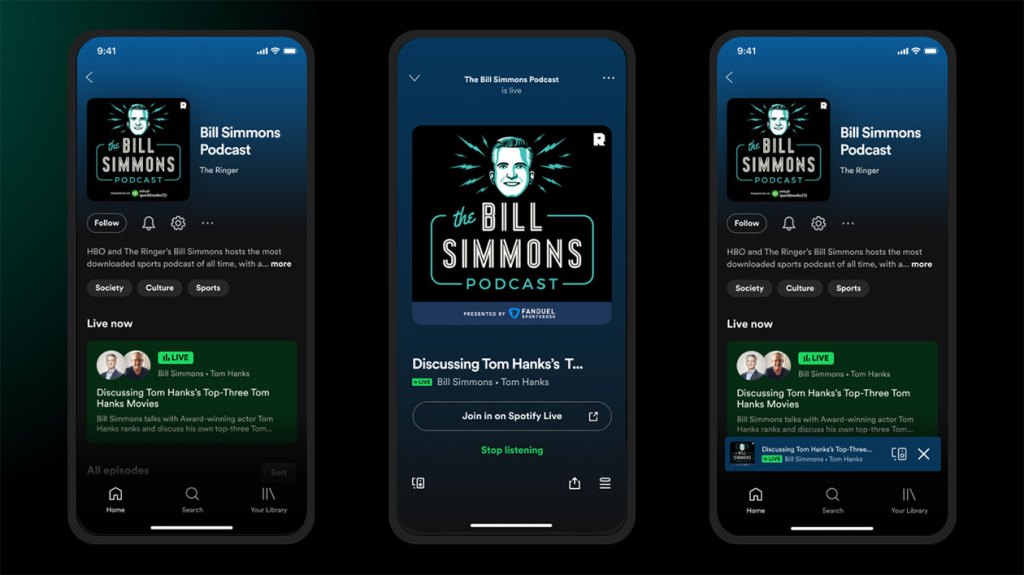 Spotify Greenroom is getting a new name with a new push behind it.

The live audio app formerly known as Locker Room – which Spotify acquired in March 2021 via the purchase of Betty Labs, before relaunching it as Spotify Greenroom that June – has been renamed Spotify Live and will now also live in the main Spotify app, the company announced Tuesday (April 12).

Users can now tune into Spotify Live via the standalone app, or as a livestream function in the main Spotify app. On Spotify, live programming for a specific artist or podcast creator can be accessed through their official artist or podcast page. To participate in the chat or join the host “onstage,” however, listeners must tune in via the standalone Spotify Live app.

For now, live audio will only be available for select original programming inside the Spotify app, which will highlight the platform’s top audio creators through “exclusive, first-of-its-kind programming.” Independent creators can still go live in the standalone Spotify Live app.

Live audio’s integration into the main Spotify app kicked off Tuesday with a live edition of Spotify’s Off the Record with DJ Akademiks podcast featuring special guest Waka Flocka Flame. Additional live programming in April and May will include After Hours With Alex Cooper (from the host of Spotify’s Call Her Daddy podcast), starting on Wednesday at 10 p.m. ET; advice podcast Tana’s Toxic Tips With Tana Mongeau, premiering Wednesday at 9 p.m. ET; and King of the Court With Hasan Minhaj, which will see Minhaj break down all the action at the NBA conference finals, starting in May.

In the music space, Spotify Live will also stream Swedish House Mafia’s Paradise Again album release party on Friday “live from the desert” as the group prepares to headline Coachella. The broadcast will be available in select markets and feature a live DJ set via SHM’s official Spotify artist page.

Additional content that will be made available in Spotify Live includes:

Spotify users can keep abreast of forthcoming live programming and news by following @SpotifyLive on Twitter and Instagram.