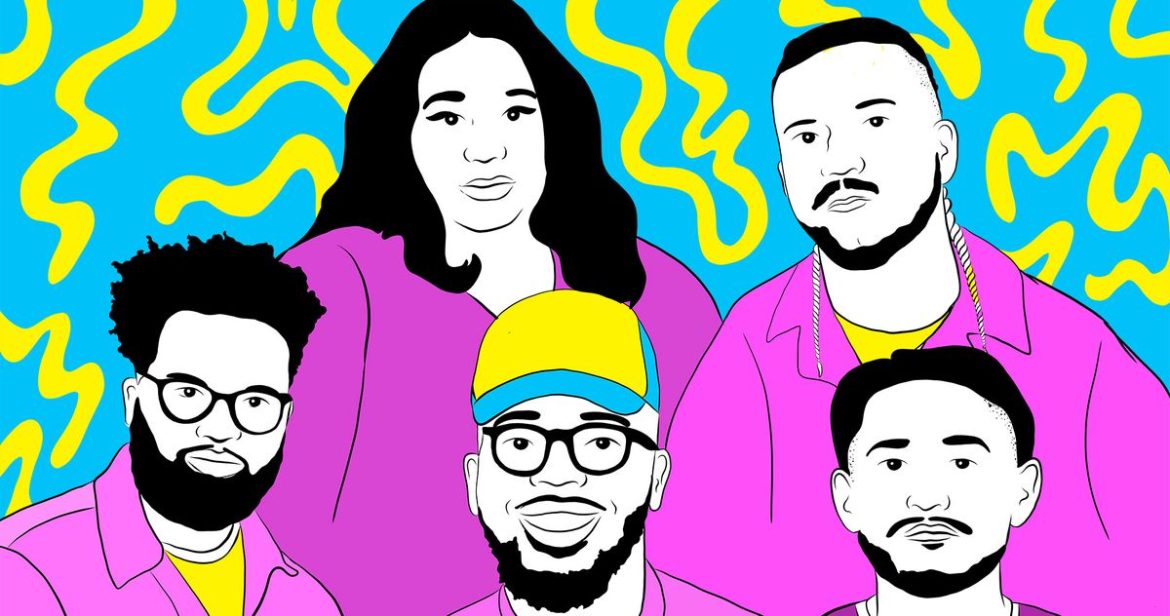 The recorded version of Justin Bieber’s “Peaches” opens with a full-blast chorus alongside driving percussion and ringing guitars. But when he performed the song at this year’s Grammys, the song’s instrumentation was stripped down, with Bieber alone at a grand piano, crooning into the mic. Slowly, a band built up, and in came guest verses from Daniel Caesar and Giveon between seven repetitions of the chorus. Each time the chorus returned, the band got louder, the music pointing upward until a high-flying synth solo closed the song. It may have been a surprisingly churchy arrangement of Bieber’s hit, but it was the same sort of slow climb heard earlier in the night when Maverick City Music, the first Christian group to perform at the Grammys in 20 years, gave an uplifting performance of their song “Jireh,” off their award winning album Old Church Basement.

In the church tradition, the slow build is a common feature, beginning as a quiet prayer that expands outward as more voices join in. Naomi Raine, one of Maverick City Music’s members, describes this kind of slow build as a “common and underlying structure” that feels “supernatural and spiritual.” But it’s clearly not restricted to the church. “We are called to blur the lines as far as what is Christian and what is gospel — those two have been segregated for too long,” says the group’s leader, Chandler Moore. The expansiveness of the music is represented in Maverick City Music’s diverse makeup. The seven core members invite dozens of songwriters from countless backgrounds to songwriting camps to explore the traditions constraining boundaries. Having only started putting out music in 2019, Maverick City Music has since released more than 17 combined LPs and EPs in multiple genres, including worship, gospel, R&B, and Latin pop. Consistent across all those records is the transcendent slow build.

After exploring the discography of Maverick City Music, one starts to hear the slow build all over pop music. In the case of Bieber, who is both friends with the group and has a religious background, previous hit songs like “Holy” and “Anyone” also use the technique. Even the reworked “Peaches” Bieber performed at the Grammys makes sense, given the chorus’s final line: “I get my life right from the source.” There has been a long history of stylistic exchange between the religious and secular world. There would be no rock and roll without gospel, and Christian Contemporary draws its sounds from the ’60s folk movement. Today, songs made for worship share qualities with power ballads, the former elevating the spirit, the latter coaxing out emotions. On the latest episode of Switched on Pop, hosts Charlie Harding and Nate Sloan speak with Maverick City Music and listen to songs both religious and secular that lift us up.