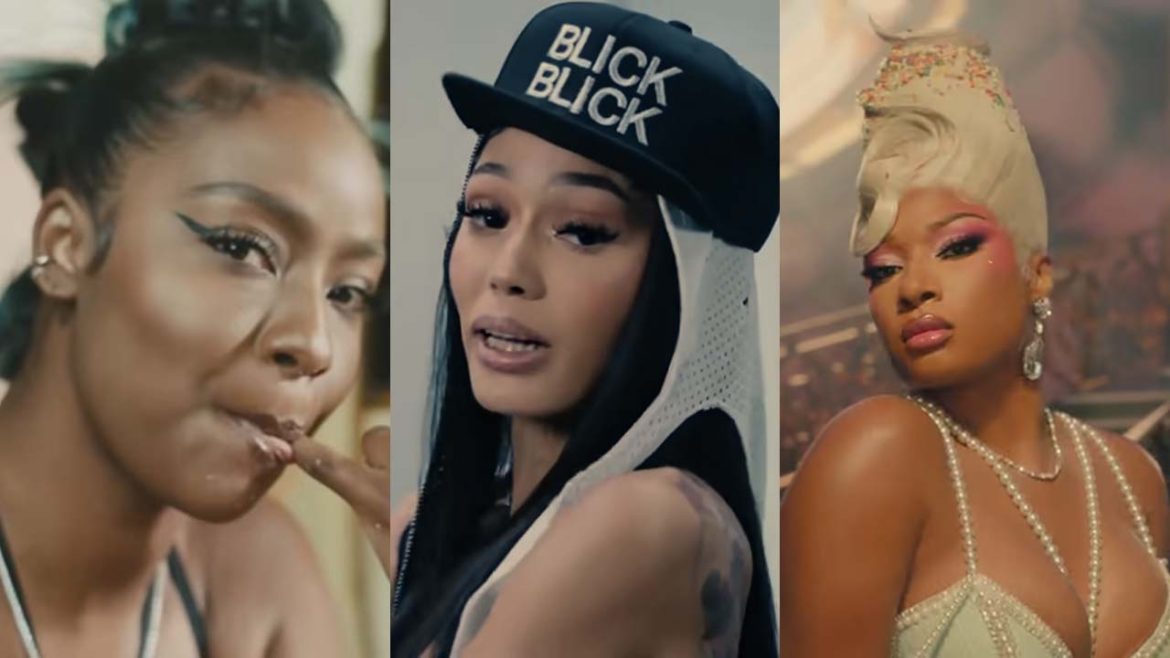 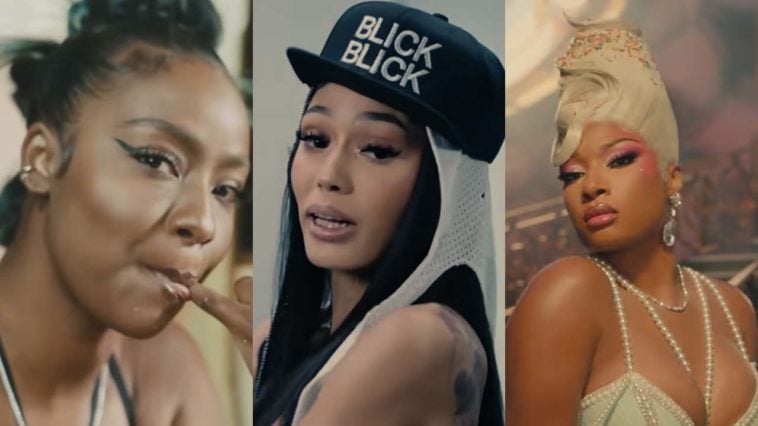 Megan Thee Stallion channeled her inner Lil Kim earlier this week with an unexpected snippet of her new song “Plan B”. Today she decided to grace fans with a new single. With the flawless beat and Megan’s southern flow, the hotties are already hooked to the new track!

Coi Leray has proven she is the trendsetter of the year after the release of her debut album Trendsetter. Coi continues to get fans hyped, this time with visuals to her recent single “Thief In The Night,” featuring G Herbo. The two are seen turning up to the song in Miami, blazing the streets with their sports cars.

R&B singer Justine Skye makes a comeback with a new single, and let’s just say she did what needed to be done. “What A Lie” is the perfect breakup song many of us can relate to, after throwing jabs at ex-boyfriend and R&B singer Giveon’s upcoming single. We know the album will be fire!

Rapper FloMilli drops a new video to “PBC” and she’s definitely giving Lil Kim vibes in the visuals to the video with her colorful looks.-

Flo went full cosplay this week with Houston Rapper Monaleo on their collaboration track “We Not Humpin Remix.”

Atlanta rapper Akbar V took to Instagram to show off her skills to Nicki Minaj’s latest track “We Go Up.” Sending fans into a frenzy with her fire bars, Akbar got the attention of Nicki herself, who showed her love for her flow! Could a collab be in the works after this?!

Let’s shine a light on the deaf interpreter, Raven, also known as “Deaf Hottie” who recently went viral for interpreting at Latto’s concert. Deaf Hottie put on a show as if she was the artist, and social media is here for it! Raven proves why more venues need to hire black deaf interpreters for hip-hop events.