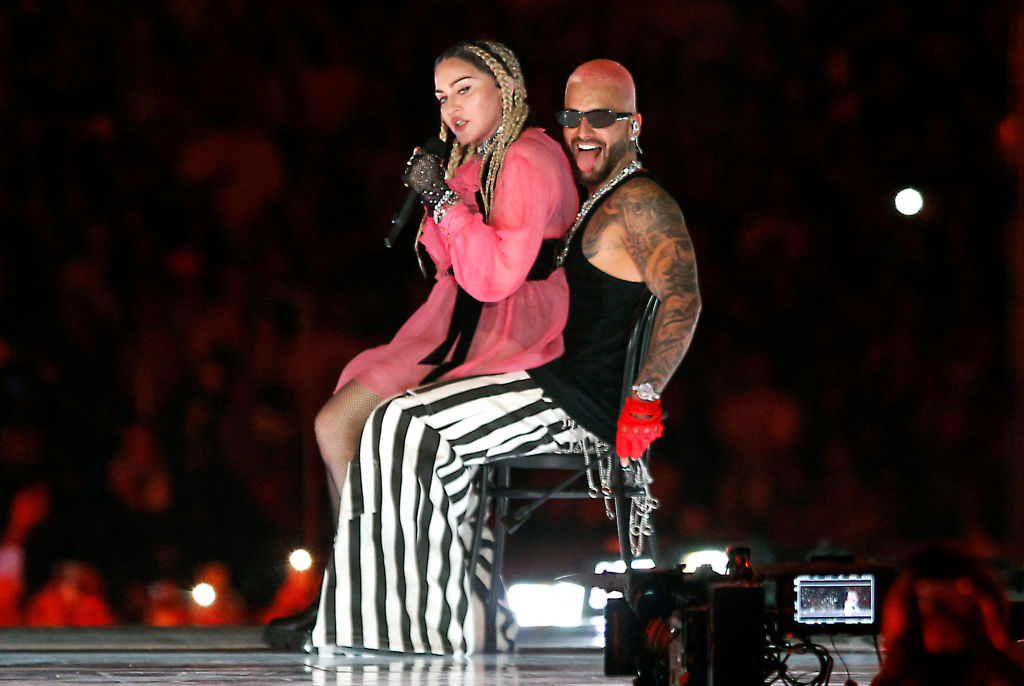 In the encore portion of the concert — which streamed live on Prime Video and already featured guests like Feid, Blessd and Grupo Firme — Madonna stormed the Estadio Atanasio Girardot stage to sing, naturally, “Medellín,” their collaboration from Madonna’s 2019 LP Madame X, as well as her 2000 hit “Music.”

The pair previously sang together at the 2019 Billboard Music Awards. The Medellín performance was also a reunion of sorts for the two singers who previously interviewed each other as part of Rolling Stone’s Musicians on Musicians issue in 2021.

During that pandemic-era chat in Brooklyn, Madonna promised she would eventually make it out to a Maluma concert. “I would like to do it the same way as you do,” Maluma told Madonna of how she inspired her career.

“Watch out, I’m going to come see your show! It better be good,” Madonna said.

Maluma then said to the RS camera crew on-site, “Yo, guys, she said that, right? She said she’s coming to my shows!”

Not only did Madonna keep her word, she even showed up onstage.