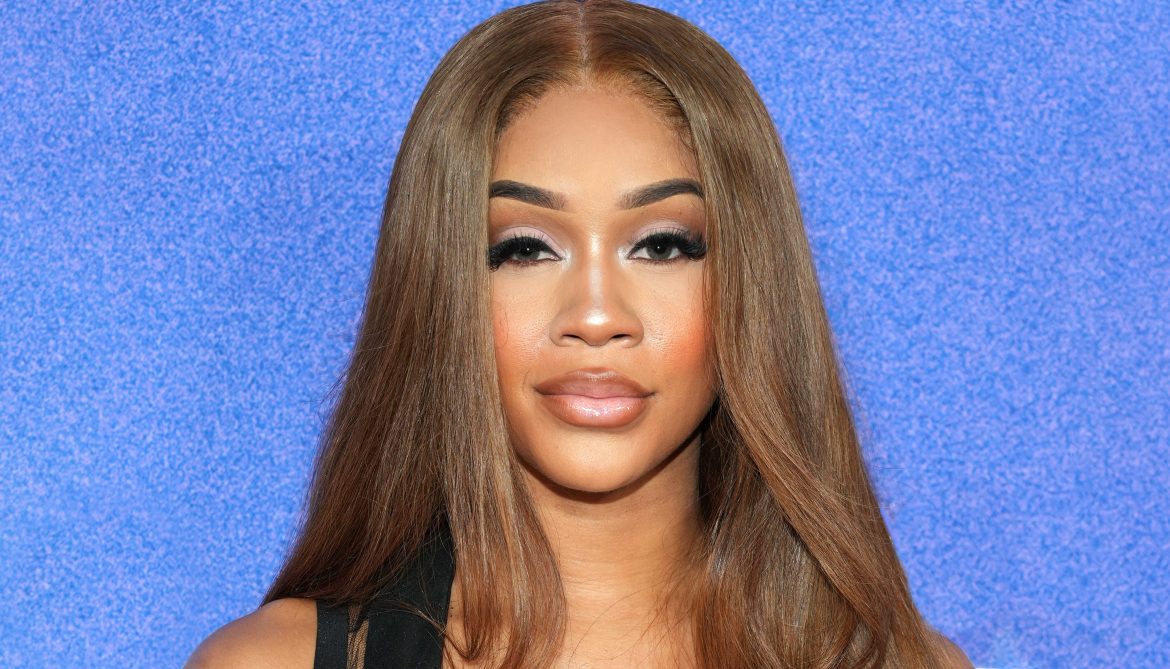 If you weren’t physically at Coachella over the weekend of April 15, 2022, I’m sure you at least ended up on Coachella TikTok, which has been showcasing all the celebrity fashion and performances going down at the music festival. Saweetie was among the list of celebrity attendees, and she showed up in a waist-length, multicolored mermaid wig that matched her floral tube top and pastel ombré flared pants.

During weekend one of the two-weekend music festival, Saweetie attended the Liquid I.V. House of Hydration event in Indio, California, where she was photographed with none other than rapper Jack Harlow. With his name buzzing in the media for the release of his song “First Class,” all eyes were on these two. Harlow played it down when it came to his Coachella outfit with some black sunglasses and a polo shirt, while Saweetie captured my attention with her colorful hair and stiletto nails decked out in charms and intricate designs.

Thankfully, Coachella outfits and beauty looks are nowhere near over, as there is still the second weekend for us to watch celebrities upload a plethora of behind-the-scenes snapshots, outfit photo carousels, and a ton of makeup inspiration—most likely consisting of gems, glitter, and glitz.

Though I might not be attending the festival this year in person (sigh), you can bet I’ll continue to be glued to my phone come Coachella weekend two and bookmark all the beauty looks I’ll be attempting in my NYC apartment—including Saweetie’s.

This story originally appeared on Allure.