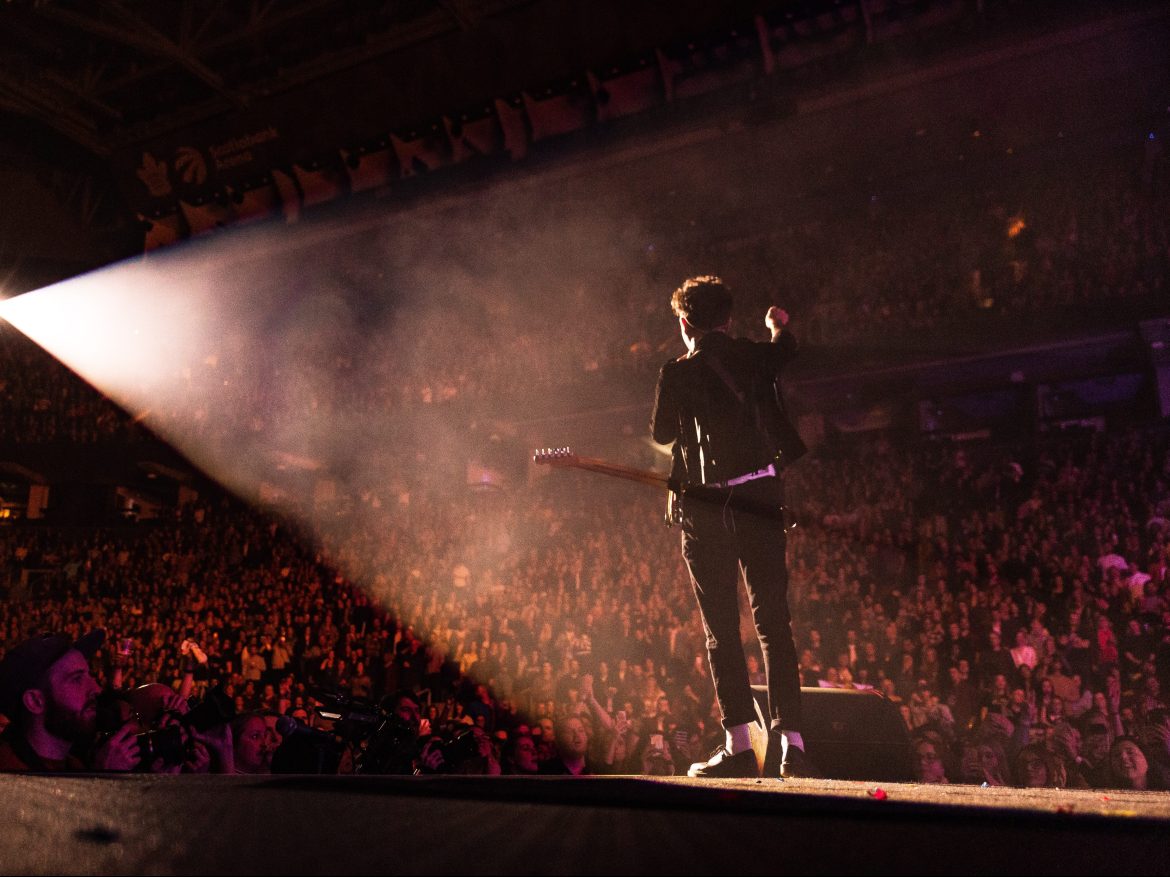 If you purchase an independently reviewed product or service through a link on our website, Rolling Stone may receive an affiliate commission.

We didn’t realize just how much we need live music until the pandemic put it on hold. But we also realized that live music can be enjoyed virtually — if it’s done right. One platform doing it right? nugs.net.

Created almost 30 years ago, nugs.net has been quietly streaming some of the best online live music for decades. With regular concert live streams, thousands of hours of on-demand, high-fidelity live music, and a deep respect for artist support (something we’re very keen on these days), a subscription to nugs.net is a boon for music geeks and audiophiles alike.

But, with so many music streaming options out there, it can be hard to know if nugs.net is worth the price of membership. To find out, we spent some time digging through the streaming service’s library and tuning into live streams. Read on for our in-depth review.

One of the most attractive features of nugs.net is its high-quality live streams of concerts from around the world.

nugs.net has been providing concert live streams for decades now (they’re the site’s bread-and-butter), and the platform’s longstanding expertise shows: the concerts are shown in crisp HD video with high-fidelity audio, ensuring one of the best remote concert-viewing experiences available.

We tuned in to a few live concerts, and the process was very smooth. There are no ads and the footage is professionally-shot with multiple angles, making the live streams great for solo viewing and even better for get-togethers with friends and family. (nugs.net tells us that starting mid-March of 2022, a number of live streams will be available to subscribers, exclusively).

It was also easy to browse upcoming live streams, so we ended up checking in every few days to see which ones we wanted to watch. Artists like Billy Strings have a number of streams from March 9 to the 27, which were perfect to check out for those of us that can’t make it to the live show in-person. Strings in particular was forced to cancel several shows in December because of positive Covid cases within his tour bubble, so we were excited to see that these livestreams are so accessible and easy to watch. Catch upcoming shows from Strings and other groups here.

If you’re looking to stream on-demand video or audio from concerts, nugs.net is your new best friend. With a subscription, you’ll get unlimited access to nearly 20,000 exclusive live concerts, including over 250,000 live audio tracks. Many of the albums on nugs.net can also be purchased for download in high-fidelity formats (more on this later).

The catalog of on-demand music on nugs.net is massive, with both new recordings and old ones. You’ll find concerts from as far back as the sixties, as well as extensive libraries from certain artists (for example, there are 674 Metallica concert recordings on nugs.net).

As far as artist and band selection, nugs.net does very well — especially if you’re into jam, rock, bluegrass, folk, or country music. Some of the platform’s best collections come from Dead and Company, Pearl Jam, Umphrey’s McGee, The Allman Brothers, and Metallica, but they also have concert recordings from lesser-known bands as well. Plus, nugs.net is still growing its library with new genres. Right now, the catalog focuses on artists whose live performances have a consistent variety, giving fans a range of live show experiences from one performer.

Artists and fans alike are starting to take a stand against the streaming industry’s exploitation of musical talent. And here’s where nugs.net scores some big points.

nugs.net functions more like an online music venue than a traditional streamer, which means the company pays artists directly instead of going through a record label. This allows nugs.net to pay artists far more than most streamers, which is easy for us to get behind.

Plus, nugs.net has albums available for purchase, which you can buy and download — again supporting artists more than regular streaming.

nugs.net has a desktop player, accessible through any web browser, and an app for IOS and Android. Both were easy enough to use, although quite different than most streaming interfaces. But that might be a good thing.

Usually, when we head to a music streaming app we’re taken directly to music we’ve already heard and music that the service’s algorithm thinks we’ll like. nugs.net is different: free of suggestion algorithms, nugs.net encourages more browsing and organic discovery.

We found ourselves spending long sessions on the nugs.net web player, bouncing around concerts, revisiting old bands, and, maybe most importantly, just listening to new music with intent. One method we liked was browsing nugs’ catalog by year, trying to find concerts we attended in the past (we did find a few).

Overall, the experience of browsing nugs.net felt more akin to flipping through vinyl at a record shop than using a streaming service. And we loved it.

The app is also compatible with audio software such as Sonos, BluOS, Chromecast, and Airplay, if you want to play a live concert throughout the house or up on the TV. This was great especially welcome with guests, as we could put a live concert on the TV to entertain friends and family (in other words, we could all enjoy a concert from home, together). But we also enjoyed using the nugs.net app and web player for solo discovery with a pair of nice headphones.

You may have already figured this out: nugs.net is geared towards serious music lovers. The platform’s audio and video quality follow suit, delivering high-resolution video and high-fidelity sound to satisfy most audiophiles.

In addition to the regular subscription tier, nugs.net offers a HiFi tier that lets you stream live music in lossless 16-bit, MQA, and 360 Reality Audio formats.

We tested this subscription tier with premium speakers and headphones, and, unsurprisingly, the difference is immediately noticeable. With HiFi streaming, vocals are more crisp, individual instruments are definable, and the whole sound is deeper and richer than normal MP3 streaming.

As mentioned, nugs.net also has a large library of for-purchase live albums that you can download in high-fidelity formats including ALAC-HD, FLAC-HD, and MQA. These albums are available to buy even if you don’t have a subscription (although subscribers get a 15% discount).

nugs.net offers two subscription tiers. The basic subscription tier, which gets you access to live streams, all on-demand content (in MP3 format), and a 15% discount on for-purchase albums, costs $12.99 per month or $129.99 per year if billed annually.

The upgraded HiFi tier, which includes everything in the basic tier plus tons of high-fidelity streaming options, costs $24.99 a month or $249.99 a year. If you care about audio quality (and/or have the audio gear to support high-fidelity audio) definitely go with the HiFi subscription.

Both subscription tiers also have a generous 30-day free trial, giving you more than enough time to see if nugs.net is right for your needs.

Don’t feel like subscribing? You can still buy individual video concerts and albums without a membership. These downloadable purchases usually cost between $9.95 and $24.99, depending on the sound quality you choose. Our recommendation, however, is to subscribe: you’ll miss out on the browsing experience and quickly spend more money by choosing individual purchases.

nugs.net Verdict: Is it worth it?

nugs.net is a great service that deserves more attention. We could easily spend many more hours digging through their impressive archives, watching and listening to concerts that we would’ve otherwise never come across, and the live streams are some of the highest-quality and most accessible on any platform. Better still, we can do all of this with a clear conscience knowing that our favorite artists are getting the support they deserve.