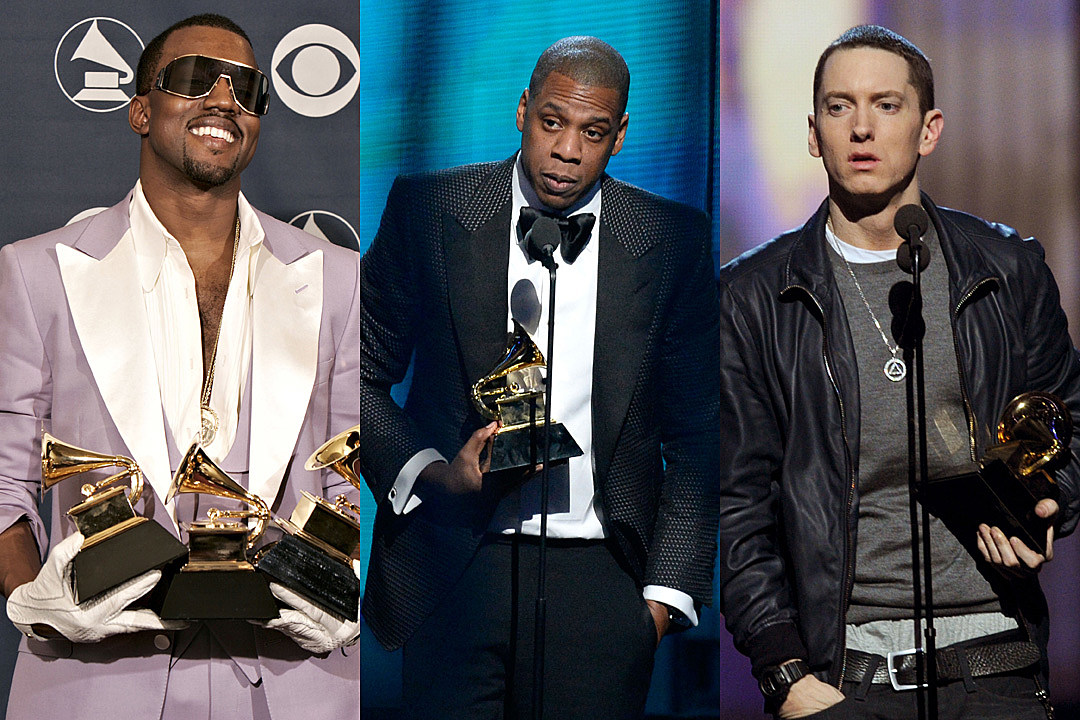 Hip-hop has always had a love-hate relationship with the Grammys. In fact, the prestigious award show that’s catered to honoring the music industry’s most talented composers, songwriters and musicians turned a blind eye to rap for years. Some might say the Recording Academy has considered hip-hop the outcast of music in general, never recognizing the genre for what it truly represents: a cultural movement that goes against the status quo.

The Grammy Awards didn’t debut its first hip-hop category, Best Rap Performance, until 1989, even though the genre was born in 1973—the ceremony itself began in 1959. But the Best Rap Performance award was famously not televised, causing many of hip-hop’s biggest names to express outrage at the Academy’s decision. Despite being nominated, and ultimately winning the award, Will Smith (who was still known as the Fresh Prince at the time) & DJ Jazzy Jeff chose not to attend the ceremony, marking the first boycott of its kind in hip-hop.

Since then, there have been countless examples of rappers speaking out against the annual awards ceremony. Nicki Minaj’s recent gripe with how her hit single “Super Freaky Girl” was recategorized is further proof, though it was snubbed all together once the nominees came out.

Then there are others who go so far as hosting the Grammys. Queen Latifah was the first rapper to do so, and one of the select few who got inducted into the Grammy Hall of Fame. Grandmaster Flash and the Furious Five’s “The Message” was the first rap recording to receive this honor. Besides the Queen and Flash, certain members of the hip-hop community have been collecting Grammys like Thanos sought to collect all of the Infinity Stones. In doing so, this has led to a friendly feud amongst greats for the most Grammy wins by a rapper. Tied for first place at 88 nominations in total is Jay-Z, with Kanye West not too far behind at 75. The pair (formerly known as The Throne) both have 24 awards each.

With hip-hop turning 50 this year, XXL takes a look at which rappers have come out on top with the most golden gramophones.—Derrius Edwards

See Rappers With the Most Grammy Awards