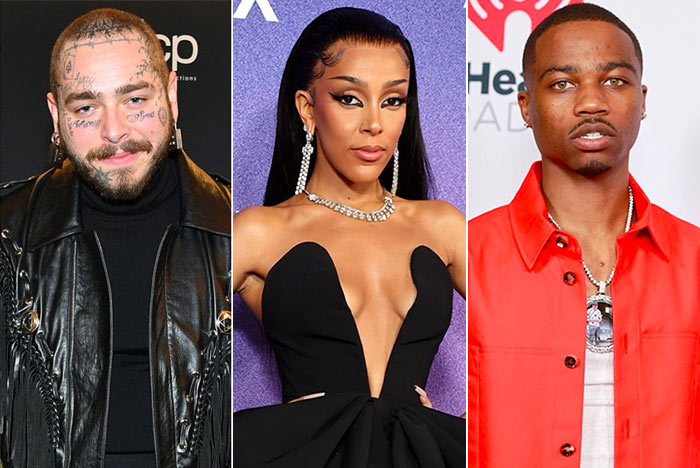 Ahead of his highly-anticipated album release next month, the rapper took to Instagram Live to preview his new music, including collaborations with Doja Cat and Roddy Ricch.

The Doja duet is reportedly titled “I Like You (A Happier Song)” and finds the two playfully going back and forth. “I like you / I do, I do / I hit you when I land / Can you fit me in your plans?” Post sings over the bouncy beat.

During the impromptu livestream, he also debuted a song with Roddy Ricch called “Cooped Up.” “I’ve been waiting so long / Now I gotta resurface,” Post sings over the soaring instrumental.

Post’s new album twelve carat toothache is set to arrive in May, according to his manager Dre London. The 14-track set will “speak more to how I’m feeling at the moment: the ups and downs and the disarray and the bipolar aspect of being an artist in the mainstream,” he told Billboard.

The follow-up to 2019’s Hollywood’s Bleeding will also include collaborations with The Kid LAROI (“Wasting Angels”) and Robin Pecknold (“Love/Hate Letter to Alcohol”).