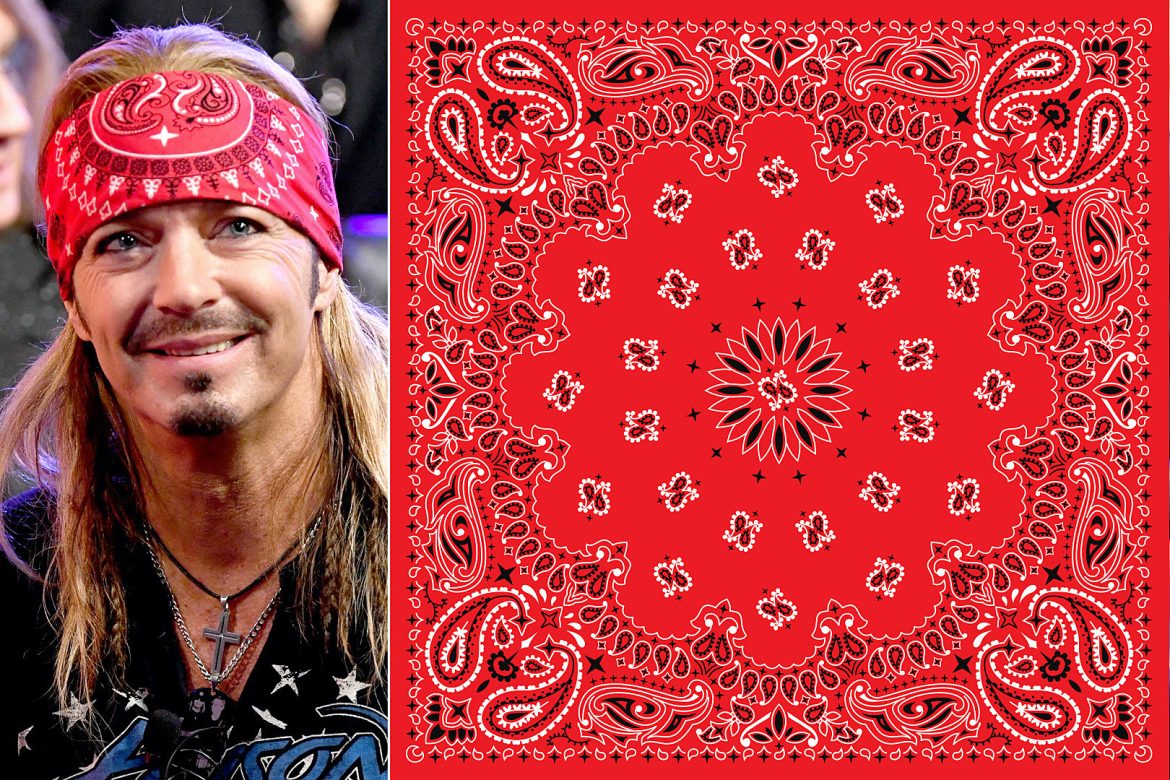 Poison singer and recognizable rock star Bret Michaels shows how he folds his signature bandana in a new video the musician posted to social media.

Michaels, also known for his reality TV stints on Rock of Love and The Celebrity Apprentice, frequently sports the headband look, as Poison listeners and hair metal fans are likely aware. It’s become such an identifiable part of the singer’s charm that it’s hard to imagine him without a bandana or some other piece of headwear.

Wanna know how he folds it? Watch the video down toward the bottom of this post.

“Hello, my friends — it’s Bret,” the musician begins. “A lot of people ask me about the Bret Michaels ‘patented’ headband diamond fold. For the ol’ bandana to fit any size head, it is like this.”

Using the felt of a pool table as his workspace, Michaels exhibits how to get just the right spread on a bandana. He then goes on to display how to pleat the headband precisely, with the ace in Michaels’ method being the variably adjustable width of the final strip.

Concluding the bandana tutorial, Michaels says, “That is on the house; thank you for all the great years. Enjoy the ‘patented’ Bret Michaels diamond fold, and go rock the world.”

Next month, Poison start supporting Motley Crue and Def Leppard on the “Stadium Tour” across North America. The tour was postponed twice due to the COVID-19 pandemic.

Bret Michaels Shows You How to Fold a Bandana