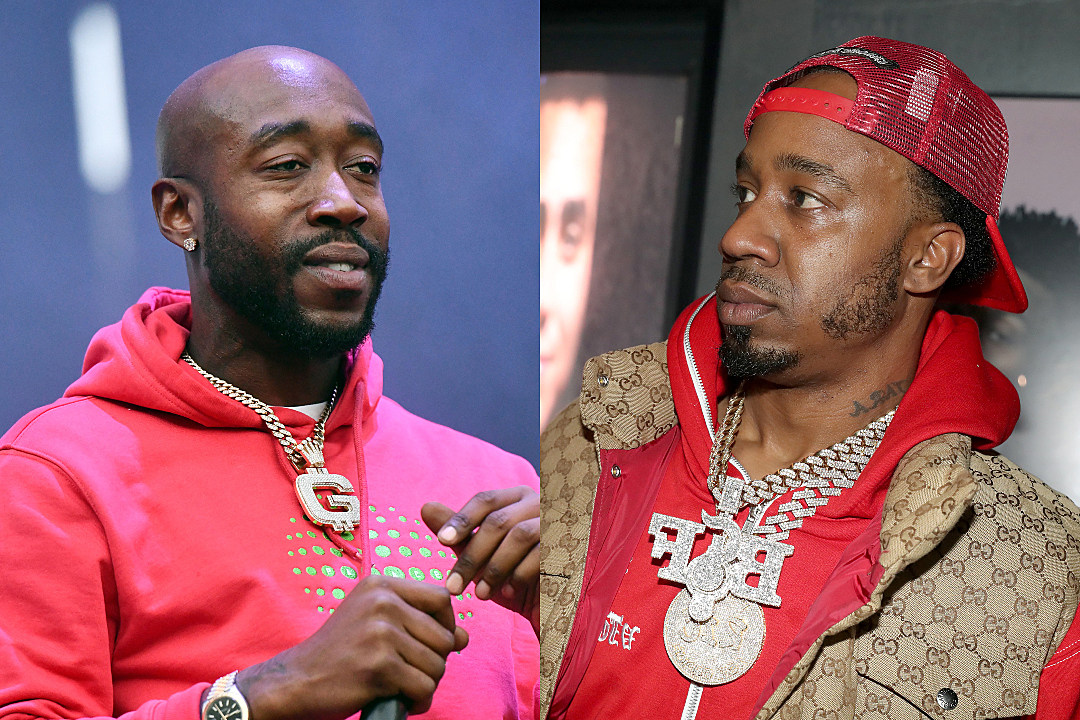 Photos of Freddie Gibbs with an apparent swollen eye have surfaced online following rumors that the Indiana rapper had an altercation with associates of Benny The Butcher.

Last Saturday (May 14), Freddie Gibbs was in Buffalo, N.Y. for a scheduled performance on his Space Rabbit Tour when he was supposedly attacked by purported associates of Benny The Butcher. Tory Rogers, a music artist from Buffalo, N.Y., allegedly witnessed the attack (rumored at Dinosaur Bar-B-Que restaurant) and recounted the incident on his Twitter account on Saturday night.

“I just saw Freddie Gibbs get beat up and his chain took while I was eating in buffalo Ny @FreddieGibbs @Akademiks @WORLDSTAR #explore #WSHH,” he tweeted. “Chain off video.”

“Freddie Gibbs was running in his security didn’t help,” he continued. “It was bad.”

It appears that Rogers had captured the harrowing incident on video.

“Video coming soon chain gone,” he wrote. “Freddie [Gibbs] chain was snatched doing the video tell DJ ak to hit me up then I’ll upload the video everybody tagged him.”

On Sunday (May 15), photos surfaced online of the Gibbster eventually performing at his Buffalo show but with a swollen eye. It appears the Bandana creator was wearing a balaclava (aka ski mask) to cover up his injuries. Swipe to check out the photos below.

As far as Gibbs‘ chain being snatched, the rhymer refuted those claims in an alleged text screen shot. Wack 100 also spoked about Gibbs allegedly getting his chain snatched while he was chatting on Clubhouse. Watch the video below.

Freddie Gibbs and Benny The Butcher have been verbally sparring with each other for the past few months with Gibbs trolling the Griselda rapper on social media. Their feud initially started when Benny claimed that a possible collaboration with Gibbs “came and went” during Spotify’s Most Necessary Live interview. Gibbs took offense and has been poking fun at Benny, even mocking his November 2020 attempted robbery incident where the rapper was shot in his leg.

Gibbs and Benny collabed on “One Way Flight,” a single on Benny The Butcher’s 2020 Burden of Proof album.

XXL has reached out to Freddie Gibbs and Benny The Butcher’s reps for comment.

See Rappers Who Had Their Chain Snatched Over the Years