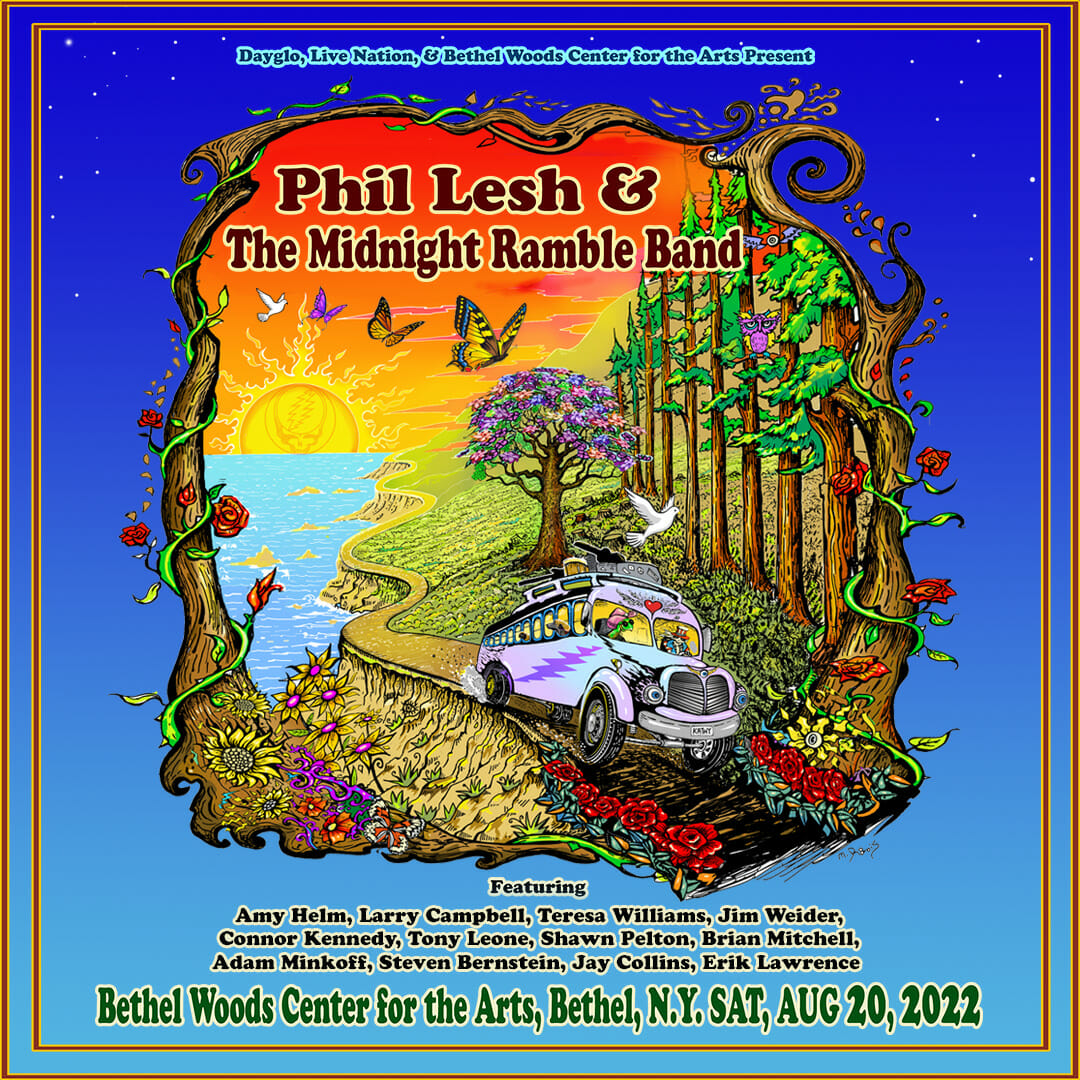 The one-night affair is a part of Bethel Woods Center for the Art’s “Woodstock Anniversary Celebration,” which commemorates the 53rd anniversary of the Woodstock Music and Art Fair. The performance marks a serendipitous return for Levon Helm’s collaborators, and Lesh–The Band and Grateful Dead performed at Woodstock in 1969.

The last time Lesh performed at the outdoor concert venue was in 2019 at the annual Mountain Jam. The performance featured an eight-song set that began with “St. Stephen,” followed by a foreshadowing cover of The Band’s “Chest Fever.” The Bay Area bassist went on to deliver a groovy “Mr. Charlie” ahead of “Sugaree,” “Mountains of the Moon,” a first-ever “Midnight Highway” and “Uncle John’s Band” set-ender.

Lesh’s last non-festival performance at Bethel Woods Center for the Arts dates back to July 9, 2006, when the Grateful Dead’s original bassist was joined by Phish’s Trey Anastasio for a momentous second set and encore sit in on the historic Woodstock grounds. The live collaboration included a sequence of fan favorites: “Uncle John’s Band,” “St. Stephen,” “Mama Tried,” “Dark Star,” ‘High Time” and “Turn On Your Love Light.” Then, the duo returned to deliver “He’s Gone,” “Touch of Grey,” and, of course, “Box of Rain” as night closers. Needless to say, Lesh’s next visit to Bethel Woods is not to be missed.

Relix’s ticket presale begins on Thursday, May 19, and will run from 10 a.m. to 10 pm E.T. Use Relix presale code BOXOFRAIN for access.