Early PEARL JAM drummer Dave Krusen rejoined his former bandmates on stage Monday night (May 16) at a concert in Fresno, California. Krusen was one of three drummers tapped to fill in for PEARL JAM‘s longtime drummer Matt Cameron, who has been sitting out shows on the band’s current tour after positive for COVID-19.

While introducing Krusen, PEARL JAM singer Eddie Vedder reflected on the band’s 2017 induction into the Rock And Roll Hall Of Fame, saying: “The part that was the most rewarding was seeing some old friends, seeing some old bandmates and some people that we hadn’t seen for quite a long time. And in one case, we had our friend come out to Seattle. He came up and we only played a couple of songs. But when this all went down with Matt the other day, we started thinking about all the other people that… You know, we’ve been through some great drummers — some of the best, and we have the best currently.

He continued: “That first record seems to be a record that affected so many people. But our friend who was playing drums [with us] at that time, the amount of shows that he got to play with us was very limited. Well, it looks like this week we’re gonna get to make up for that.”

Krusen and PEARL JAM then played several “Ten” album cuts, including opener “Once”, “Why Go”, “Even Flow”, “Garden” and “Black”. Krusen later returned to the stage for the encore to play “Jeremy”, “Deep”, “State Of Love And Trust” and “Alive”.

Krusen left PEARL JAM shortly after the completion of “Ten” due to his struggle with alcoholism, but he got sober and managed to continue a career that included stints with CANDLEBOX and many other artists. He told The Pulse Of Radio a while back what he learned from his time with PEARL JAM. “I learned to get my act together, as far as personally, you know?” he said. “And take care of whatever demons I had that were kind of running my life at the time. And just to be, like, grateful that you get another shot at it. To get one shot is amazing, and to, like, get any other shots at it, you know, you should be glad you’re doing it and make the most of it.”

Krusen said he was “seriously shocked” to be inducted into the Hall Of Fame, adding: “I obviously feel a little like I’m not so deserving, but I appreciate them going out and doing all of this, and me getting to sneak in at the end.”

The 2017 edition of PEARL JAM‘s annual fan-club Christmas single included a soundcheck version of “Alive”, featuring Krusen and recorded prior to PEARL JAM‘s Rock And Roll Hall Of Fame induction performance on April 7, 2017. The second track was a new cover of Chuck Berry‘s “Around And Around”, recorded during a rehearsal for the Rock And Roll Hall Of Fame on March 30, 2017.

Krusen was one of the group’s two drummers who were inducted into the Rock Hall, the other being Cameron. The three stickmen who played in between them — Matt Chamberlain, Dave Abbruzzese and Jack Irons — were all invited to attend but did not enter the Hall with the other members. 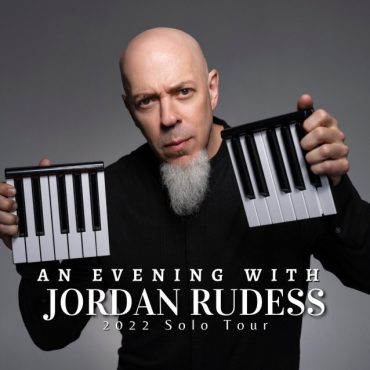 Jordan Rudess, virtuoso musician/composer and keyboardist for Grammy Award-winning prog rock band DREAM THEATER, will embark on a two-month solo tour dubbed "An Evening With Jordan Rudess" this summer from June to August. Audiences can expect to spend this intimate evening with Jordan immersed in his musical virtuosity as he shares personal stories from his musical journey. The tour kicks off on June 7 in Seattle, Washington and concludes on […]