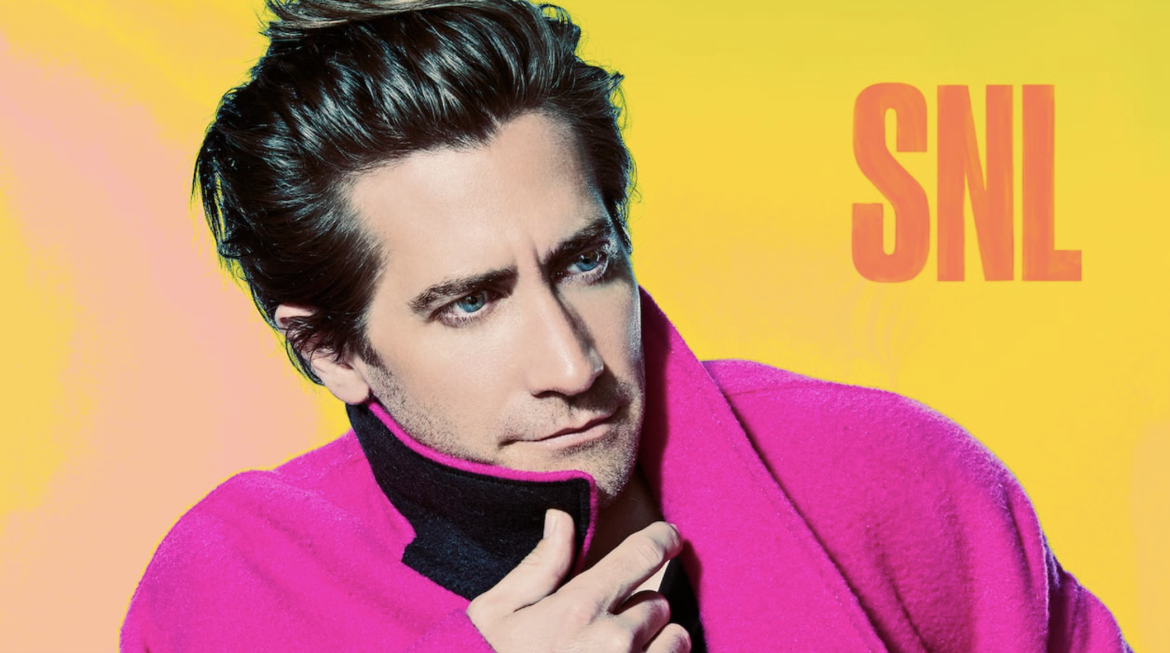 Those who wish to sing always find a song, and this week’s Saturday Night Live host Jake Gyllenhaal must have told the writers to set every sketch of his to music. Maybe it’s because Taylor Swift murdered him on the same stage mere months ago, or because he’s stealth campaigning for a dream role in a musical, or simply because he’s got the pipes. But I say if a host shoots for the fences singing Celine Dion in his monologue, then surely some of his dating history can be forgiven. Gyllenhaal was out for joy, he told us, like back in 2007, when he sang in drag to Dreamgirls with dream girls Maya Rudolph, Amy Poehler, and Kristen Wiig as his backup dancers. The man succumbed to a phase of method severity and self-seriousness in his career but later came to his senses. “Acting is a really stupid job. It’s fun, and it should be filled with joy,” he said, before launching into “It’s All Coming Back to Me Now.” Chloe Fineman, Ego Nwodim, and Cecily Strong may not evoke the same full-hearted affection as those from yesteryear, but baby, baby! Gyllenhaal let us know from the get that he was going to go for it.

The cold open wisely dispensed with James Austin Johnson’s President Joe Biden quickly, leaving Nwodim’s Justice Ketanji Brown Jackson alone in the Oval Office to feel the weight of history. She was visited by past trailblazers Ruth Bader Ginsburg, Thurgood Marshall, Harriet Tubman, and Jackie Robinson. Kate McKinnon’s RBG warned of white women who’ll soon be wearing buttons of the newly appointed Justice’s face. When Nwodim noted that Ted Cruz had the nerve to “read a children’s book at me,” McKinnon said: “So, I bet the book was called Good Night Cancun,” before snapping her fingers and grooving out of the room. “And that’s a Gins-burn!”

Should linchpin Kenan Thompson ever leave SNL, may it be to preside over a game show. As the host of “Why’d You Like It?” he broke down the inherent baseness of all social media. The contestants had to get honest about what drove them to like various Instagram posts. Fineman was held to the fire for liking an ex-boyfriend’s sister’s vacation picture from 5 years ago. Chris Redd needed to come clean on liking Megan Thee Stallion’s post about artwork. “Pass?” he tried. Everybody out here is hoping the weak and desperate act of hearting will lead to more.

If Gyllenhaal wanted joy out of the evening, Aidy Bryant and Bowen Yang served it up during their Trend Forecasters’ return to Weekend Update. The duo was dressed in clothes from Moira Rose’s closet if she’d lived in The Hunger Games’ Panem rather than Schitt’s Creek. What’s out? Jogging to Kelly Clarkson. Waiting for your significant outside the fitting room. That vulnerable gasping sound one makes before an almost sneeze. The pair snarled and purred with operatic absurdity, and it’s hard to know whether these two would enter into a threesome with Bill Hader’s Stefon should they all meet at an underground club—or if someone would be slashed with a broken bottle. Bryant ended up with her hand all over Michael Che’s face, shushing him quiet. “You are beautiful, but you are stupid.” I tend to think of the co-anchor as playing the huffing sardonic or allowing judgmental chuckles rather than having an actual giggle. In: seeing Che break.