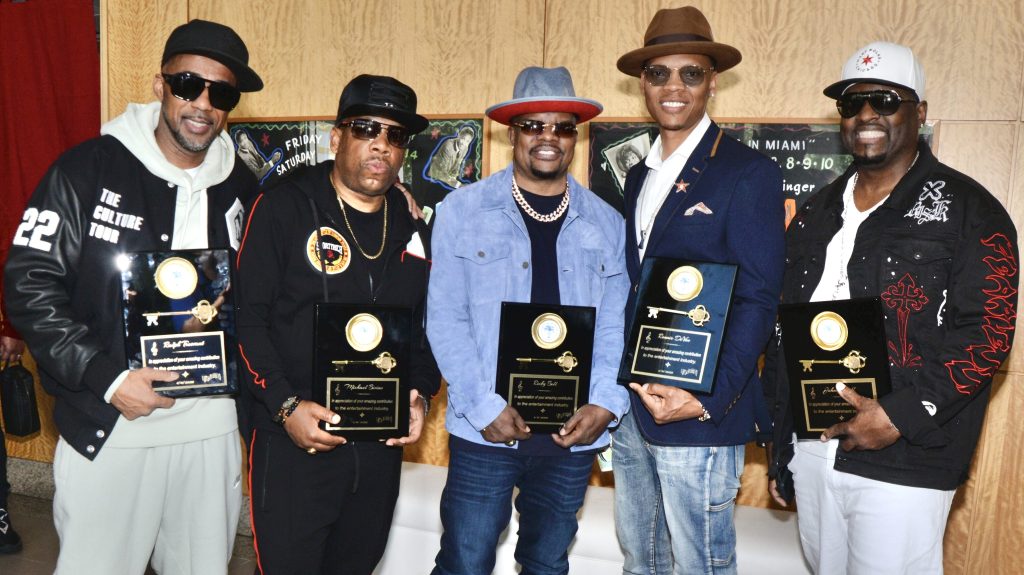 New Edition, Charlie Wilson, and Jodeci slid through Miami for the last stop of their dynamic Culture Tour. The 30-city tour concluded this past Sunday (April 10) and the following day, the sextet were honored in a major way by the city of Miami. Chairwoman Christine King surprised them with the keys to the city at the historic Lyric Theater in Overtown.

“I thought it would be appropriate to recognize New Edition for their accomplishments in our historic Black theater, where Black entertainers were hosted for many, many years, as you can see with the banners here, so where else, where better to recognize Black excellence [and] New Edition,” she stated during the ceremony.

Ricky Bell added, “Miami is at the top of the list when it comes to our favorite cities to perform in, even just to visit. You know, a lot of times, so this is a real honor for us. Like Mike said, we don’t take it lightly for us, whether we’re receiving a Grammy or a key to the city, Miami is right there at the top of the list.”

“The energy, the weather, the people, it’s just always been one of my favorite places, all of ours,” Johnny Gill later expressed. As New Edition approaches the 40th year of their brotherhood, Ronnie DeVoe teased, “We’re going to do some things in anticipation of a residency, and so many other things next year, new music. A city like this, Miami, it’s just going to feel good to pour back into it. Like, being in this building right now is amazing. We were just talking about potentially doing a few things here to make sure we’re pouring back into the community, and that’s what the culture tour is all about.”