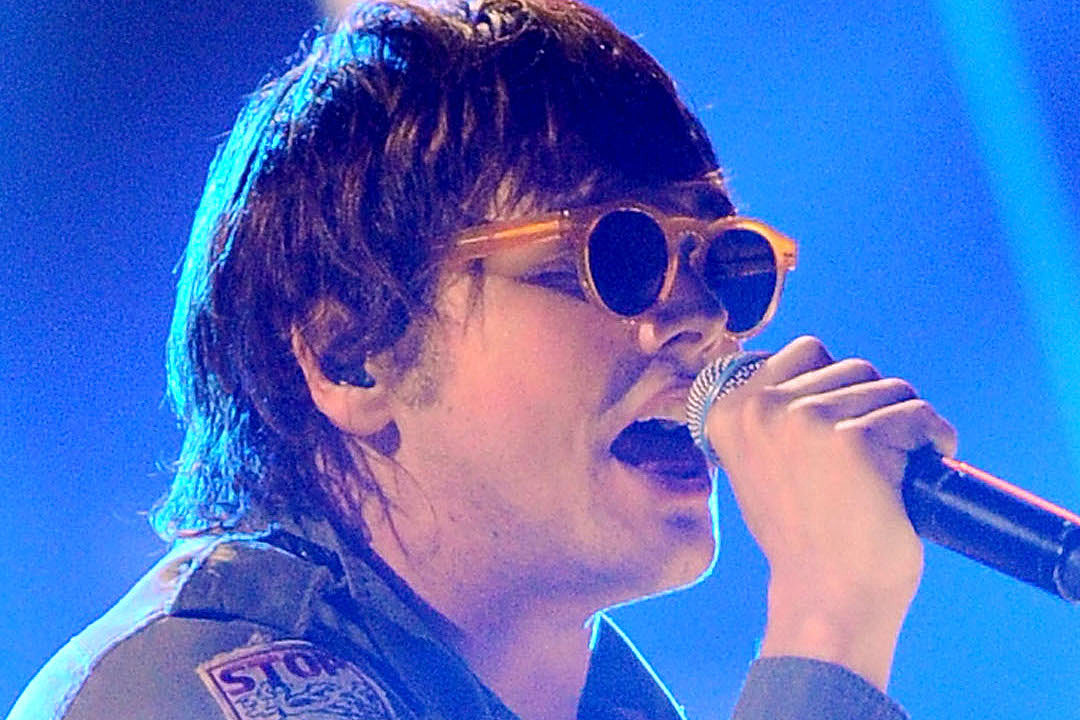 That’s how a concertgoer put it on Twitter this week. The MCR fan shared a photo of the lead vocalist and emo icon onstage at My Chem’s first U.K. arena show of their 2022 reunion tour at MK Stadium in Milton Keynes, England, on Thursday (May 19).

Indeed wearing a suit doused in red, not to mention a matching face cowl similarly saturated, Way came onstage Thursday and — before the alt-emo kingpins played their new single, “The Foundations of Decay,” as was captured on video — growled to the crowd, “I feel so powerful.” NME subsequently reported on the captivating display.

Is Way maybe woodshedding a new character for one of his comic books? That much is unclear. But the singer’s gruesome onstage guise was nonetheless adventurous.

At the same gig, My Chemical Romance played “It’s Not a Fashion Statement, It’s a Fucking Deathwish” for the first time live since 2007 (via Setlist.fm). There’s fan-captured video of that performance, too. (The tune comes from 2004’s Three Cheers for Sweet Revenge.)

“The Foundations of Decay,” My Chemical Romance’s first piece of new music in eight years, emerged on May 12. The group initially reunited three years ago and played their first show back in Los Angeles in December 2019. The pandemic pushed their touring plans to this year. The band will perform across the U.S. this summer.

See Way’s bloodstained suit in the videos and photos below.

My Chemical Romance, “It’s Not a Fashion Statement, It’s a Fucking Deathwish” (Live)

Musicians That Believe in Aliens

Tom DeLonge has got A LOT of company.