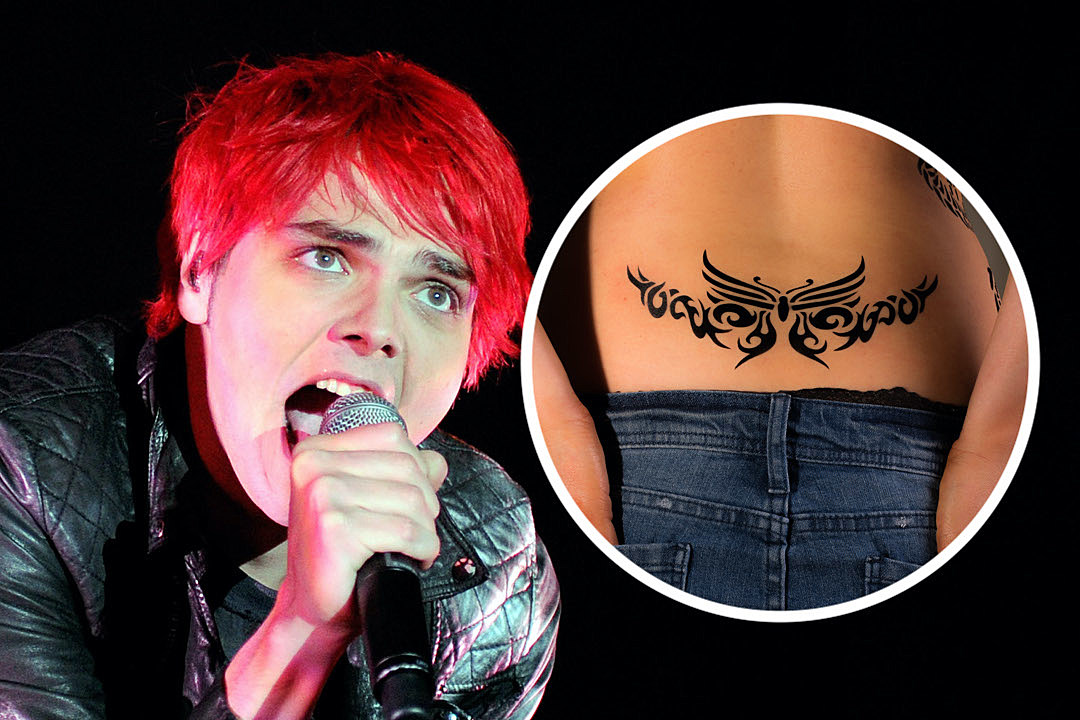 This week, My Chemical Romance finally kicked off their anticipated reunion’s live campaign after a string of pandemic delays. And with a new MCR tour comes new MCR merchandise. But a couple of the alt-emo kingpins’ new clothing items — particularly a shirt sporting a photo of a barely clad individual with a My Chemical Romance “tramp stamp” tattoo on their lower back — are catching some eyes.

As it turns out, the new shirt and the post are indeed connected. The person on the garment is the same person from the post. That would be Mickey Taylor, now a musician and animation student but formerly a sex worker who was the subject of the original pic.

How’s that for fan service? In keeping with My Chemical Romance’s constant nods to their listeners, plus their unending support for queer fans, the band got Taylor to take new photos of his tat for the shirt. In the garment’s image, he’s standing and wearing only white briefs as he displays the unsteady-looking art that was clearly inked by an amateur.

“Honestly the whole thing has been a pleasure,” Taylor told the LGBTQ+ outlet Them. “I had no idea when [the shirts] would drop or if, but it happened and I found out through Twitter which was WILD! The [reaction has] been incredible and it’s made the whole situation even more bizarre and fever dream-ish haha. None of it feels quite real.”

Taylor said he first received an email from a band member inquiring about his tattoo. According to him, the unnamed rocker said they saw the ink in one of his “movies” and “thought it was cool.” Subsequently, at the merch booth, My Chem have reportedly labeled the shirt the “Mickey Taylor Photo T-Shirt,” acknowledging the photo’s star.

Taylor said of his interactions with the band, “I was just freaking out as fan of the music but also just the fact they even knew me, haha.… [The tattoo] was my peak fandom mixed with my rebellious who-gives-a-fuck phase. [In] hindsight I shouldn’t have got a friend to do it, haha. Seems reckless now but still zero regrets. But don’t get home tattoos. Ever!”

My Chemical Romance singer Gerard Way conceptualized the Boy Zone T-shirt himself. Kerin Cunningham, the shirt’s designer, called it “a bit whimsical, a little bit ironic, and a whole lot [of] stupid in the best way.”

See a tweet from Taylor and others showing both T-shirts below. Check out My Chem’s tour dates and listen to their new single, released last week, “The Foundations of Decay.”

Musicians That Believe in Aliens

Tom DeLonge has got A LOT of company.