As the result of a donation made by the late Cynthia “Plaster Caster” Albritton, Iceland’s Phallological Museum will soon unveil a mold made from the penis of legendary rock guitarist Jimi Hendrix.

Albritton died on April 21 at the age of 74, leaving the status of the dozens molds of the penises of cultural icons, as we she had acquired throughout the years in question. In addition to the mold of Hendrix’s penis, she had also cast molds of the erect genitalia of other notable rockers, such as Wayne Kramer (MC5), Jello Biafra (Dead Kennedys), Pete Shelley (Buzzcocks) and more.

As confirmed by Iceland’s Phallological Museum, the Reykjavik location which is home to over 200 “penises and penile parts” that belong to almost every animal native to Iceland (both land and sea), Albritton left “one of a few casts of Jimi Hendrix” in their care.

The unveiling will take place in early June at a closed event and, presumably, it will be proudly on display for all attendees to view forevermore.

“Jimi Hendrix was coming to town. He was my first real rock star that dipped his dick and it was unbelievable. We were the groupies that got to the hotel first and we were the only groupies in Jimi Hendrix’s room. It wasn’t our very first cast. I had tried it on a few civilians first to be ready for Jimi,” Albritton told Rock Scene in an interview with Rock Scene a decade ago.

“He’s my biggest. No, he’s not my biggest. There are ‘bigger-ish’ others,” she continued, “But I couldn’t say whether or not he’s my most exciting. Because they’re my sweet babies and I am their mama and I’m very democratic with all my babies. I don’t like to play favorites. I love them all. The experiences were equally exciting and weird and different from each other.”

To learn more about the Phallological Museum, head here.

Scientists have great taste in music! 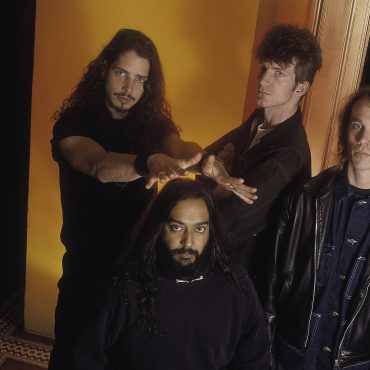 Whether you're a fan of the term "grunge" or not, Soundgarden were one of the most impactful bands of the Seattle rock scene that rose to prominence in the early 1990s. Though their reign was sadly cut short, they left us with six solid albums in their catalog. But which is the best? That's what we want to know in this week's Loudwire Nights Album of the Week poll.You'll have until Friday at […]