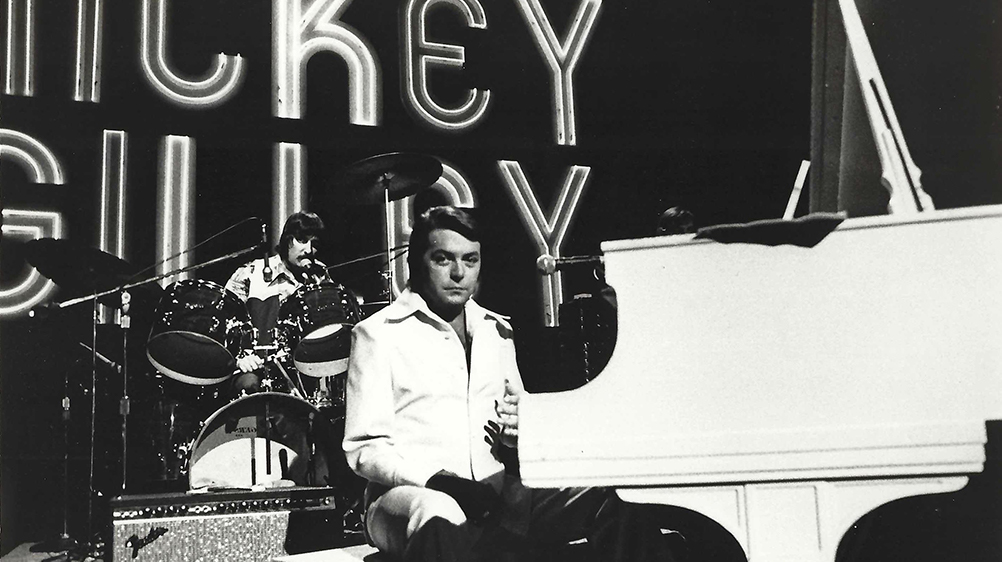 Looking back on the life of Mickey Gilley, who died May 7 in Branson, Mo., at the age of 86, one must consider the musician and the country music era that he helped to define.

The singer-pianist was a versatile stylist, an outstanding instrumentalist and one of country music’s most prolific hitmakers. He notched his first No. 1 country single, a version of George Morgan’s “Room Full of Roses,” in 1974 on Playboy Records. Another six Gilley chart-toppers followed on the label, and 10 more singles reached the pinnacle of the country chart during hia long stay at Epic Records. He placed among the top 25 country singles acts of the 1980s, according to chart authority Joel Whitburn.

But Gilley’s reach extended beyond vinyl and airwaves through his famous namesake club, Gilley’s, based in Pasadena, Texas, outside Houston. The establishment, touted as one of the world’s largest honky tonks, would introduce a whole new audience to country music with the hit movie that was shot under its roof, the 1980 smash “Urban Cowboy.”

Gilley became a partner in club in the early 1970s, before he was a major hitmaker and before he knew if he his career would last. Although he became synonymous with the movie and the cultural moment it sparked, in his heart he was a musician first. All but two of his No. 1 hits came before “Urban Cowboy” was released in June 1980.

In the end, Gilley earned his place as an authentic country legend, one whose extended family included the pioneering Jerry Lee Lewis and televangelist Jimmy Swaggert.

“I started playing piano when I was about 13 years old. My cousin Jerry Lee Lewis started at around 7, and cousin Jimmy Swaggart followed him into piano, playing gospel music,” Gilley told me in 2016. “I first started up on guitar. I found that the piano was a little more interesting to me. I could look at my hands, and I couldn’t see my hands on the guitar, so I ended up on the piano. And with my cousin Jerry Lee hitting with ‘Whole Lotta Shakin’ ‘ back in the ‘50s, I felt at that time like if he could do it, I could do it, too.”

Gilley began his recording career in 1959 in Houston, cutting his first single with another aspiring young musician, Kenny Rogers, on bass. However, it would be 15 years before Gilley would nail his first major hit. “I didn’t have any success whatsoever, as far as national attention,” he explained. “As far as my recording career was concerned, I didn’t think it was ever going to happen.”

So, in 1971, with partner Sherwood Cryer, he opened the doors to the nightclub that bore his name. He developed a local profile, and at Gilley’s he was able to sell his own records off the jukebox. “Room Full of Roses” became a local and then a regional hit, and Nashville promotion man Eddie Kilroy brought the record to Playboy, where it lifted off nationally.

By the time director James Bridges turned his lens on modern Houston for “Urban Cowby,” the club had become nationally renown as a haven for music and more. The movie was based on an Esquire story about the mating rituals of Gilley’s patrons; John Travolta — who had broken through to mega-stardom with 1977’s “Saturday Night Fever” — and Debra Winger played a tempestuous working-class couple based on two Gilley’s regulars, Dew Westbrook and Betty Helmer.

Naturally, Travolta was given the opportunity to strut his stuff, cowboy style, on Gilley’s hardwood floor. But many moviegoers walked away from “Urban Cowboy” with the image of Winger’s ride on the club’s mechanical bull in their minds. Gilley was on the road when his business partner had the contraption installed, and he was not amused when he first laid eyes on it. In fact, his initial reaction threatened to kill the movie project before it was nailed down.

“I thought it was the biggest mistake anybody could ever make,” Gilley told Houston TV newsman Dave Ward in 2020. “First thing I thought of was people getting hurt on it, and sure enough they did. Next thing I know, we had this guy coming down from New York and writing an article about the urban cowboy, and it was going to change my life.  ”

Now envisioning what he called “Country Night Fever,” Gilley wisely held his tongue about his dislike for the article, which he felt put country music down. Variety’s review of the film noted that it “ably captured the atmosphere of one of the most famous chip-kicker hangouts of all.”

Moviegoers were seduced by the heat of its two lead actors (and supporting baddie Scott Glenn as the principal fly in the romantic ointment), and a wall-to-wall soundtrack of contemporary country hits combined with the exotic fly-on-the-wall look at country life in the big city turned “Urban Cowboy” into a hit at the box office and the record store, where it delivered on both the country and pop fronts.

The movie spawned three No. 1 country singles: Gilley’s “Stand By Me” (a cover of the Ben E. King R&B and pop hit), “Lookin’ for Love” by Johnny Lee (the leader of Gilley’s house band) and Anne Murray’s “Could I Have This Dance,” plus Kenny Rogers’ No. 4 country entry “Love the World Away.” All those tracks, plus Box Scaggs’ “Look What You’ve Done to Me” and Eagles guitarist Joe Walsh’s “All Night Long,” made the pop top 40. The two-LP soundtrack album, executive produced by Irving Azoff and released by Asylum, was ultimately certified for sales of 3 million copies.

Hard-country aficionados may have turned up their noses, but the film’s success encouraged urbanites to dip their new Tony Lama boots into country music. In virtually no time, line dancing videos became the rage, and country bars became newly minted hangouts in big northern cities.

Between 1974 and 1983, Gilley lofted an unbroken string of 29 singles into the country top 40; the material ranged from honky tonk dance floor fillers to romantic ballads. Many of the songs, driven by his bluesy piano playing, had a rocking edge.“I wasn’t really known as a country music performer,” he told me. “I was trying to follow Chuck Berry and Jerry Lee and Fats Domino and Little Richard. I was trying to be more like Elvis and those people at the time. I didn’t consider myself a country act.”

After “Urban Cowboy,” Gilley parlayed his prominence into a run of TV and movie roles in the ‘80s, often portraying himself in such series as “Fantasy Island,” “The Fall Guy,” “Chips” and “Murder, She Wrote.” And he continued to appear regularly with hits in the country top 20 through the late ‘80s. Though the original Gilley’s burned down in 1990, it maintained an afterlife as a franchised operation, including one in Branson, where the musician spent much of his time in later years.

Gilley remained an eclectic performer who cast a wide net stylistically. He once told me he viewed his duet on a remake of Eddy Arnold’s “You Don’t Know Me” with Ray Charles as “the thrill of my career…just the ultimate of my life.”

It’s possible that the “Urban Cowboy” explosion will outlive its original landlord. Thanks to decades of regular airings of the movie on cable TV, Gilley’s nightclub may soon get a new lease on life in Hollywood. In February, Variety reported Paramount+ is developing a series remake of the movie.

Forty years after his heyday, Mickey Gilley was still synonymous with a dynamic era for country music. Not a bad legacy for a honky-tonk hero.