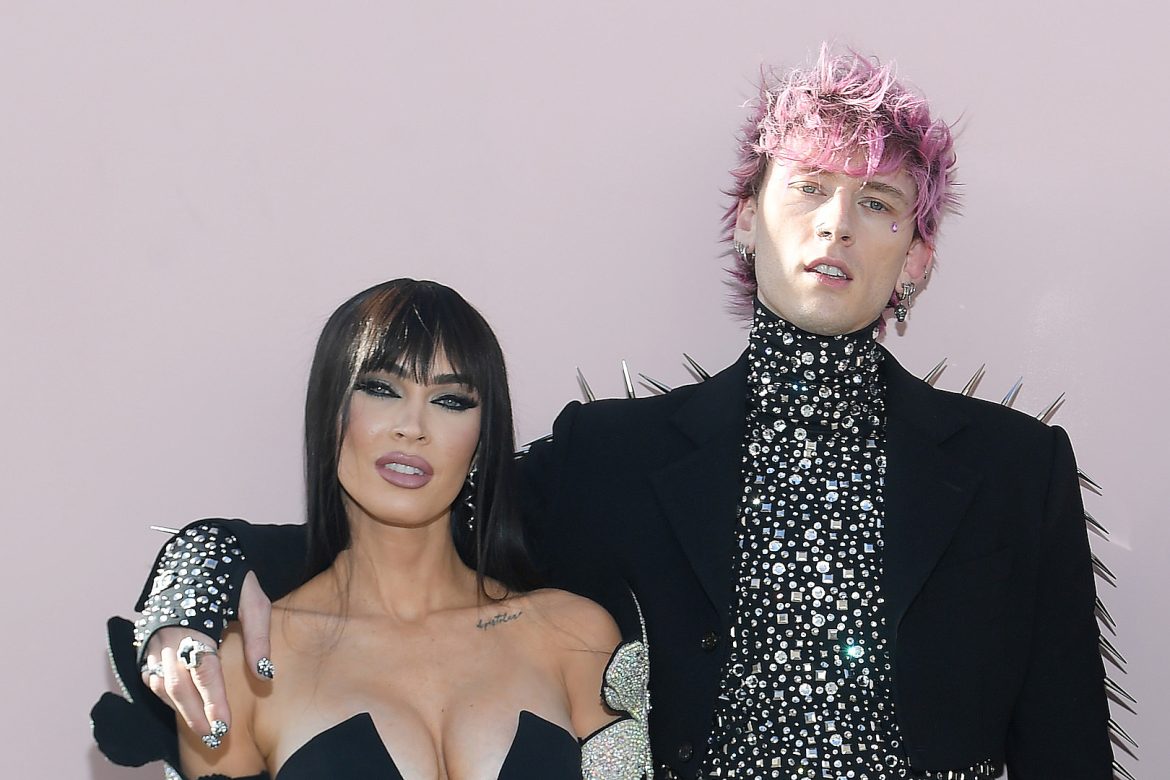 On Monday (May 16), actress Megan Fox celebrated her 36th birthday with fiancé Machine Gun Kelly and, on Instagram, the pop-punk superstar shared a handful of photos from their day out together. In the slideshow is one image that showcases the couples’ matching voodoo doll tattoos on their respective ring fingers.

With a propensity for eccentric means of expressions of love — drinking each other’s blood being one — matching voodoo doll tattoos seem to naturally fit the bill for the celebrity power couple who met each other after MGK first uttered to Fox, “I am weed.”

In the eight-photo Instagram post, MGK shared memories from a ride on Space Mountain in Disneyland as well as shots from their Las Vegas trip for the Billboard Music Awards. Mixed in are one image of the couples’ hands with a clear view of their tattoos as well as a photo of the pair of voodoo dolls they appear to be modeled after.

“Wishing the happiest birthday to my ethereal light being. I love you Maki,” wrote MGK.

The pair began dating in May of 2020 and, in January earlier this year, they declared their lifelong intentions together and got engaged under a banyan tree before consuming the blood of one another. The engagement ring, which MGK helped designed with Stephen Webster, is made of two magnetic bands with thorns and interlocking birthstones, emerald for the actress and diamond for the rocker.

With an aim to make a rap album next, MGK is also turning back to another familiar element of his career, which is acting. He and Mod Sun, who just got engaged to Avril Lavigne in April, star in the stoner comedy film Good Mourning, which will be available in theaters and on select pay-per-view platforms on May 20.