On Saturday (May 15), Ma$e was one of the performers at the Lovers & Friends Festival in Las Vegas. However, the set did not go swimmingly. According to concertgoer @NigelDPresents, the Harlem N.Y. rapper’s performance suffered from issues from the jump.

“So Mase came out like 7 minutes late,” Nigel D tweeted. “Also may have had some techinal issues because he started stalling for a little while after doing a few songs. With a large lineup like this you know some people will get their set cut…..”

Ma$e did reportedly end up getting his set cut short, which he blamed on the powerful forces of Diddy.

“I see what’s going on,” Ma$e told the crowd. “I’m used to being hated on. I’m used to what’s going on. Somebody, somewhere paid a few dollars to stop my show. But that can’t stop somebody like me. I don’t get ran away too easy. I just wasn’t made for that. So I’m gonna take my time.”

“Thank you, Puff,” he added. “You know he paid for that, right? I got you, nigga. I heard you loud and clear.”

The incident comes two months after Ma$e rehashed his beef with his former label owner back in March, when he released the diss track “Oracle 2: Standing on Bodies,” seemingly out of nowhere.

A week later, Ma$e later doubled down on his disdain for Diddy, going in on the Bad Boy head on Instagram Live. “When I see the hurt and the pain of other people on Bad Boy, that motivates me to say something,” Ma$e told nearly 1,000 people watching the feed. “So I don’t be deemed as a person who just made a bunch of money and turned a blind eye. I’m not going to be like the rest of the people around Puff that don’t tell him he’s wrong. I’m not gonna be like the yes men around him that see him ruining people lives and never tell him he’s wrong. More people on here will tell me I’m wrong, but won’t say anything to him. They’ll judge my beliefs, they’ll judge my Christianity and they’ll say nothing to Puff. They’ll say nothing about it’s a concert for Biggie and Biggie own daughter couldn’t get in. They don’t say nothing about that. But all of his friends got 50 and 60 tickets. We’re done with your games.”

XXL has reached out to Diddy’s team for comment. 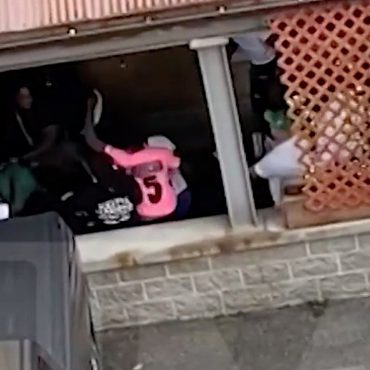 Video has surfaced online of a fight apparently involving Freddie Gibbs just before his scheduled performance this past weekend in Buffalo, N.Y.On Monday (May 16), TMZ obtained footage of Freddie Gibbs being attacked near Buffalo's Dinosaur Bar-B-Que restaurant after rampant rumors spread across the internet throughout the day that the Indiana-bred rapper ran into some heavy smoke. The alleged incident went down before Freddie Gibbs was scheduled to hit the stage for the Buffalo, N.Y. stop of his […]