Luke Combs Celebrates 13th Consecutive No.1 Single With “Doin’ This” 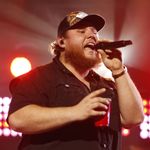 
A celebratory cold beer is in order for CMA Entertainer of the Year, Luke Combs.

The country music sensation recently (May 16) scored his 13th consecutive No. 1 single with “Doin’ This.” The reflective hit graced the top of the Billboard Country Airplay and Mediabase/Country Aircheck charts.

The record-breaking news was announced on the fifth anniversary of his debut single, “Hurricane” going No.1. The North Carolina native shared the coincidence on Twitter and took the time to thank his community for sticking by his side.

“Today is the 5 year Anniversary of “Hurricane” going #1. I get to celebrate with my 13th in a row with “Doin’ This.” That’s INSANE!,” gushed Combs. “Thank you to everyone who has been a part of this every step along the way. Wouldn’t be possible without you. Love y’all!”

Today is the 5 year Anniversary of “Hurricane” going #1. I get to celebrate with my 13th in a row with “Doin’ This”. That’s INSANE! Thank you to everyone who has been a part of this every step along the way. Wouldn’t be possible without you. Love y’all!

Devoted fans responded to the tweet with positive praise and sincere messages.

“What an amazing run @lukecombs has been on, fully deserved at that! “Hurricane” remains an absolute killer track btw,” shared a listener. “ ‘Hurricane’ was the song that got me hooked into country music, cheers @lukecombs,” said another.

The hitmaker released 13 singles to country radio, and all 13 catapulted to the top of the charts. Fan-favorites such as “Lovin’ On You” claimed the leading spot for four weeks, “Better Together” sat at No.1 for five weeks, “Forever After All” for six consecutive weeks, and the title “Beautiful Crazy” made waves for seven whole weeks.

The hitmaker technically has 14 No.1 singles, as his duet “Cold Beer Calling My Name” with Jameson Rodgers also reached maximum success.

Combs penned “Doin’ This” alongside frequent collaborators Robert Williford and Drew Parker. The heartfelt anthem is set to live on his highly anticipated record, “Growin’ Up.” The 12-song collection produced by Combs, Chip Matthews, and Jonathan Singleton is due to drop on June 24.

“I’ve been working on this album on and off for two and a half years now. It was sort of a crazy process through what COVID brought, and what that meant for our touring life last year,” Combs shared in a statement. “It made me have to put a pause on this album for a second, but I’m just really stoked that it’s finally coming out. Working with Chip Matthews and Jonathan Singleton as a producer has been really great, and I think that the fans are going to love these songs. I’m just excited to get them out and see what they think.”

The powerhouse vocalist released “Tomorrow Me’. Combs took to Instagram Tuesday (May 17) to share that the project will include a duet called “Outrunnin’ Your Memory” with Miranda Lambert and the full tracklist.

Until the collection is out, country music fanatics could purchase tickets to his No.1 Parking Lot Party concert on June 8 in Nashville or to his upcoming nationwide trek. 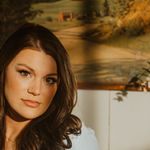 by Tiffany Goldstein 1h ago It takes a courageous risk taker to use the power of music to spark difficult dialogues. Mae Estes is a country newcomer playing a vital role in reshaping the genre with her truthful and non-surface-level storytelling. Estes recently released her single “Thinkin Bout Cheatin,” where she touches upon infidelity from a female perspective. While many legends have produced chart-topping tracks about cheating – Estes tackles […]