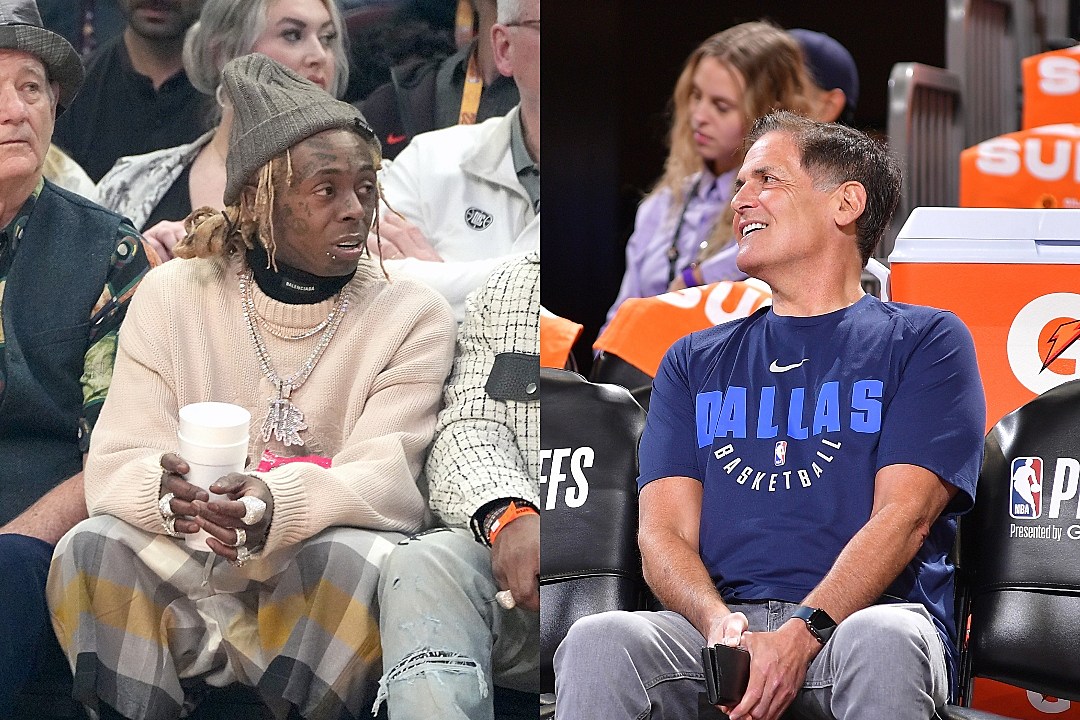 Just after midnight on Wednesday (May 18), Wayne lashed out against Cuban on Twitter in a post the rapper deleted shortly afterward. “Mark Cuban don’t make me get u smacked boy,” Tune typed in the since-deleted post. “U playin [with] me?? I will piss in ya fkn mouth ho.”

The recent friction between Lil Wayne and Mark Cuban appears to have started when Tune called out the Mavericks’ star player Luka Doncic on Twitter.

“Luka a ho,” Wayne, who had been sitting courtside for the Mavericks versus Phoenix Suns NBA Playoffs series, tweeted on May 8 during Game 5 of the series.

The Mavericks ended up winning the series over the Suns in impressive fashion on Sunday night (May 15), by a score of 123-90. Luka had 35 points in the close-out game as Lil Wayne watched on. The rapper then became the butt of jokes and memes. Even Mark Cuban got in on the fun, reposting Wayne’s Luka tweet, along with the line, “It’s a shit show, put you front row.” A lyric from Lil Wayne’s “Uproar.”

Wayne clearly didn’t like the barb from Cuban and being made fun of, so he decided to clap back.

It was all good just a decade ago. Wayne and Cuban have been cordial in the past with one Twitter user pointing at a Lil Wayne tweet from 2011, where the New Orleans rapper expressed excitement over partying with the Mavericks and Cuban after they won the NBA championship.

See 10 of the Shortest Beefs in Hip-Hop

Beefs within rap that ended quickly.