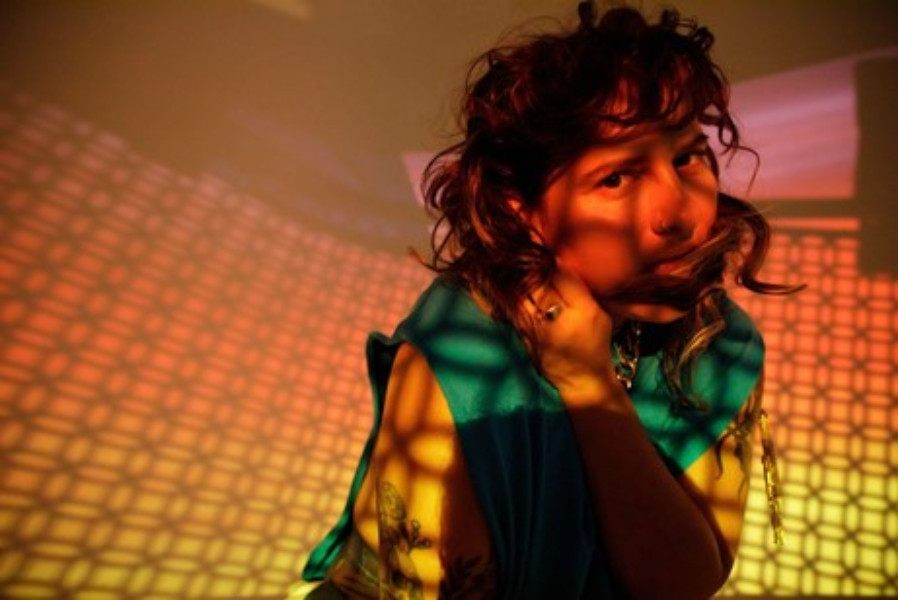 Avant-punk/alternative artist Lakookala, aka Nicole Ranalli, recently unveiled the music video for “Outside of Your Body,” a retro-flavored post-punk song about getting rid of the accumulated stress generated by the pandemic, political unrest, and enervation of the last two years.

Lakookala explains, “The world is radically different than it was a few years ago. I needed to re-energize and was having a difficult time reconnecting to myself, and others. I started writing about all the ways in which I cope, all the usual vices that I go through. I realized how much I missed dancing it off in a sweaty club with friends, and what a healing energy it is to dance. This song is about daydreaming, celebrating coping mechanisms, facing shadows, and expressing rage. It is an ode to my younger self, watching MTV, living in a fantasy, and dancing it off.”

Talking about her sound, a blend of alternative and post-punk, in her interview with VoyageLA, Lakookala shared, “I choose to do music from a very raw and organic standpoint. I record my instruments and vocals with a live approach with very little edits and leave in a lot of things that people in the music industry might view as errors. I do this to hold space for a different type of artist, a different type of woman. We live in a world where art and music are pushed upon us in a shiny and very perfectly tuned and branded way, and that is personally not my truth. I want to deliver music that is fresh and raw, and I hope that when people hear it, they feel something and see that you don’t have to come from a place of perfection in order to be an artist.”

The video, directed by Cojo and Lakookala, depicts Lakookala and Muppet-like creatures dancing in ‘80s workout gear, reminiscent of Richard Simmons. As they go through their moves, the visuals combine with the turbulent music to produce a dissociative episode.

“Outside of Your Body” opens on dark throbbing colors, followed by Lakookala’s visceral voice imbuing the lyrics with an edgy, punk-like flow. A thrumming bassline complements the thick tremble of the guitar, giving the tune a kind of cultural dislocation, at once reckless and dynamic.

Dripping with raw coloration, “Outside of Your Body” delivers cathartic waves of sonic energy as Lakookala vents pent-up forces.