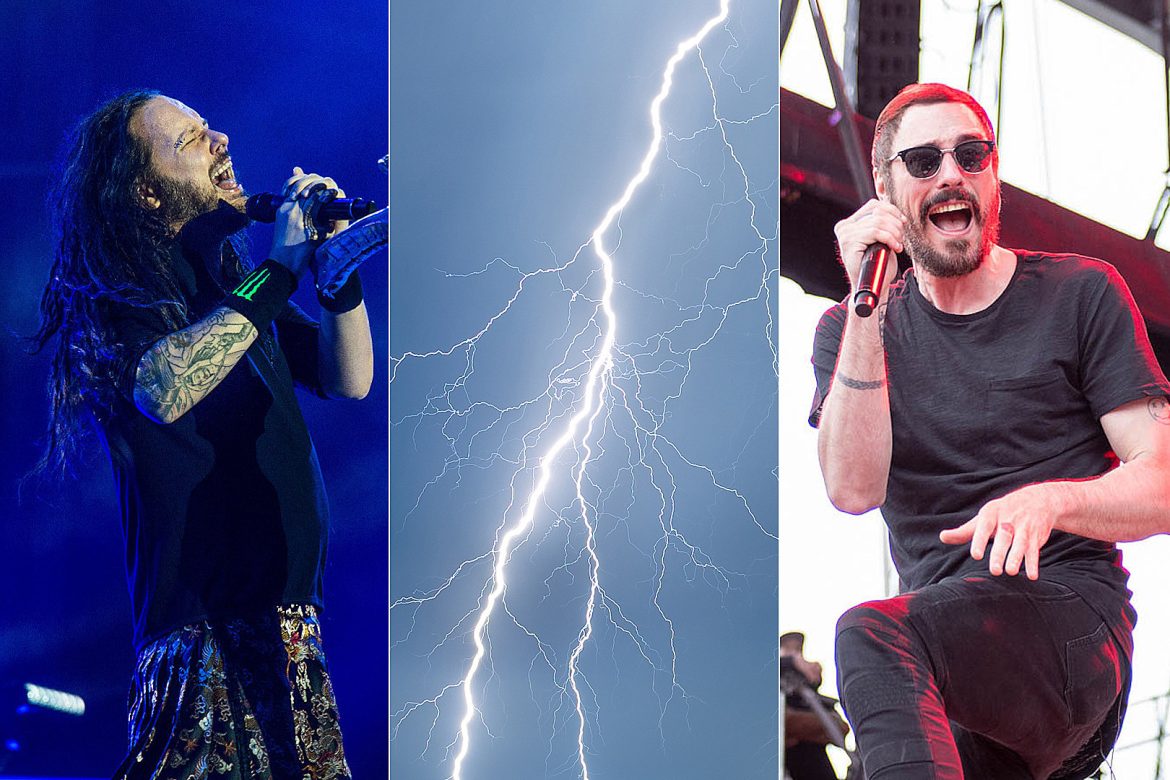 Due to thunderstorms in the area, multiple bands were forced to cancel their Friday (May 20) sets at the Welcome to Rockville Festival, including Korn, Breaking Benjamin and more.

Inclement weather is a typically disruptive force during the U.S. festival season and, although bands are able to endure torrential rains, as was the case last night, when thunder and lightning become a threat, safety protocols take precedent over everything else.

The four-day event, which was preceded by a pre-party event on Wednesday for festival campers, is taking place at Daytona Beach, Florida as the United States is in the grips of both an extreme heatwave set to overtake the eastern half of the country this weekend, while other areas, Colorado in particular, are facing potential record-setting snowfall with upward of one foot of snow incoming.

Citing a “high risk of continued weather over the next few hours,” the festival, organized by promoter Danny Wimmer Presents, announced that the remainder of the night had been canceled.

Earlier in the day, Skillet‘s set was nixed due to weather while Megadeth had to bow out because of “travel delays.”

Additionally, in anticipation of more extreme weather, Welcome to Rockville has issued an advisory to attendees, with specific instructions for campers on how to properly secure all their belongings and safely seek shelter if need be.

Tonight (May 21), Guns N’ Roses, Shinedown, In Flames and Crown the Empire will headline one stage apiece with Nine Inch Nails, Smashing Pumpkins, The Hu and Escape the Fate set to do the same on Sunday (May 22) to conclude this year’s event.

See the daily lineups here and, for anyone in attendance, be mindful of weather and safety precaution updates throughout the day.