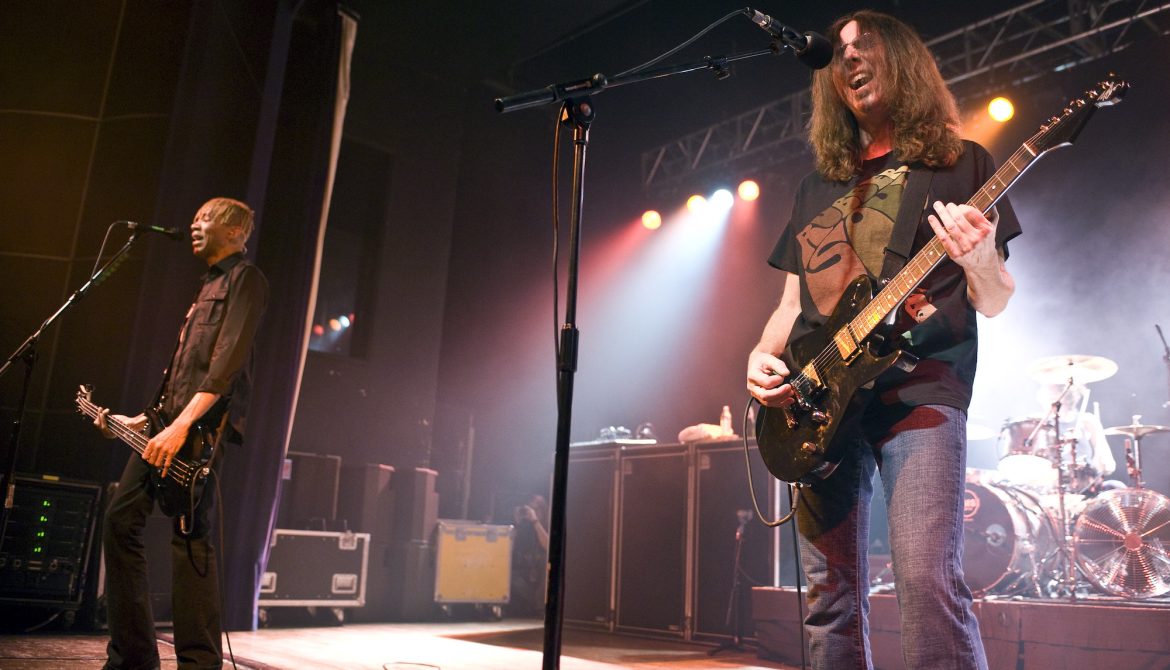 Back in 2019, prog metal veterans King’s X announced that they had entered Blacksound Studio in Pasadena, California to record their first album in over a decade.

At the time, the band – comprised of electric guitar hero Ty Tabor, bass guitar player Doug Pinnick and drummer Jerry Gaskill – said that the album would be released later in 2019 via Golden Robot Records.

Today (May 5), King’s X announced that they have completed work on their 13th studio album, and that it will be released by InsideOut/Sony, with whom the band have signed once again.

“I have a long standing relationship with InsideOut and am so pleased that InsideOut/Sony is releasing the new King’s X album,” Tabor said in a press release.

“I feel like it’s been forever since we put out a new album, and I’m ready for the world to hear our latest offering,” added Pinnick. “Hopefully there’s a little bit of everything that you love about King’s X, three sides of one is the best way to describe it. The groove is with us!”

Though it’s been a number of years since the last King’s X record, Tabor and Pinnick in particular have kept busy in the intervening years with a multitude of solo and side projects.

Aside from his past work with The Jelly Jam, Jughead, Xenuphobe and Platypus, Tabor has released a steady stream of solo LPs, the latest of which – Shades – arrived earlier this year.

Pinnick has also released a number of solo albums, and played in bands with Eric Gales, Pearl Jam’s Jeff Ament and George Lynch, among others.

Produced by Michael Parnin – whose credits include engineering work on Rage Against the Machine’s The Battle of Los Angeles – the new King’s X album is set to be released on September 2.

For updates on the as-yet-untitled album, keep your eyes on King’s X’s website.