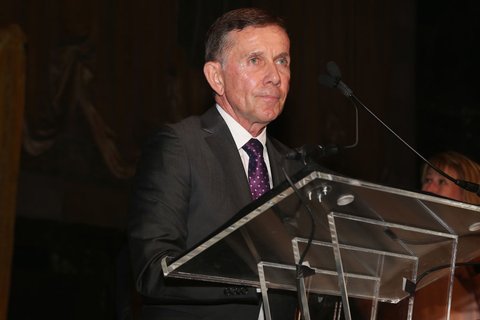 Goodness gracious great balls of fire, The Country Music Hall of Fame revealed its 2022 inductees on Tuesday and Jerry Lee Lewis, Keith Whitley and Joe Galante are set to be the next members.

“This year’s inductees are trailblazers who each paved their own unique path within Country Music,” said Sarah Trahern, CMA Chief Executive Officer in a statement. “Jerry Lee, Keith and Joe each found their musical callings early in life and displayed a strong-minded and fierce passion for music-making. In very different ways, they all have left a lasting impact on the industry and generations of fans alike. I am thrilled to welcome this deserving class into the Country Music Hall of Fame.”

Galante says he was speechless for the first time in his career upon hearing the news of his induction.

“I’m humbled, beyond honored and honestly, I’m still trying to wrap my head around this,” Galante said.
Lewis called it “the highest honor” and said it is a “humbling experience.”

“The little boy from Ferriday, LA listening to Jimmie Rodgers and Hank Williams never thought he’d be in a Hall amongst them,” Lewis said in a statement. “I am appreciative of all those who have recognized that Jerry Lee Lewis music is Country Music and to our almighty God for his never-ending redeeming grace.”

Lorrie Morgan was present to accept the honor on behalf of her late husband.

“In my heart, this feels like an absolutely appropriate honor, but at the same time, I know that Keith would be painfully humbled and even shy about accepting an induction into the Country Music Hall of Fame,” Morgan said. “Music was all about emotion to Keith. It was personal. There were so many great artists he admired, even worshipped. To stand in their company in the Hall of Fame would’ve been overwhelmingly emotional for him. I am thrilled to see him honored this way, and for what it means to my children, Morgan and Jesse Keith; to Keith’s grandchildren; the Whitley family, and to the many, many fans who continue to point to Keith as one of the all-time greats.”

A formal induction ceremony for Galante, Lewis and Whitley will take place at the Country Music Hall of Fame and Museum in the CMA Theater this fall.