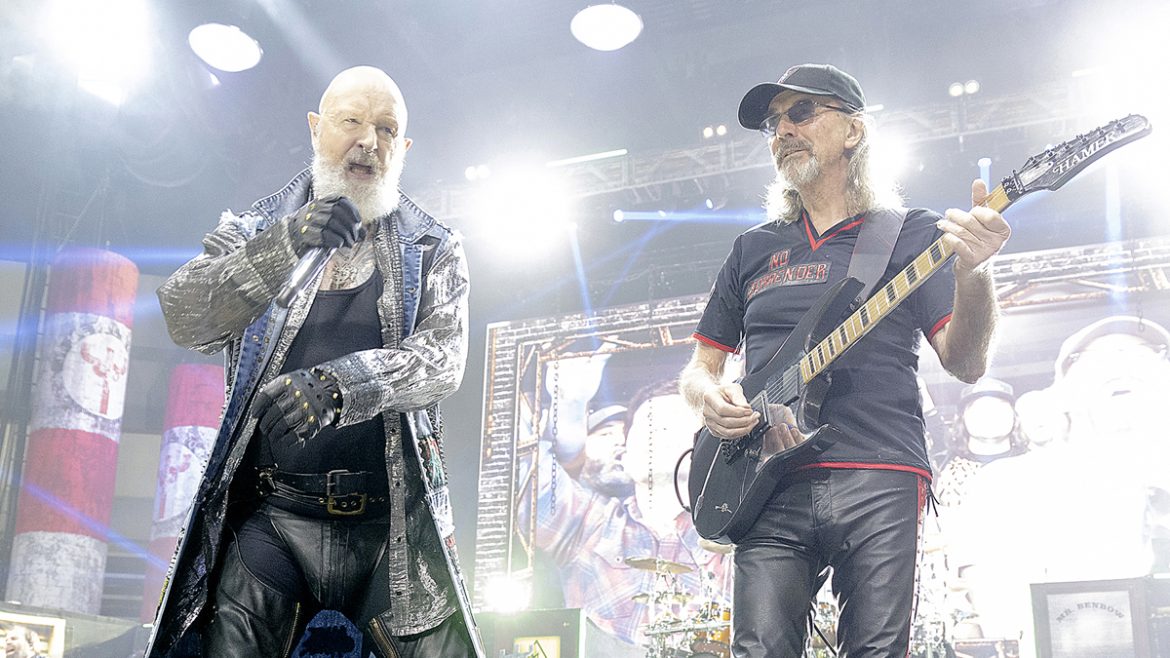 After a 17-artist shortlist of potential inductees was unveiled earlier this year, it’s now been officially confirmed that Judas Priest will be inducted into the Rock & Roll Hall of Fame, 23 years after they first became eligible.

Priest will be bestowed the Musical Excellence Award when the induction ceremony takes place later this year on November 5 at the Microsoft Theater in Los Angeles, California.

The band’s induction has been a long time coming. Long considered to be one of the event’s biggest snubs, Judas Priest’s induction marks the third time the band has been nominated for an award, after unsuccessful attempts in 2018 and 2020.

In response to the successful induction, Priest singer Rob Halford told Billboard, “The other day I was just noodling on the Rock & Roll Hall of Fame site, and when you look at the list of talent in there, it’s absolutely extraordinary.

“It’s a very, very important institution for recognizing various people that have been in music since music began, right from the beginning of rock ‘n’ roll,” he added. “To be part of that is, like, wow…

“And glory hallelujah, there’s another metal band in now. That’s the blessing we’ve all been waiting for. I think it validates the real musical adventure that Judas Priest has been on since Rocka Rolla (in 1974). We’re a band that has taken you through many, many different, many dimensions, of metal.”

Halford also went on to say that Priest’s former members, including K.K. Downing, have “every right to be a part of the event“.

“I’m very pleased for everybody,“ Halford noted. “There’s no bitterness. There’s no angst. There’s not that kind of stuff that’s lingering. If there is, you have to push all that away. You have to push it to the side and just understand and accept and respect this wonderful opportunity and what it represents in terms of recognition and a celebration.”

Another standout inclusion in the list of inductees is the late Elizabeth Cotten – the self-taught, left-handed blues guitarist who pioneered the “Cotten picking” technique – who has been bestowed the Early Influence Award owing to the lasting impact she had on the blues scene.

One of the most inspiring left-handed guitarists to ever pick up a guitar, Cotten wrote her most notable work, Freight Train, at the age of just 12 years old in around 1904, though credit for its composition was eventually taken by two English songwriters when it became a hit in the ‘50s.

In its bio of Cotten, the Rock & Roll Hall of Fame commended the fingerstyle player for her “musical inventiveness”, which “influenced countless other musicians”.

“Freight Train still stands as an immortal American folk classic,” the Rock Hall wrote, “and many of her songs have become staples in the repertoires of thousands of artists who have kept her unique musical legacy alive.”

Joining Judas Priest and Cotten on the induction list is Jimmy Jam and Terry Lewis – the R&B production/multi-instrumentalist duo, who are also receiving the Musical Excellence Award – as well as Duran Duran, Eurythmics and Lionel Richie, who are receiving nods in the Performer Category.

Others to receive the Performer Award include Carly Simon, Pat Benatar & Neil Giraldo, Eminem and – despite wanting to withdraw her Rock & Roll Hall of Fame nomination in March – Dolly Parton.

The induction list is completed by Allen Grubman, Jimmy Iovine and Sylvia Robinson, who will be receiving the Ahmet Ertegun Award.

Notably, it’s the first time in the Rock Hall’s 37-year history that six female acts have been inducted in one go.

Chairman of the Rock & Roll Hall of Fame John Sykes said of the list, “This diverse group of inductees each had a profound impact on the sound of youth culture and helped change the course of rock ‘n’ roll. Their music moved generations and influenced so many artists that followed.”

The induction ceremony will take place on November 5, and will air on HBO and HBO Max at a later date.

To find out more about each inductee, head over to the Rock & Roll Hall of Fame website.

Matt is a News Writer, writing for Guitar World, Guitarist and Total Guitar. He has a Masters in the guitar, a degree in history, and has spent the last 16 years playing everything from blues and jazz to indie and pop. When he’s not combining his passion for writing and music during his day job, Matt records for a number of UK-based bands and songwriters as a session musician.