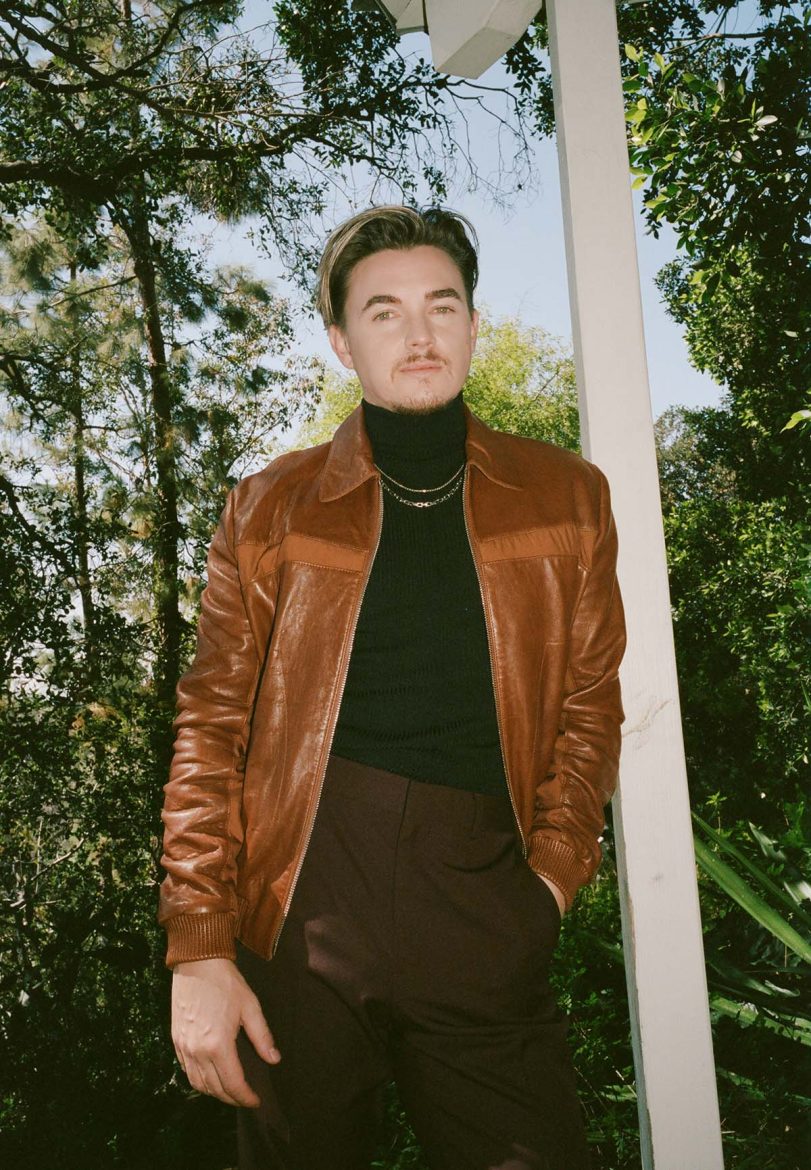 Crooning through life! Jesse McCartney has been a musical marvel since his early days of belting out hits “Beautiful Soul” and “She’s No You” — and he’s shown no signs of slowing down.

“Performing live on stage again was amazing, thank you @MaskedSingerFOX! I can’t wait to do it again next May on the New Stage 2022 Tour!❤️,” the 35-year-old Summerland alum — who released his album New Stage earlier this year — wrote via Instagram while announcing his forthcoming live concerts in December 2021.

McCartney’s cross-country tour kicks off on May 3 in Cincinnati with opening acts Jamie Miller and Casey Baer. Performances are set to run through June 25.

The former Dream Street member’s latest chart-topping hits have, in part, been inspired by his wife, Katie Peterson, whom he wed in October 2021.

“She’s certainly a big muse for this album and you can hear it lyrically. It’s too specific not to be about a certain person,” the Masked Singer alum exclusively told Us Weekly in August 2021 of his longtime love. “I think the new album coming out is some of my best writing and some of the most poignant writing. [It] really talks about what it’s like for me as an artist, growing up in the industry and what it’s like being in a relationship and being in the industry. I think [it’s] really accessible for people.”

Scroll below to learn more about the “Better With You” crooner, who shared 25 fun facts exclusively with Us:

1. My wife and I still haven’t taken our honeymoon. We’ve narrowed it down to four places: Indonesia, Argentina, Croatia or Greece. We’re all over the map!

2. My favorite songs [have] got to be a Beatles song, maybe “Blackbird” or “Here There and Everywhere.”

3. My proudest moment was watching my wife, Katie, walk down the aisle.

4. I was a bit more quiet and serious as a kid. My extroverted nature developed as I got older.

5. One time as a kid, my parents took me to the theaters to see a movie, but it was sold out. Instead, they bought tickets to Ace Ventura Pet Detective, thinking it was a kid’s flick. I memorized all of the dialogue and would recite it to my second grade schoolteachers. The parent/teacher conferences must have been fun!

6. Social media can be an amazing tool. However, I also think it’s limited people’s comprehensive thinking and writing, particularly for our youth. People read 280 characters and are suddenly an expert in a topic. It makes for a lot of uninformed people, which is frustrating.

7. I love sushi, but there’s nothing better than a large cheese pizza and bottle of red wine.

9. My favorite [way] to spend my downtime is building memories around a new activity or [binging] a show.

10. My favorite way to exercise [is] jumping rope and lifting weights.

11. My pet peeve is when people forget to use their turn signal.

12. The passage of time scares me.

13. My wife’s family sells all the flowers at Costco. It has inspired me to get good at arranging flowers.

14. My first paid job was at the age of 9 when I performed in a national Broadway touring company of The King and I. I played the role of Louis.

15. My father used to make me cut the grass with a stand-up lawn mower on a half-acre of land. At 8 years old! He didn’t want show business going to my head.

16. I remember seeing Billy Joel play at [Madison Square Garden] when I was kid growing up, and thinking, “I’m going to do that someday.”

17. My weakness is baked goods. I’m like Paul Rudd in This is 40 eating a cupcake over the garbage can.

18. I am currently binging the entire Shark Tank series.

19. [My favorite movie snack is] always a large, buttered popcorn. But the kicker is that I drive to a movie theater that’s seven miles further than the closest one, simply because they have a slushie machine.

23. My favorite app is Postmates.

24. The thumbs-up is my most used emoji.

25. I’m an amateur pitmaster. I can pretty much smoke anything on my smoker.