Interpol has released “Fables,” the third pre-release single from its upcoming album The Other Side of Make-Believe. Per frontman Paul Banks, the track features one of guitarist Daniel Kessler’s “hottest licks, a breezy vocal with optimistic lyrics and a bouncy drum beat evocative of classic R&B with a nod to the golden age of hip-hop. It’s a summer jam and a piece of music we are particularly proud of.”

“Fables” has already become a nightly part of Interpol’s set lists on the band’s in-progress world tour, as have fellow new album songs “Something Changed,” “Toni” and “Into the Night.” A fifth new track, “Gran Hotel,” made its debut on May 11 in Boston and has been performed twice since.

The Other Side of Make-Believe was produced with rock veterans Flood and Alan Moulder and arrives July 15 via Matador.

As previously reported, Interpol is teaming up with Matador labelmates Spoon and The Goon Sax for the “Lights, Camera, Factions” tour later this summer, beginning Aug. 25 in Asbury Park, N.J. 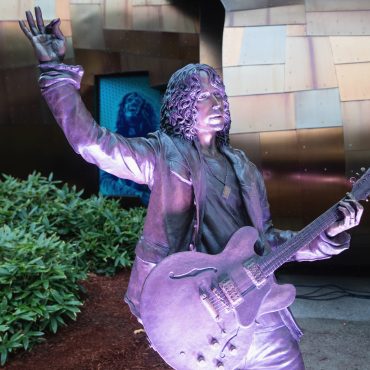 It’s difficult at times to drive around Seattle and not recognize the ultramega imprint that Chris Cornell left behind on his hometown. At least it is for me. Even for a city that’s widely known for ruthlessly tearing away and repurposing its own history in the name of “progress” – think bigger, taller, glassier high-rises as far as the eye can see – Chris’s fingerprints are everywhere. Rolling down Leary […]