How to get Fortnite x Coachella skins and cosmetics 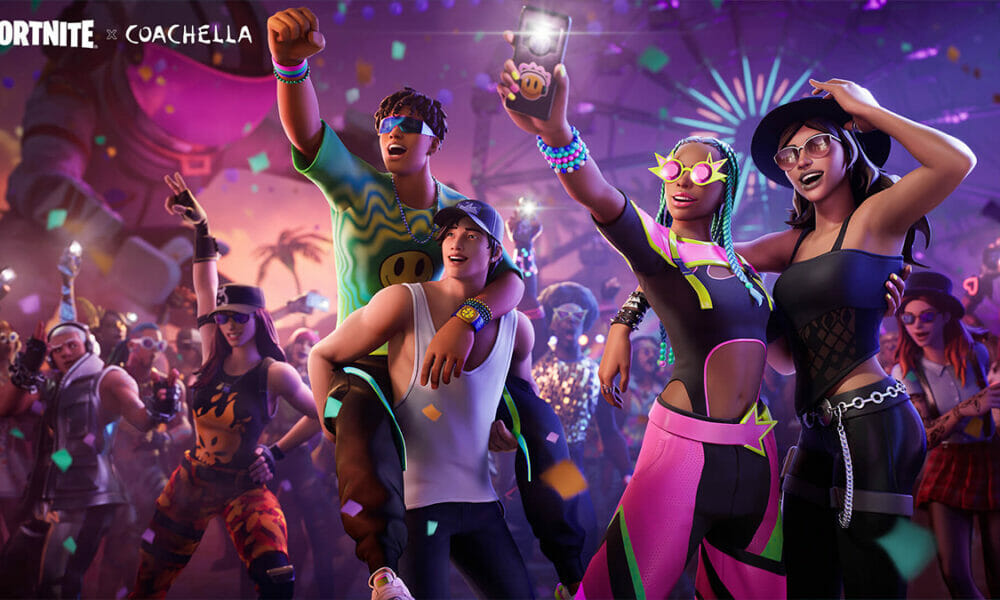 Fortnite is teaming up with popular music festival Coachella to bring the sounds and style of the event to Epic Games’ metaverse.

Crossovers are nothing new for Fortnite. From promoting highly anticipated movies to further immortalizing iconic video game characters, Fortnite has opened itself to a number of elaborate collaborations.

These crossovers have also resulted in massive out-of-this-world concert experiences. Both Travis Scott and Ariana Grande have had musical experiences that remain unrivaled in the digital space.

However, the crossover with Coachella is a first of its kind. Fortnite has crossed over with brands in the past, but never a festival. This crossover includes new in-game music, as well as multiple waves of cosmetics.

There are two waves of Coachella skins coming to Fortnite. The first was released on April 14.

This wave includes skins Lyric and Wilder, the Neon Biter and Festival Shredder pickaxes, and the Finfin flair wrap. Each skin costs 1,500 V-Bucks, but a bundle including all items can be purchased for the discounted price of 2,800 V-Bucks.

The second wave of cosmetics drops on April 21 at 8 PM EST. This drop includes the Alto and Poet outfits, Softest Electropalm and Cactical Crusher pickaxes, and Mainstage Wrap.

These skins are also 1,500 V-Bucks each, but a similar bundle will be offered again for the price of 2,800 V-Bucks.

The cosmetics will only be available for a limited time, and it’s unknown whether they will be coming back. So, if you want to rock the threads of Coachella, you better snag these Fortnite cosmetics while you can.

Fortnite Chapter 3 Season 2 has a ton of weekly challenges to complete, and here is a list of every one including how much XP they’re worth. Fortnite Chapter 3 Season 2 has new challenges released every week, and here you can find every seasonal challenge!

A new season means a new Battle Pass for players to grind. With 100+ tiers of exclusive cosmetics, players will need a ton of XP to claim them all.

The best way to gain a lot of XP in a short period of time is to complete challenges. Luckily, Epic Games releases new challenges each week that players can complete. And the best part, the challenges don’t expire until the end of the season.

So, whether you’re trying to catch up at the end of the season, or are looking for this week’s challenges, you’ve come to the right place. Here is every weekly Seasonal challenge in Fortnite Season 2.

On top of weekly challenges, players have additional Bonus Goals they can reach by completing challenges. The Fortnite Season 2 Bonus Goals are as follows:

We will continue to update this article as more seasonal quests are released. Until then, check out where to find all of the Omni Chips in Fortnite.

Fortnite Season 2 introduces a pickaxes called the Omni Sword that players can customize using Omni Chips. Here’s how to get them!

Epic Games has introduced Omni Chips in Fortnite Season 2 which players can use to customize the new Omni Sword.

With each new Fortnite season, players can look forward to a new form of currency used to unlock different cosmetics. In seasons past, players had to collect feathers, paint cans, and alien artifacts.

Now, Fortnite Season 2 introduces Omni Chips. This seasonal currency can be used by players to unlock customization options for the Omni Sword.

Here’s how to unlock the Omni Sword and where to find Omni Chips in Fortnite Season 2.

Where to find Omni Chips in Fortnite Season 2

In order to start collecting Omni Chips, players first need to unlock the Omni Sword Pickaxe. This is on page one of the Battle Pass and can be purchased for 7 Battle Stars.

Now that players have the sword, it’s time to start collecting Omni Chips. Each week, players will be given a new set of Omni Sword quests that reward them with Omni Chips once completed.

The quests are as simple as visiting specific locations and collecting Omni Chips. The maps below will show where that week’s chips are located starting with week 1.

It’s important to note that while the challenges are released weekly, they won’t expire until the end of the season. Meaning you can wait until the last minute to collect all of the Omni Chips.

For more Fortnite, check out how to unlock Prowler in Season 2.

The Egg Launcher and Bouncy Eggs are back in Fortnite for a limited time, and here is where you can find them before Easter is over. The festive Egg Launcher and Bouncy Eggs are back in Fortnite for a limited time, and here is where you can find them!

Epic Games has continued to create festive content for different holidays no matter how small. Players have experienced a variety of events from massive updates during Halloween and Christmas, to themed costumes for St. Patricks Day.

Regardless, holidays are exciting times for Fortnite fans. New items, new cosmetics, and new events are the lifeblood of the game, after all.

But there are also some returning elements that players look forward to each year. That’s especially the case for the Easter holiday which normally sees the return of the Egg launcher and the Bouncy Eggs.

The Egg Launcher is an Easter-themed grenade launcher that, as the name suggests, shoots explosive eggs. The Bouncy Eggs are a consumable that resembles a chocolate egg, but it gives players the low-gravity effect.

They won’t be in Fortnite for long, but they aren’t hard to find in the slightest. The Egg Launcher is found in normal chests as well as on the ground. And Bouncy Eggs are found on the ground all across the Island.

These items will only be in the game for a limited time, and will likely be removed on April 18. This is the day after Easter.

With the grenade launcher being vaulted, the egg launcher is the next best thing. And with the buff making eggs explode on impact, this weapon will be a menace in both builds and zero build mode.

For more Fortnite, check out where to find all of the Omni Chips in Fortnite Season 2. 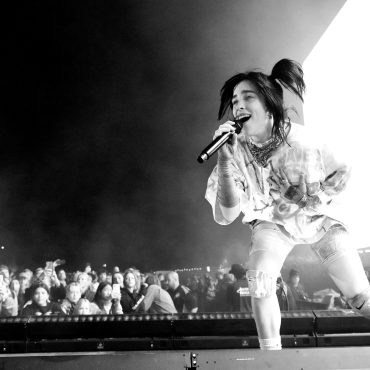 While most people know the name Danny Elfman from The Simpsons theme and scores to movies like Batman, The Nightmare Before Christmas, and Men In Black, some will recall that he was also the lead singer of the New Wave group Oingo Boingo. (Indeed, true heads may even still call them the Mystic Knights of the Oingo Boingo.) As the L.A. Times reported, he opened his unusual set by proclaiming, […]