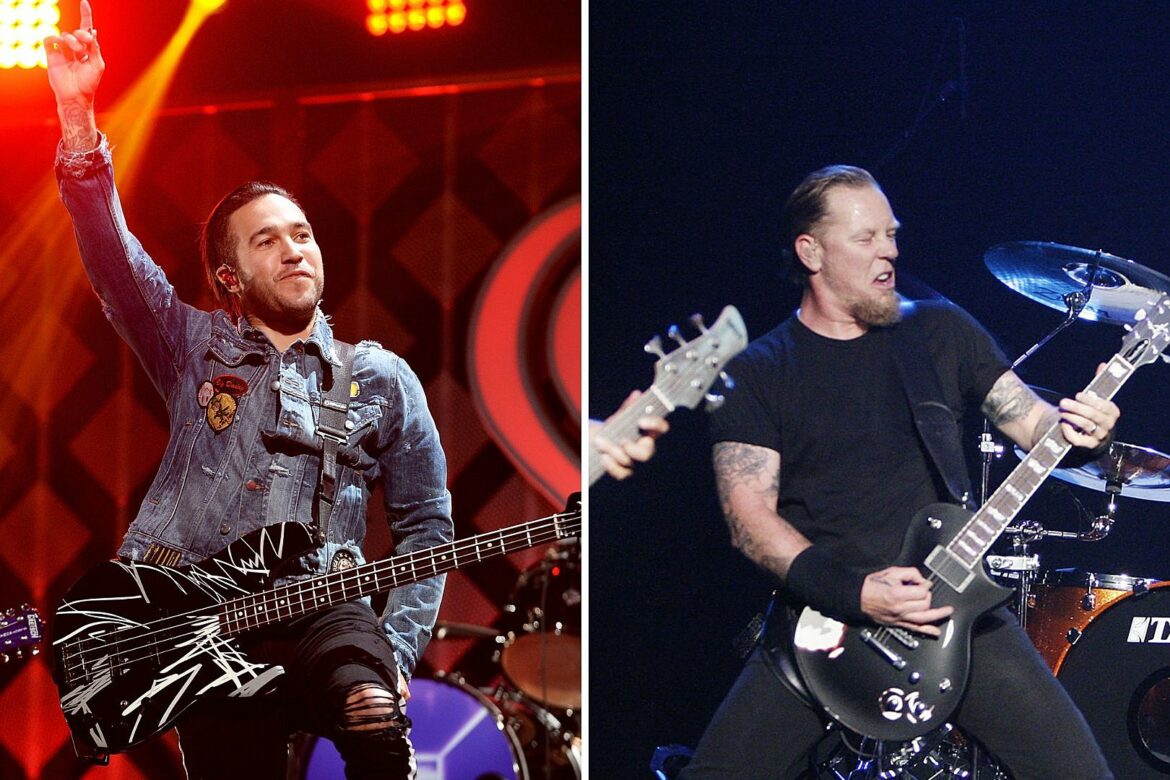 The Fall Out Boy bassist and figurehead watched the Metallica doc ahead of the recording of his group’s eighth studio album, the forthcoming So Much (for) Stardust.

Metallica: Some Kind of Monster shines a light on the sometimes tense recording of the metal band’s 2003 album, St. Anger, and goes behind the scenes on the addition of now-longtime Metallica bassist Robert Trujillo after former member Jason Newsted‘s departure.

Today, it offers a unique look at a veteran band still on the climb. Perhaps that’s what Wentz took from it when he watched it while preparing. Fall Out Boy formed in 2001, Metallica in 1981.

“Before we started working on the [new] record, I was watching Some Kind of Monster,” Wentz tells Zane Lowe on Apple Music 1. “Somehow in my head, I always thought that they were a band for 30 or 40 years.”

He continues, “I don’t really know why but I was like, oh, we’ve been a band the same length that they were a band when they shot this, which is just a really weird mirror to look into.”

Apparently, other members of Fall Out Boy also watched Some Kind of Monster, or at least spoke with Wentz about the metal doc. That includes lead singer and guitarist Patrick Stump.

“Because what you were saying, the thing about, ‘Do they get along?'” Stump adds. “There’s so many things that have to line up for a band to make a record at this point, let alone a good one.”

On Wednesday (Jan. 18), Fall Out Boy released the first single from So Much (for) Stardust, “Love From the Other Side.” They’ve issued a hits compilation and an EP since their last album, 2017’s M A N I A.

So Much (for) Stardust arrives March 24.

Fall Out Boy, “Love From the Other Side” (Music Video)

Metallica: A Photo Timeline of Their Remarkable Career

A photo timeline of Metallica’s career.