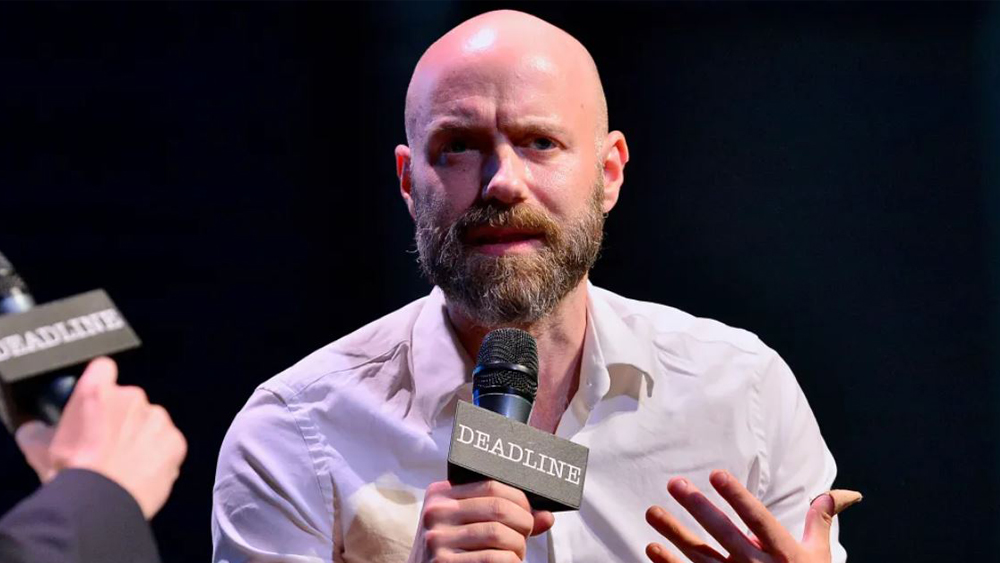 “The really fun thing about [the project] is that the actual score starts learning from the songs as the show goes,” Romer explained at Deadline’s Sound & Screen event at UCLA’s Royce Hall.

“It’s not supposed to go the other way around: the songs aren’t aware of the score, but the scores were the songs,” said Romer, whose music credits include the scores for Beasts of the Southern Wild and Luca and producing tracks for Shawn Mendes and pop duo A Great Big World. “So it’s really fun palette to play with. It was like, ‘Oh, we have this melody that they sing. Let’s put that melody in the Shakespeare [play scenes] and let’s put that Shakespeare melody in the score.’’”

He added: “There’s a bunch of modalities of music in the show. There’s the actual score, there’s the folk songs that the symphony themselves were supposed to have written … and then there’s the music they play for the orchestra in the show that plays over the Shakespeare. … Before we filmed, a lot of the Shakespeare music was written and the songs were written, so they could play it on set and sing it on set.”

The composer said that his self-imposed rules included composing a score played by “all instruments you carry around,” much as the show’s Traveling Symphony does as they tour the Midwest after a deadly virus had upended society. And he revealed that Station Eleven’s executive producer Patrick Somerville, for whom Romer also scored Maniac, is a very hands-on creator, literally, when it comes to the music.

“It’s really much more of a back-and-forth,” said Romer. “I think that we completely influence each other and all of our ideas, and then whenever I’m done writing something I’m like, ‘You gotta come sit with me at the desk. We got to just sit down and look at the sessions and work on it together!’ It’s just so fun jamming together.”

He added: “This is such an intrinsic collaboration between Patrick and I and we just spent so much time together, making music and crying and talking about the story. It was an incredible experience working with him.