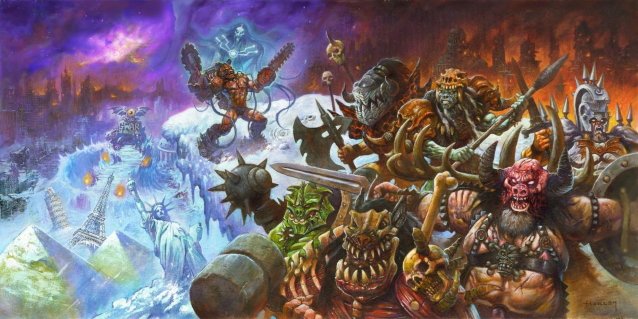 GWAR has released a new song called “Berserker Mode”. The track is taken from the band’s upcoming album, “The New Dark Ages”, which will arrive on CD/digital June 3 and vinyl and cassette on September 16 via GWAR‘s own Pit Records. The visualizer for the song features the first animated art cells from the band’s upcoming graphic novel “GWAR In The Duoverse Of Absurdity”.

GWAR vocalist Blöthar The Berserker states: “This is my origin story, about transforming into a drug-jacked unpredictable liability on the battlefield. But like me, it has a softer side, a tale of the struggle of becoming my authentic self…a sexy, multi-donged, vajazzzled, Viking cow beast known as… The Berserker Blóthar!!”

“The New Dark Ages” chronicles GWAR‘s adventures in the Duoverse, where the band rediscovers old powers such as Blöthar‘s terrifying Berserker Mode, and encounter new allies, such as the murderous maven known as The Cutter. Along the way, they battle the living monuments of a lost cause and armies of undead soldiers who rise again to fight a new civil war.

The album concept is tied to a companion graphic novel “GWAR In The Duoverse Of Absurdity”, which will also be released by Z2 Comics on June 3. In the graphic novel, the bandmembers are sucked off into an alternate universe to do battle with their evil twins and the specter of rogue technology.

In support of the album, GWAR will return to the road this spring on “The Black Death Rager World Tour”. The trek starts May 19 in Ft. Wayne, Indiana and runs through June 17 in Reading, Pennsylvania. Support will be provided by GOATWHORE, THE NATIVE HOWL and NEKROGOBLIKON.

Following the U.S. leg of the tour, GWAR will return to Europe this summer, including appearances at the Bloodstock Open Air and Wacken Open Air festivals.

“GWAR In The Duoverse Of Absurdity” chronicles the epic battle between GWAR and their doppelgangers from an alternate universe the band discovers behind their treasured Magic Mirror. The book uses an innovative storytelling technique that combines words and pictures printed on paper (made from real trees!) in a seamless format we are calling a “graphic novel.” The tale is illustrated by the masterful talents of Andy MacDonald (“Wolverine”, “Dr Strange”, “Wonder Woman”),Shane White (“Things Undone”, “Braun”, “Endless Summer”),Matt Maguire (GWAR) and Bob Gorman (GWAR).

Dave Brockie, who fronted GWAR under the name Oderus Urungus, was found dead in his home in Richmond, Virginia in March 2014. According to Virginia’s State Medical Examiner’s Office, he died from acute heroin toxicity by accidental means.

Brockie was last remaining original member of GWAR, which was founded 38 years ago. He was 50 years old.

The satirical metal band earned a following for its macabre, over-the-top costumes, offensive lyrics and graphic, gore-soaked shows, in which the bandmembers performed as the descendants of alien warriors who arrived on Earth to enslave and slaughter the human race. 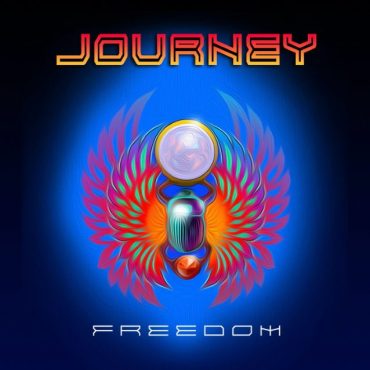 Legendary rockers JOURNEY have released a new single, "Let It Rain". The song is taken from the band's upcoming album, "Freedom", which will arrive on July 8 via BMG except in Europe and Japan, where it will be issued via Frontiers Music Srl."Just coming off of the first leg of our sold-out JOURNEY 'Freedom' tour, we are excited for our new single release 'Let It Rain' as it offers a […]