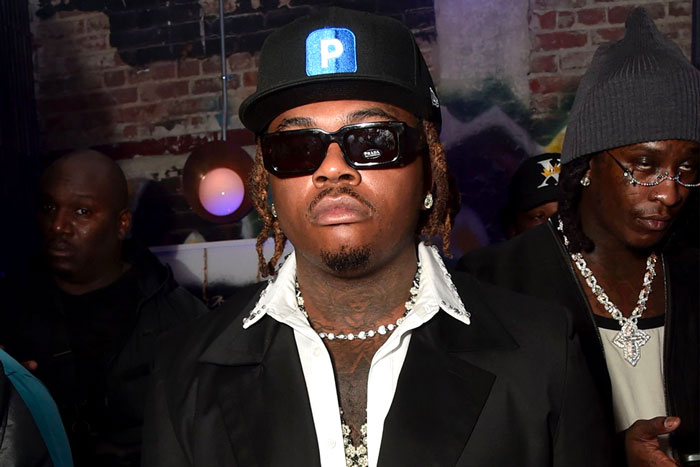 Gunna is pushing back at the “pushin P” controversy.

During his appearance on Uninterrupted’s “The Shop,” the Atlanta rapper once again addressed claims that he stole the slang for his DS4EVER hit from the Bay Area. When music mogul Steve Stoute asked about the accusations, Gunna didn’t seem bothered by the backlash and said the term is universal.

“Come to find out, they just come from player shit, too,” he said. “That’s what I took from it, like bro, everybody been player. Your uncles and aunties, they was player.”

He went on to explain that he was introduced to it by the “older dope boys” from the Porters Ridge neighborhood in Georgia where he grew up. “I learned that from them. Got in the game and ran with it,” he said.

Gunna previously credited his father for teaching him his “player” ways. “My 🅿️ops taught me how to be a 🅿️laya long time ago.. Pz are worldwide,” he said in January.

Gunna responds to Bay Area natives saying he stole their slang.. “My 🅿️ops taught me how to be a 🅿️laya long time ago.. Pz are worldwide” pic.twitter.com/C8M3OQuKZb

During an interview with Complex, Gunna acknowledged that he didn’t come up with “pushin P,”​​​​​​​​​​​​​​ but he did popularize it and bring it to the masses.

“The world is just now catching on because of the song, but Atlanta and LA people who know me know,” he said. “That’s why it hit hard, too, because I really been kicking P outside of music. So when I bring it to music, it’s like, yeah, that’s really him. He ain’t lying.”

Despite the controversy, there’s no denying Gunna’s influence, with everyone from Kim Kardashian to Nike referencing “pushin P.”

We had an internal meeting, and without getting into details, we’re pushin 🅿️ all year.